In 2019, colleague Oliver Jewell published a paper about white sharks hunting in kelp.
He asked me to come up with something creative as promotional material.
So I build a steel kelp shark using Maya. 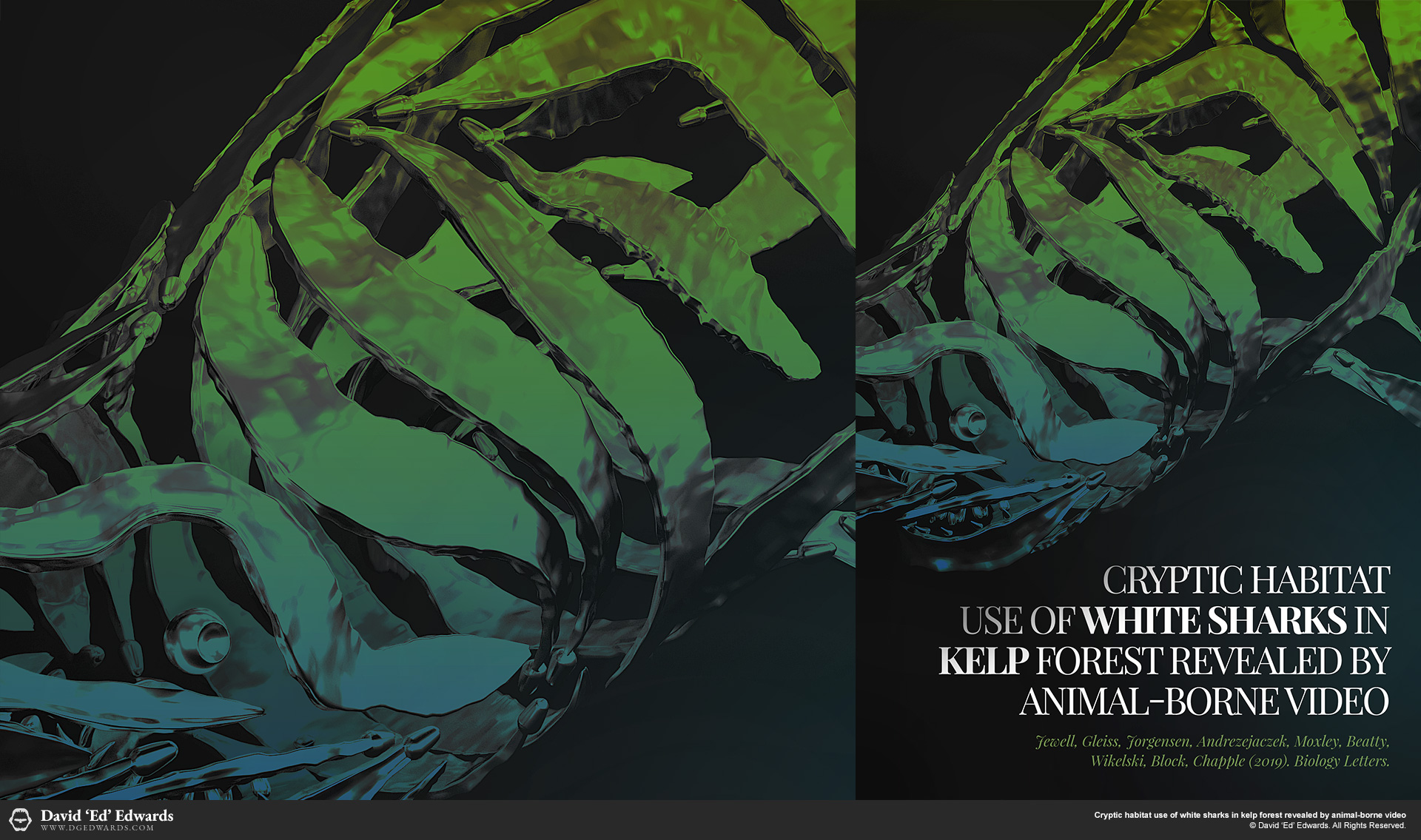 The shark itself was sculpted in Maya. A series of kelp ‘leaves’ were modelled using polygons, with surface variations applied through the use of a noise texture. A lattice was then used to add variation to the shape of each leaf, before a skeleton was applied to allow easy manipulation.

In terms of the overall shape, I downloaded a free white shark OBJ which I then posed in ZBrush. This was imported back into Maya and essentially used as a guide around which the leaves were placed.

Early previews of the shark sculpt.

I initially placed kelp leaves around the border of the shark, defining key areas like snout, fins and tail.

It was then a case of simply adding leaves within these borders to give the appropriate sense of volume and mass.

There are probably much quicker ways of doing this, but placing and refining each individual leaf felt similar to how I would attempt doing such a thing with physical materials. I would argue that the resultant imperfections provide a sense of realism and personality that might’ve been lost, had I used a more automated approach.

The steel kelp shark, coming together

Check out the research

If you like the artwork and are interested in the research it applies to, please do read Cryptic habitat use of white sharks in kelp forest revealed by animal-borne video.

I go into a bit more detail about the actual project and some of the badass lessons it teaches in regards to shark behaviour.