I woke up one morning with this idea of a vast, underground concrete space. This is what happens when I eat too much cheese the night before and Google image search my way through brutalist architecture. At the centre of said environment was a computer and desk. Both were suspended above an infinite black void by a solid (but precarious) concrete structure. That same afternoon I learned of the Better Light Than Never contest hosted by Epic Games and the timing seemed almost prophetic. I often have ideas that don’t get pursued because I lack a ‘good reason and because curiosity alone (usually) doesn’t constitute such.

So does a competition really constitute a good reason? It does when there’s prize money involved. Yes, I’m that superficial.

The brief for the competition was quite simple: We [Epic Games] encourage you to create a short [30 second] video showcasing your lighting abilities, pulling inspiration or guidance from the title itself.

If only all creative briefs were this simple. Here’s my final output: 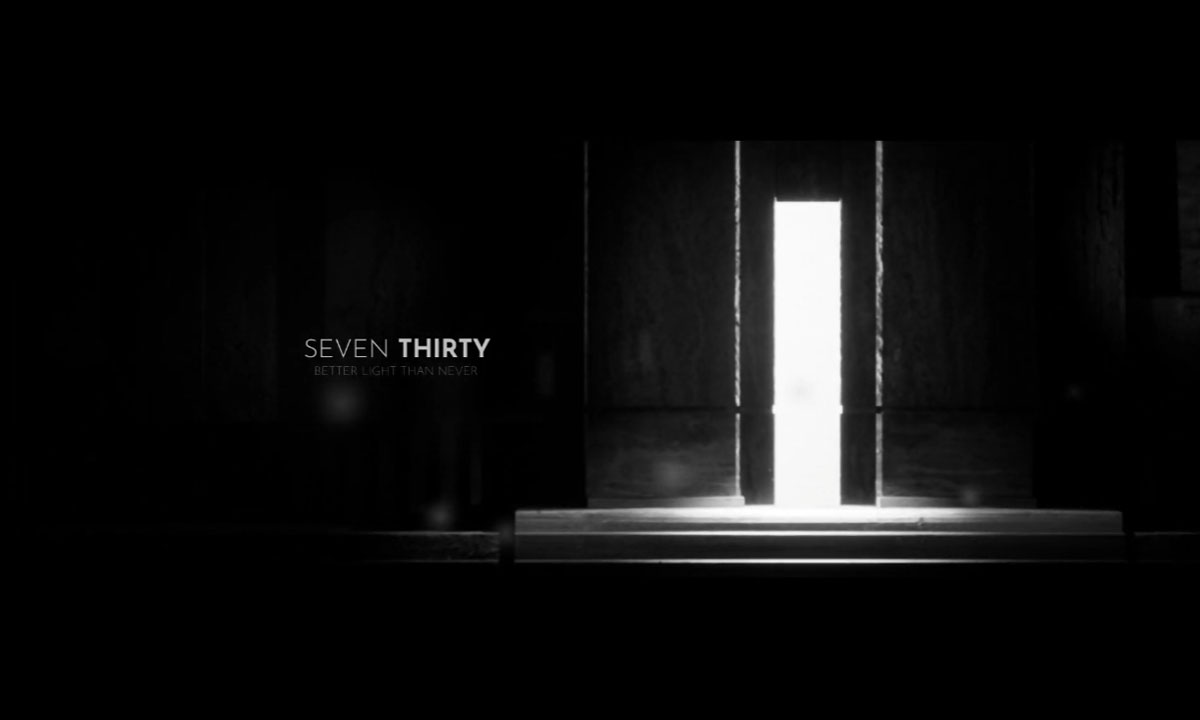 As mentioned, on the morning of the competition I had awoken with an environment in mind and it made immediate sense technically and conceptually. Technically, because I could create environmental props from scratch relatively quickly and not have to worry myself with protracted artistic processes. I was confident that most of the competition entries would rely on Megascans and/or KitBash 3D assets, so building my own would better distinguish my entry.

Conceptually it worked because the abstract and highly stylised nature of the place would lend itself to trying some bold approaches to lighting. Similarly to my previous point, I felt that most of the entries would lean toward photoreal and naturalistic lighting styles. These tend to get the most attention and can ‘wow’ a casual audience quickly, which I took as another reason to avoid taking that direction.

The more I pondered on the original idea, the more I felt themes of isolation and the slipping away of time. Specifically, the notion of time passing an individual by while they’re locked inside a void, transfixed on what’s immediately before them felt oddly fitting coming out of the global lockdowns.

More importantly – it meant I had an excuse to rely almost completely on stencil shadows. You might therefore ask – am I that creatively shallow?

The environment came together relatively quickly. I setup my Unreal Engine camera lens to mimic Ultra Panavision 70 because I felt the width this would accommodate would suit the sense of isolation I was going for. The environment was blocked in using brushes, soon followed by some rough camera angles and animated lights.

A single directional light from the outside world worked great at casting these huge, dramatic shadows across the scene, but it lacked depth on its own. Some additional lights were therefore added, but kept relatively contained as to not detract from the character at the centre of the space. Introducing these also gave more opportunity for background texture, so I added a few simple but varied geometric details.

These were kept thematically consistent. I wanted all the life of the scene to come from the shadows rather than the environment. The more I elaborated on this, the more the shadows and tightly controlled highlights became a tool for directing attention toward different things, but never giving so much a way as there to be no mystery.

The video below shows the final sequence at four key stages. As you’ll see, for the most part very little changed in between each. I’d like to say this is because I achieved perfection very quickly when the truth is – I barely had three evenings to throw this together and couldn’t afford the time to be picky.

The second to last camera angle took the most work. Whereas the previous camera movements were somewhat divorced from any other elements in the scene, I wanted this one to be more intrinsically connected to the environment. I felt that this would give the sequence a sense of reaching a climax. But because the environment continued to change, it too required updating to better match the various lines cutting through the scene and the movement of shadows within.

Music was very kindly provided by a friend’s band, who granted me the use of one of their rough samples. Fortunately for me, the tone fit very nicely and made the whole thing work much better than it would’ve without sound.

I’m fairly happy with how it all turned out, especially given the timeframes – but alas, I did not win the competition. However, I did get an honoury mention and was included in Epic Games’ Better Light Than Never Sizzle Reel. Afterall, it’s the taking part that counts.

Why is it only ever the losers who say that? 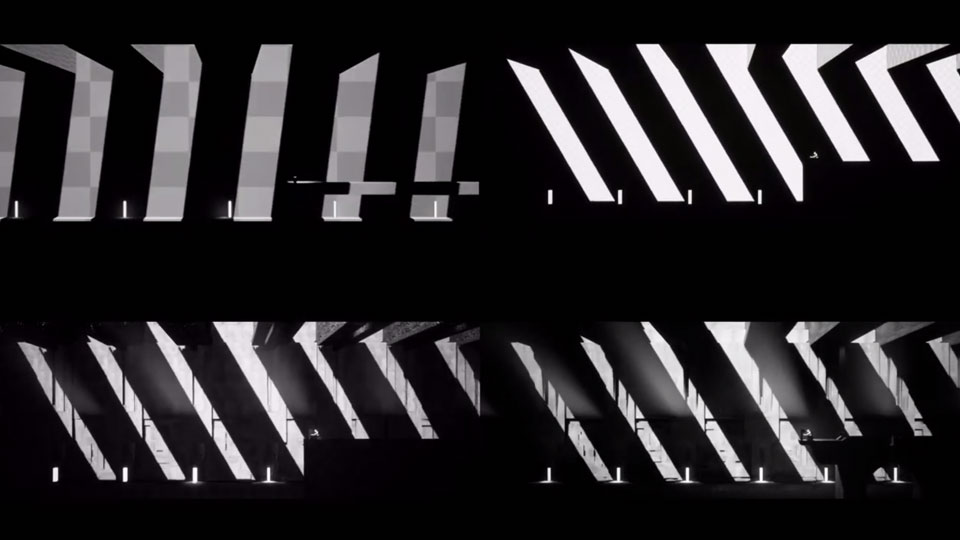 The following screenshots are exported directly from the game engine at their native 4k resolution. 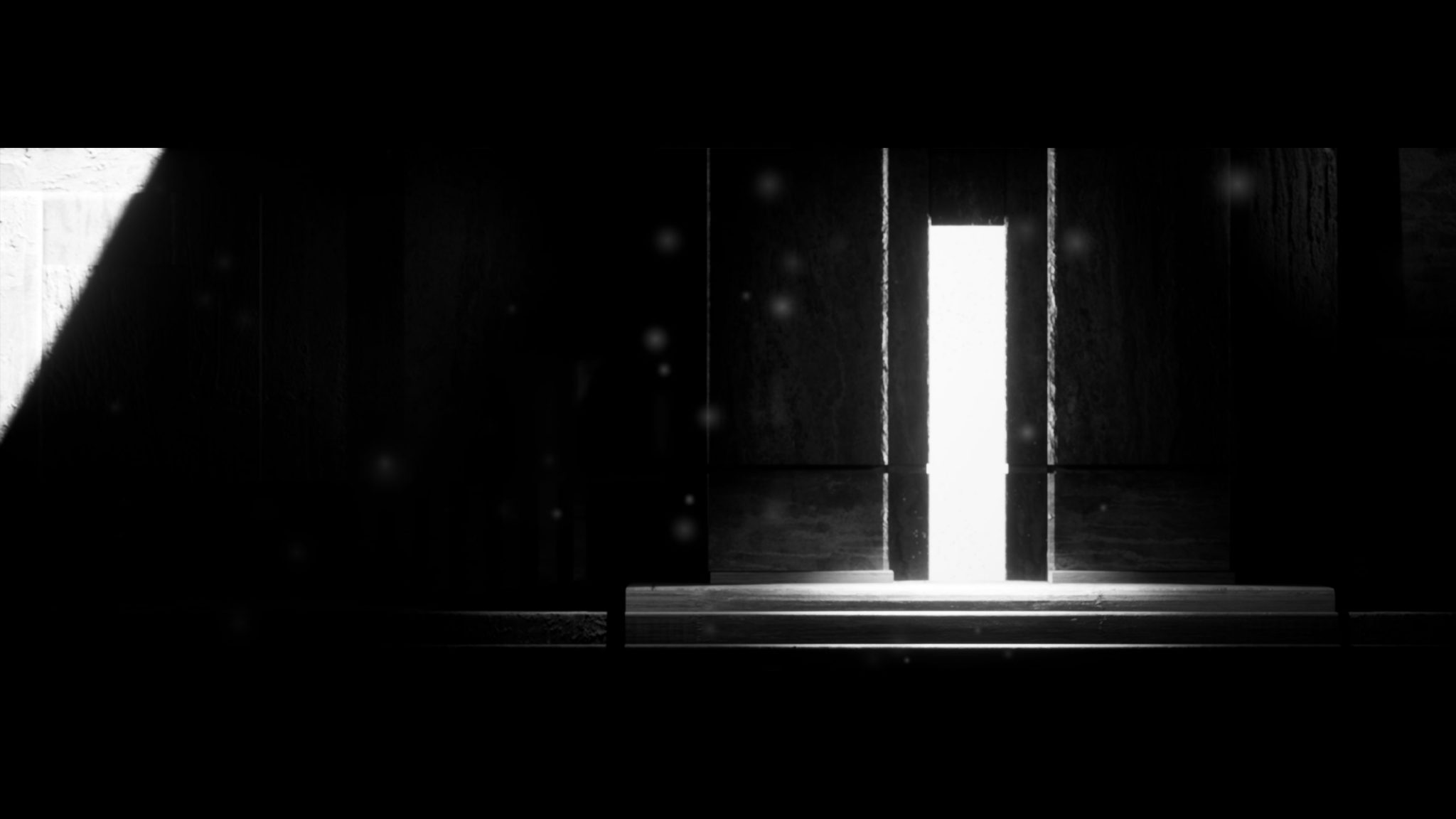 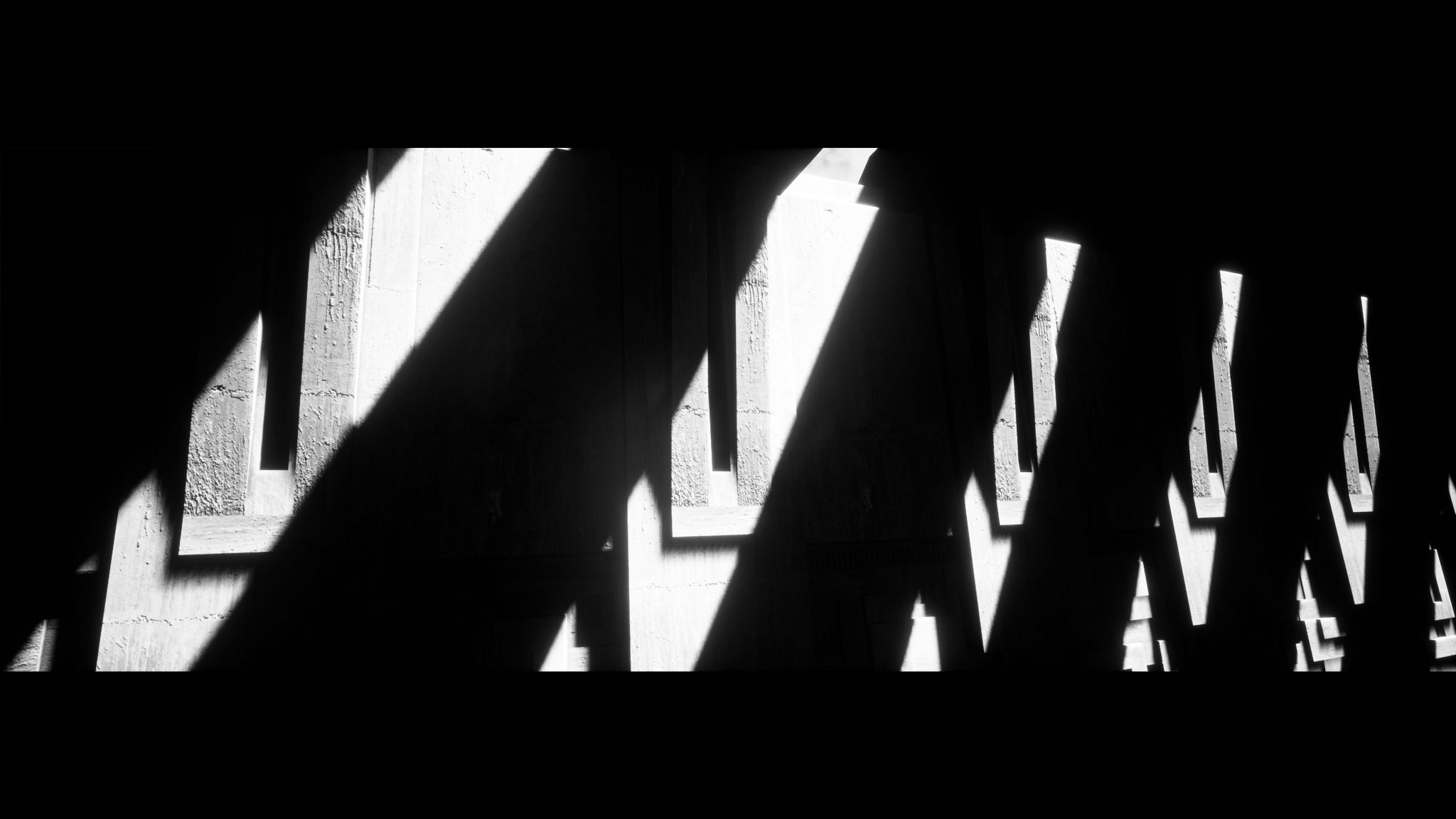 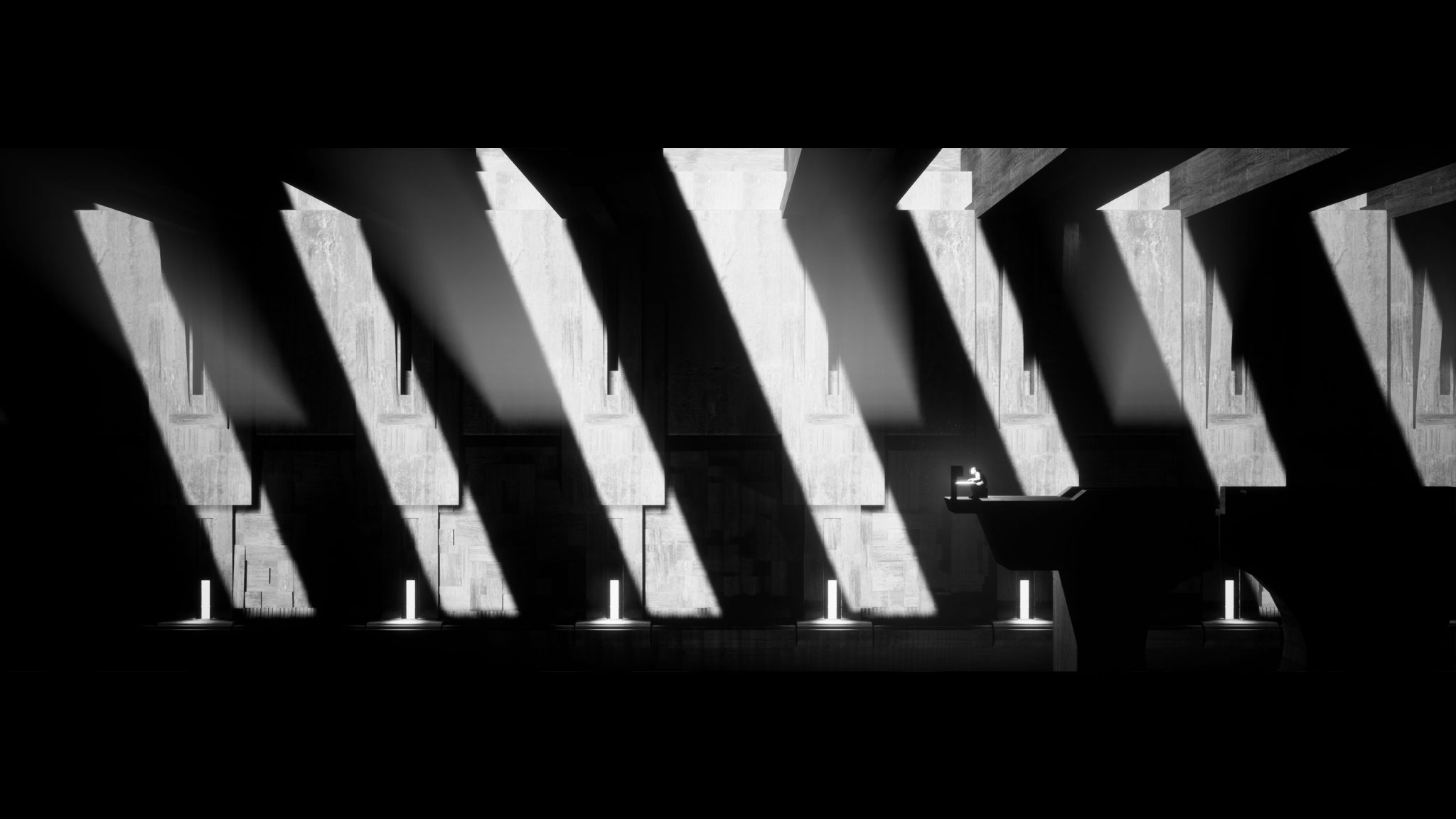 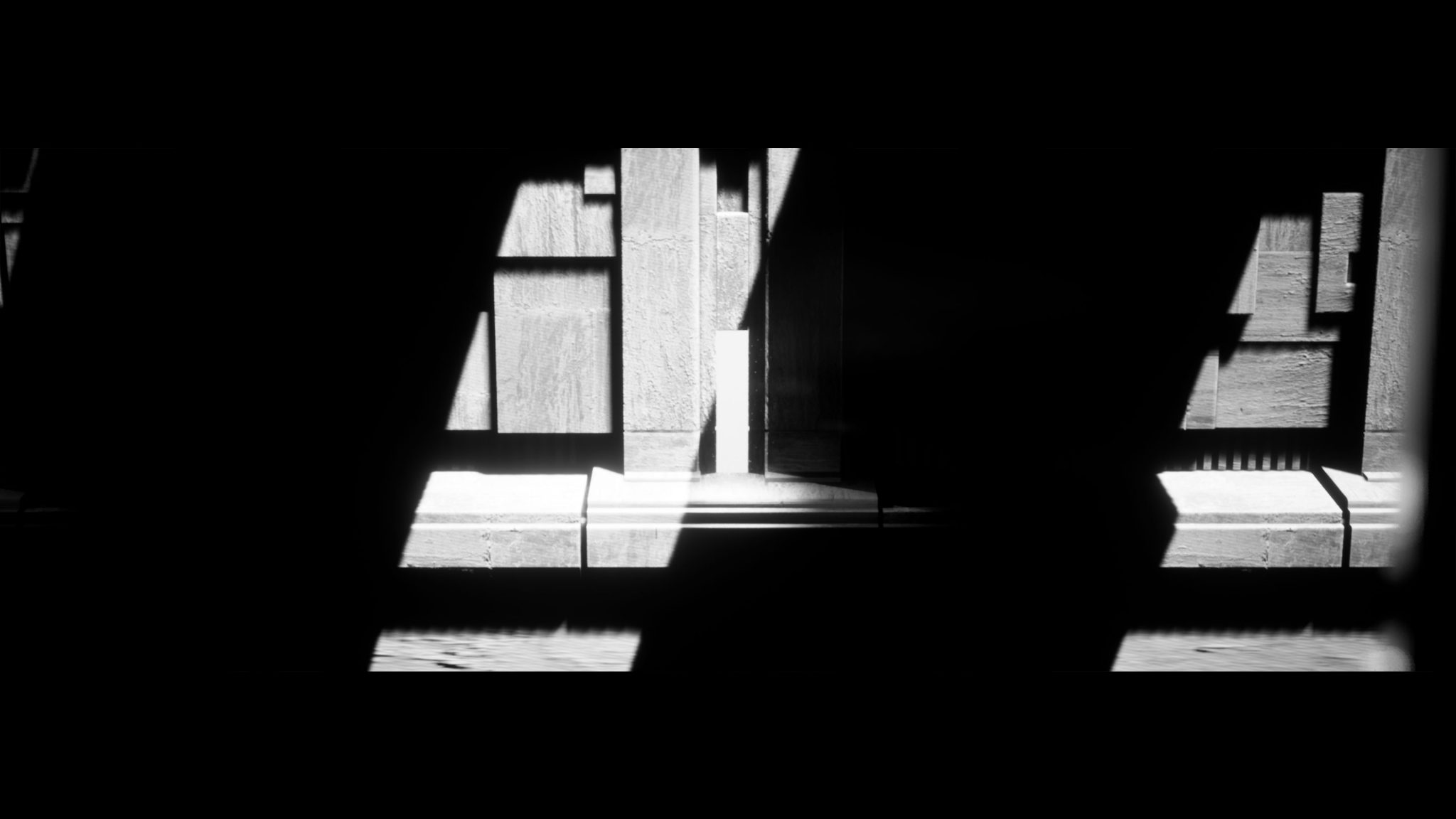 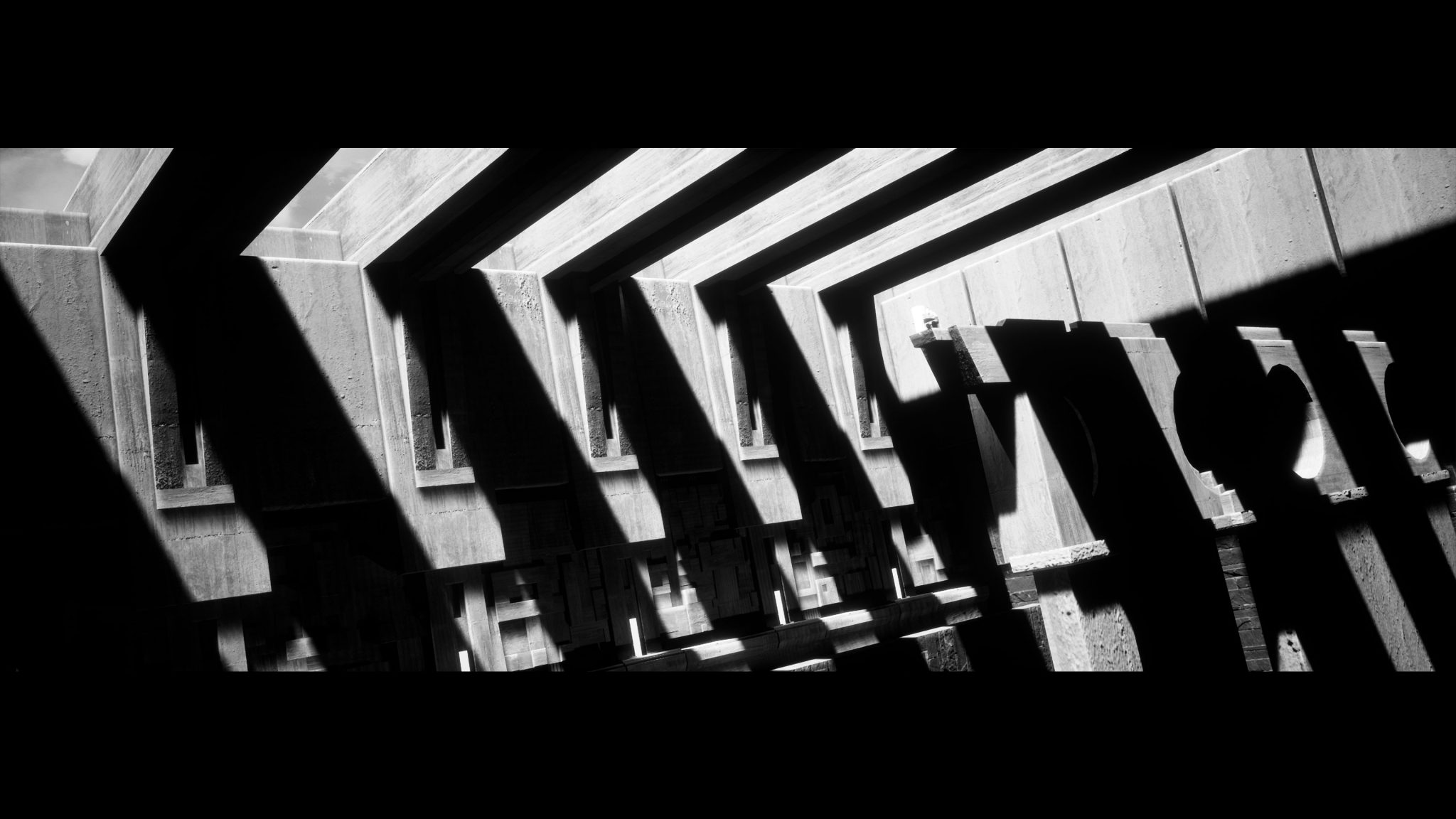