Invited by friend, colleague and shark scientist Oliver Jewell, I was attending the CATs white shark research expedition in Gansbaai, back in 2017.

A week or so before my arrival, a pair of Orcas named Port and Starboard made their presence known in the area. Shortly after, white shark carcasses started washing up on the local beaches with their livers removed – a telltale sign of orca predation.

The white shark population promptly disappeared – I mean almost literally. Before then, I’d never been to the seas surrounding Gansbaai and suffered a missed trip (ie: a trip where you don’t see a great white shark) once. I think we managed to tag maybe three over the following month and no shows became commonplace.

To put this into perspective – Gansbaai has long been considered the great white shark capital of the world, and with good reason. It’s where great white shark cage diving was born, supporting nine local operators on the back of the thousands of tourists who visit every year, specifically to see these animals.

These two orcas aren’t the only thing effecting the great white shark population, but its apparent depletion and their arrival are starkly coordinated.

I created some figures for the project, assisted with data collection and also provided the promotional artwork. 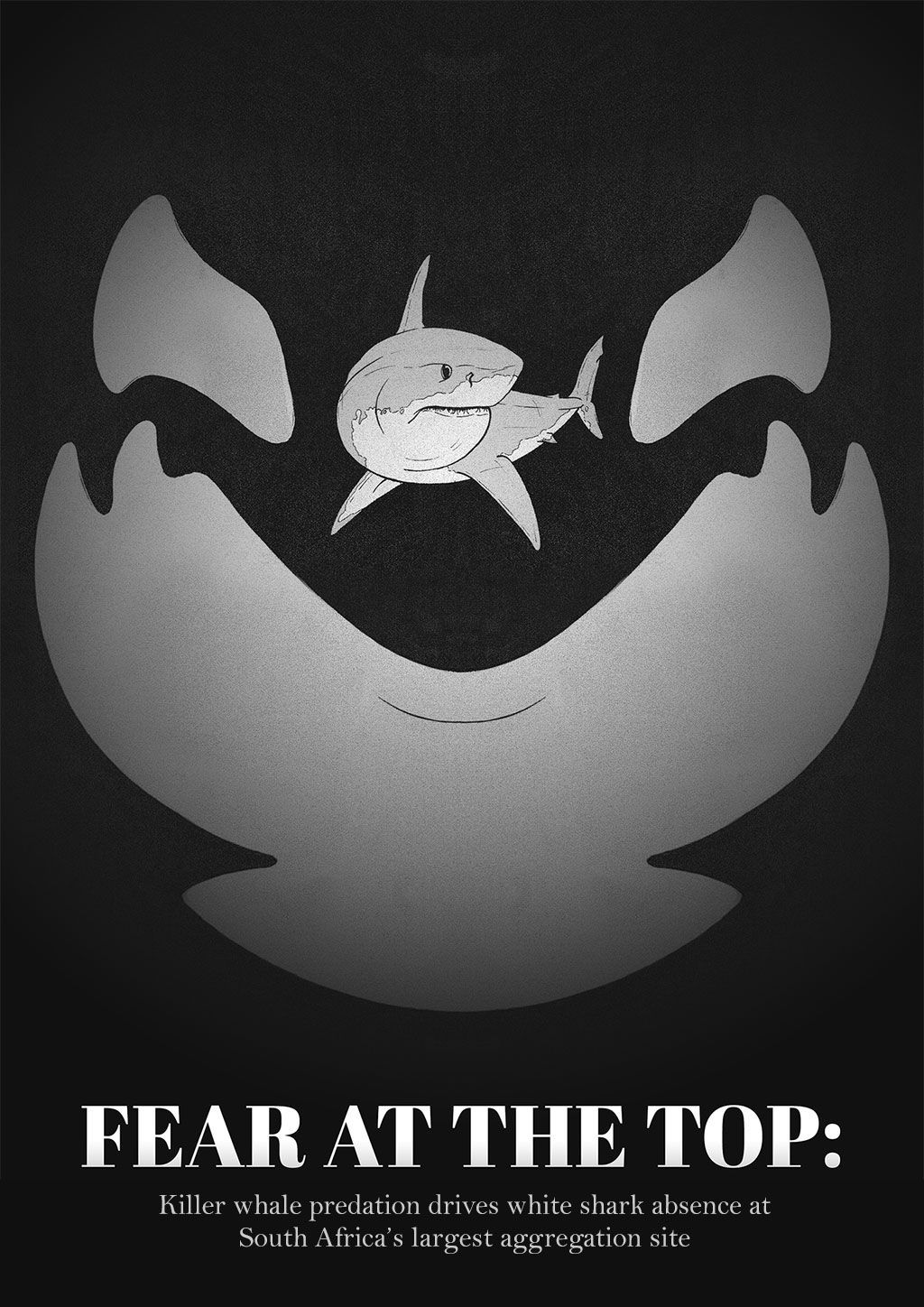 Publication available at The African Journal of Marine Science.