In 2020 I began a Master of Research in Computing Science at Staffordshire University. This is partially to consolidate and formalise my somewhat sporadic research experiences to date. More importantly, it is intended to become a platform for my future investigations into combining my interests in marine wildlife and videogames.

The first module was very much an introduction to scientific writing. This concluded in a small, self-negotiated investigation of any subject we chose. I decided to focus on the use of photogrammetry in morphometric collection from deceased great white sharks.

For some background, I’ve been involved with numerous white shark dissections and marine strandings. When an animal washes up, there’s only a finite time to collect the required data and this process can be hindered by elements such as the weather, available expertise, etc.

I’ve long theorised that a better approach might be to take sufficient photographs of a subject to generate a digital reconstruction. Data collection could then be done at any time, by anyone. Furthermore, the data collected could facilitate future studies not yet considered and would be very easy to share, encouraging collaboration.

However, all of that would depend on one very simple thing – the accuracy of data collected.

The goal of my project was therefore to determine how accurate morphometrics collected from a digital reconstruction are, when compared to those from the field. I also wanted to identify whether a pre-existing knowledge of the process and subject matter had any effect on this accuracy. This is because it would have great implications for the potential role of citizen science.

So using photographs very kindly provided by The Dyer Island Conservation Trust, I created a digital reconstruction of a deceased great white shark. Toby Rogers and Kelly Baker at Marine Dynamics had already collected data of this lovely fish in the field. I used said data to accurately scale the reconstruction and give myself a sample set for comparison.

Reconstruction was performed with Reality Capture and then the mesh was imported into Autodesk Maya. The maya scene comprised both the shark reconstruction and a pair of locators defining the start and end of a measurement tool.

Lastly, I created a spreadsheet which included a diagram of where each morphometric would be collected from on the shark’s body. This spreadsheet, accompanied by both some instructional videos and data set, were submitted to two clusters of participants – scientists and non-scientists.

They each very kindly and swiftly followed the guides, collected data in the spreadsheet provided and sent it back to me. 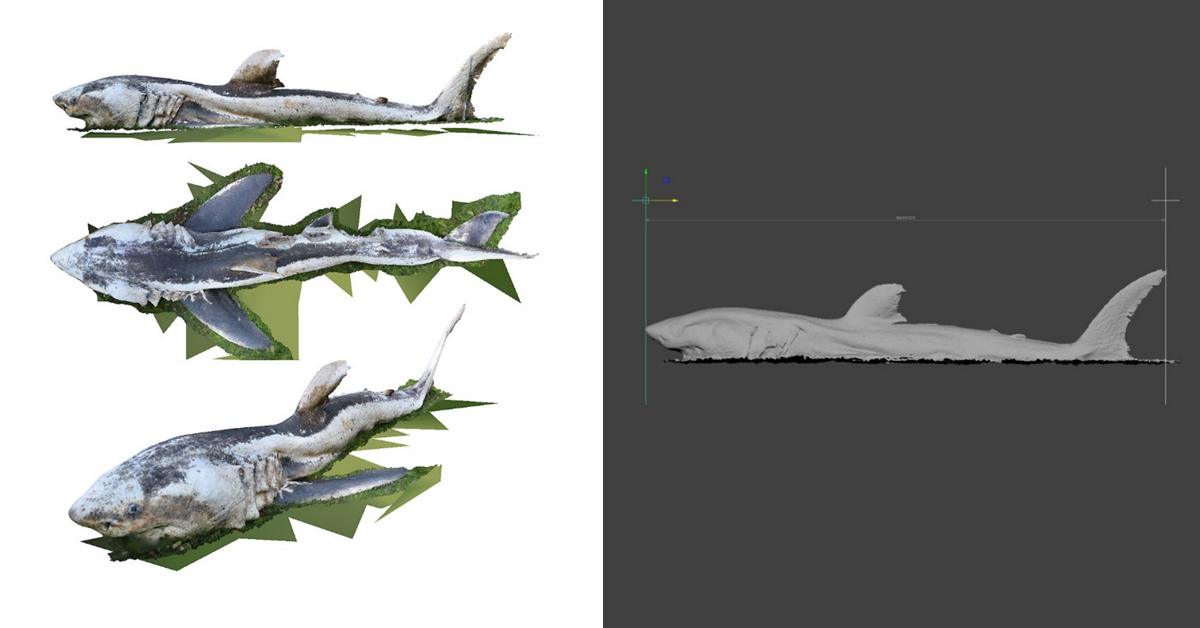 What was particularly interesting was the skew among inaccurate results. While the lowest average deviation was 0.1CM, the highest was 8.69CM, considerably further away from the mean stated above.

I wanted to know what was causing this, so I compared the Accuracy Variation among the highest to the lowest to see if any morphometrics were particularly troublesome for participants. If data collected for specific morphometrics were of a consistently low accuracy, this would help localise investigations.

In short, it transpired that the most inaccurate data collected pertained to morphometrics whose appearance on the diagram was inconsistent with that of the reconstruction.

The below image is a perfect example. I concluded that based on the evidence, participants in such cases had to rely moreso on personal interpretation than they would in instances where the diagram and reconstruction were highly consistent. As such, a pre-existing knowledge and experience of the process would’ve provided scientists with an advantage. 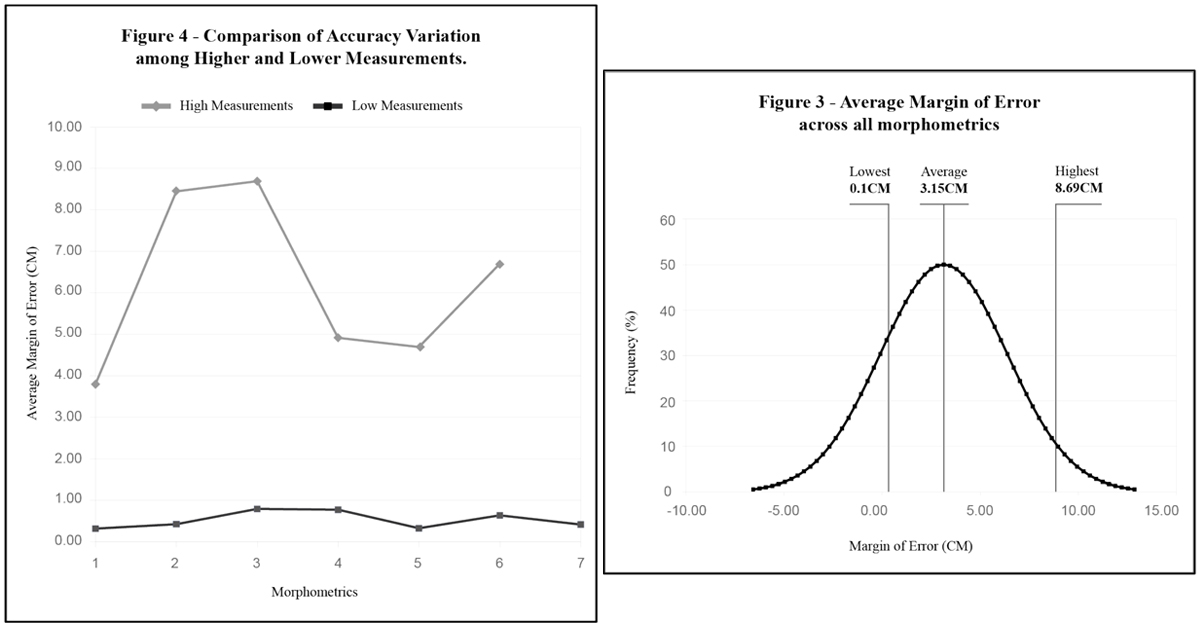 Quantifying the accuracy of morphometrics captured from digital reconstructions created with 3D photogrammetry.