My Masters focuses on approaches to digitisation of wildlife. My first module approached this from an extrinsic perspective, digitising the physicality of an animal.

For the second module I was more interested in intrinsics and how game engines could potentially be used to digitise and/or simulate animal behaviour.

This culminated in the third module, where I focused on selfish herd theory and methods of simulation. A ton of reading about selfish herd following, culminating in a components table. The items within this table were what I considered to be fundamental to an effective simulation of selfish herd.

To better test the capacity of game engines for such an application, I selected a few of these components and tried creating them using Blueprints – Unreal Engine 4’s visual scripting system. This was my first real use of Blueprints and while the results are certainly rudimentary, they did end up capturing the principles pretty well.

Truth be told, the inclusion of dinosaurs in this is completely arbitrary. I thought using specific animal species might localise what was intended to be a fairly broad simulation.

Plus, you don’t get much more iconic or instantly recognisable than a T-Rex and Triceratops. 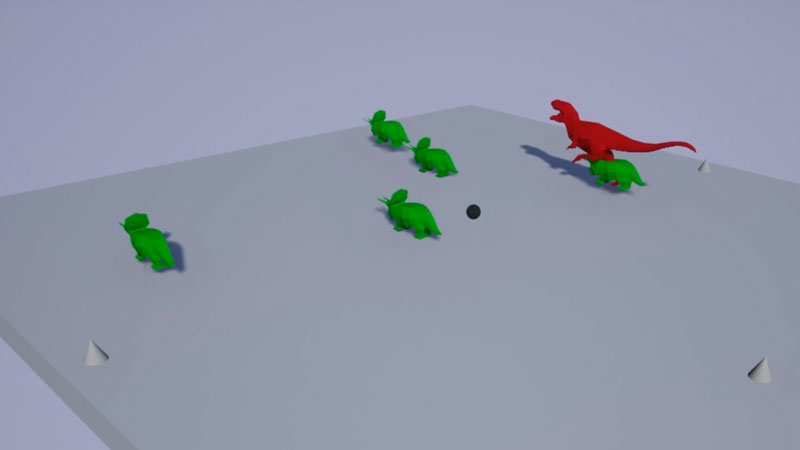 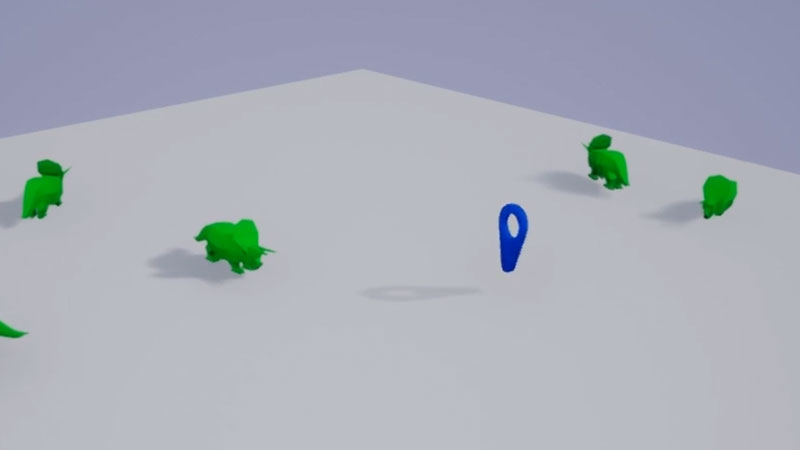 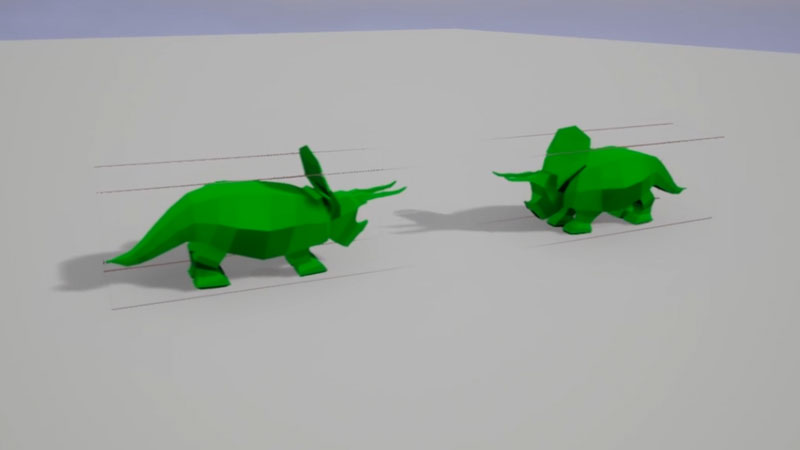 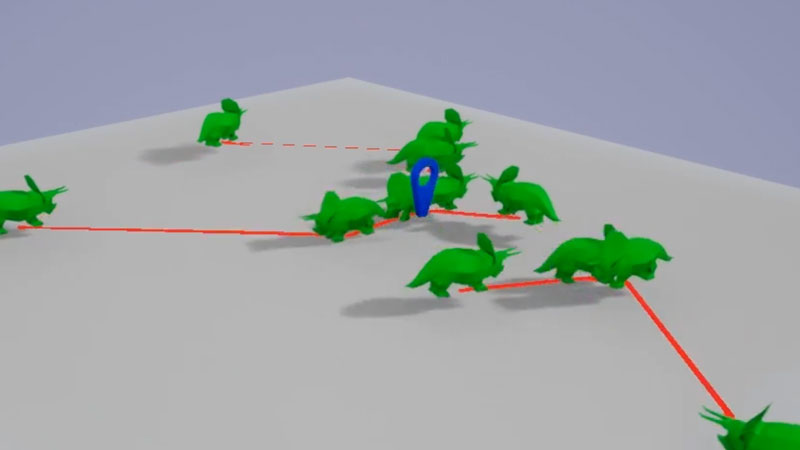 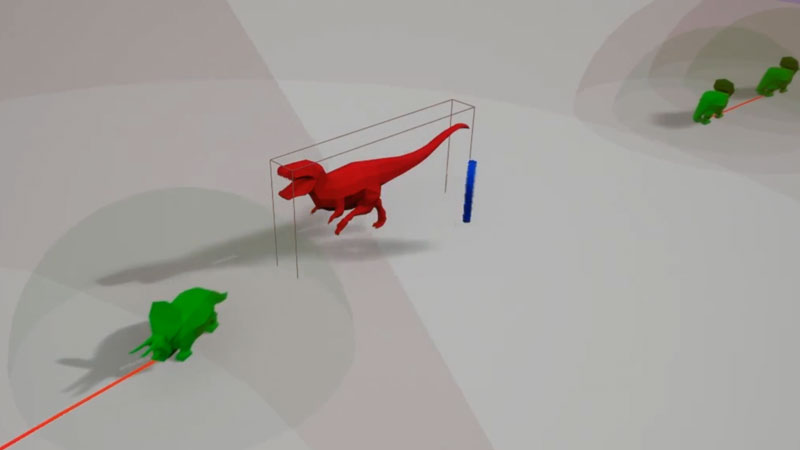 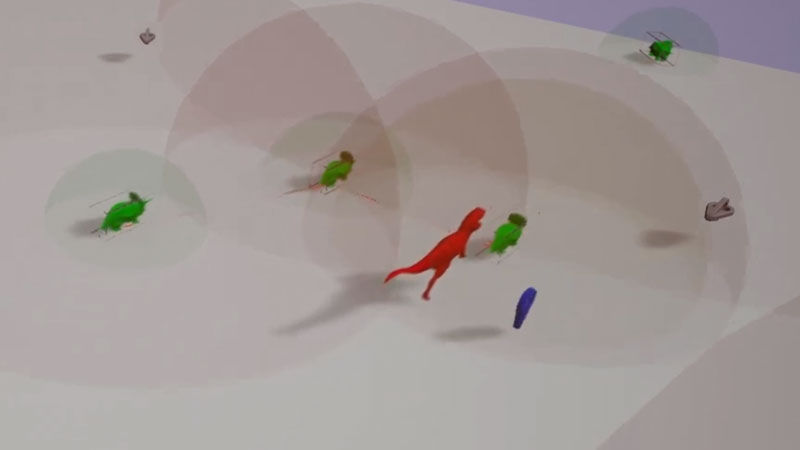