This release was my last before buggering off to South Africa. It marked a transition in our songwriting and recording approach. It's pretty brutal.

Pretty much everything we released after Clouds Over Pripyat iterated in a particular direction, to my mind.

For example, symbiosis Through Decay aimed to combine more similar ideas into single songs, which the Trendy Bastard split took in as chaotic a direction as it could.

There was every chance this split with Sandokhan would be my last with the band, as I was moving to South Africa in the upcoming spring. Alex (singer) and I wanted to therefore consolidate everything we’d tried into something more concise and absolute.

This was the first record we recorded to a click track and also the first since the Symbiosis Through Decay days that we demo’d the tracks considerably before settling on their structures.

But as much as anything else, we wanted this record to be sharper. Both in terms of the mix and the overall songwriting. I felt that every one of our previous releases had at least a couple of songs that were interchangeable. Songs that were similar enough perhaps in tone, structure (or both) and speed that even the more discernable extreme music fan would potentially confuse them.

Monitored Results of Un-Recorded Death and Airborne Dissipation Of Variant U stand out as being particularly violent affairs. For my money, the below tracks (Contaminated Dead Atmosphere and Weaponised Incubators on the Civillian Battlefield) do the best job of showcasing the bleak, cold, visceral hell that the record has to offer. 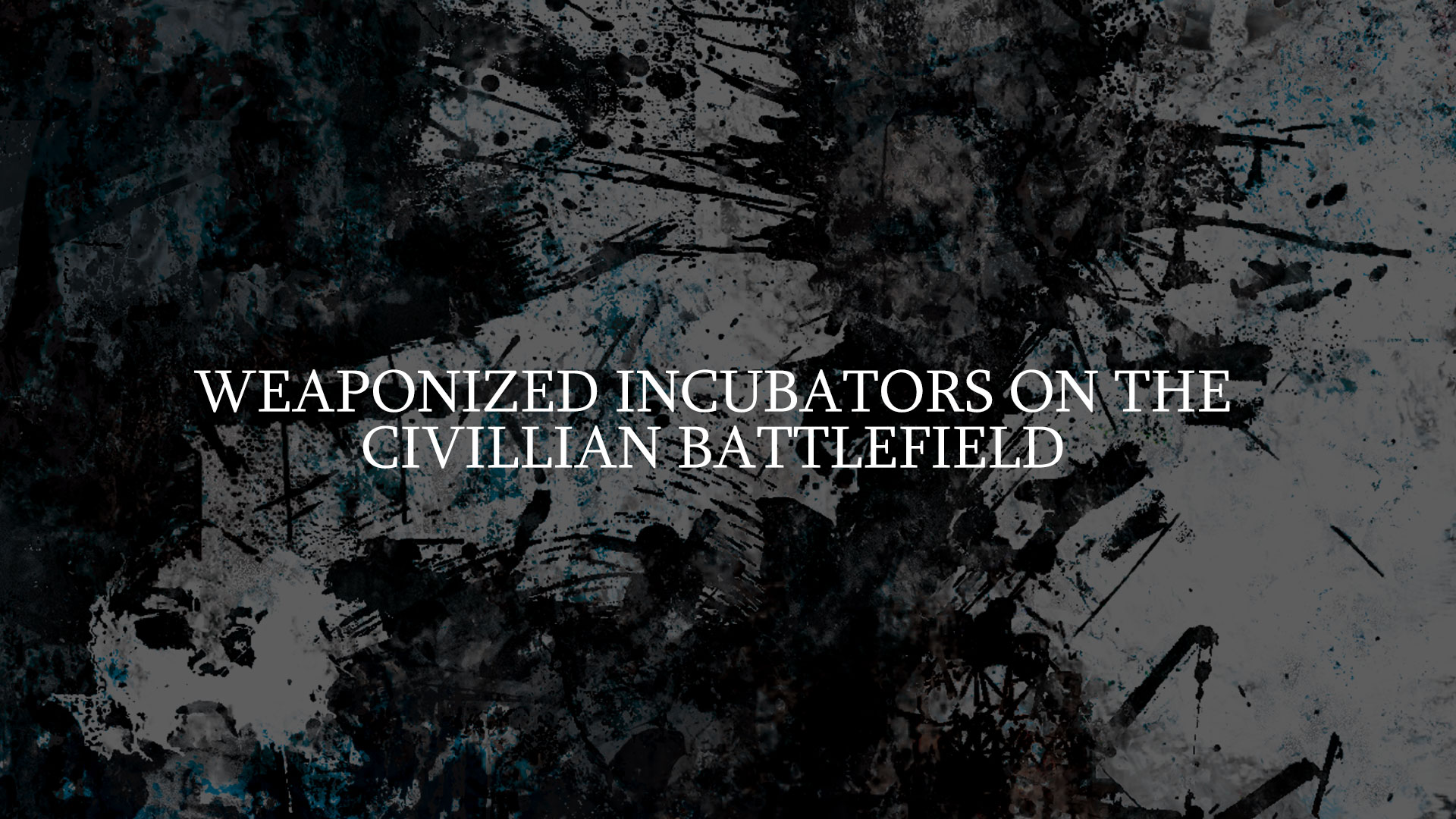 I’ve written about the creative approach for this particular piece in my Journal entry, Contaminated dead atmosphere.

In short, I’d just finished reading Watchmen at the time and a particular line really struck a chord:

“Born from oblivion; bear children, hell-bound as ourselves; go into oblivion. There is nothing else. Existence is random. Has no pattern save what we imagine after staring at it for too long. No meaning save what we choose to impose. This rudderless world is not shaped by vague metaphysical forces. It is not God who kills the children. Not fate that butchers them or destiny that feeds them to the dogs. It’s us. Only us.”

This served as the foundation I wanted to work from. I liked the idea of a series of patterns formed by imagery relating to various human atrocities, and built a rorschach test using such references. We then layered a ridiculous number of photographs to create a dense tapestry which was filtered over that central image.

The basic idea is that you’re staring into what appears at first glance to be an abstract noise from which you might see your own patterns, discern your own meanings. The reality is that irrespective of your interpretation, the objective truth you’re building that from is the hell man has rought upon himself. 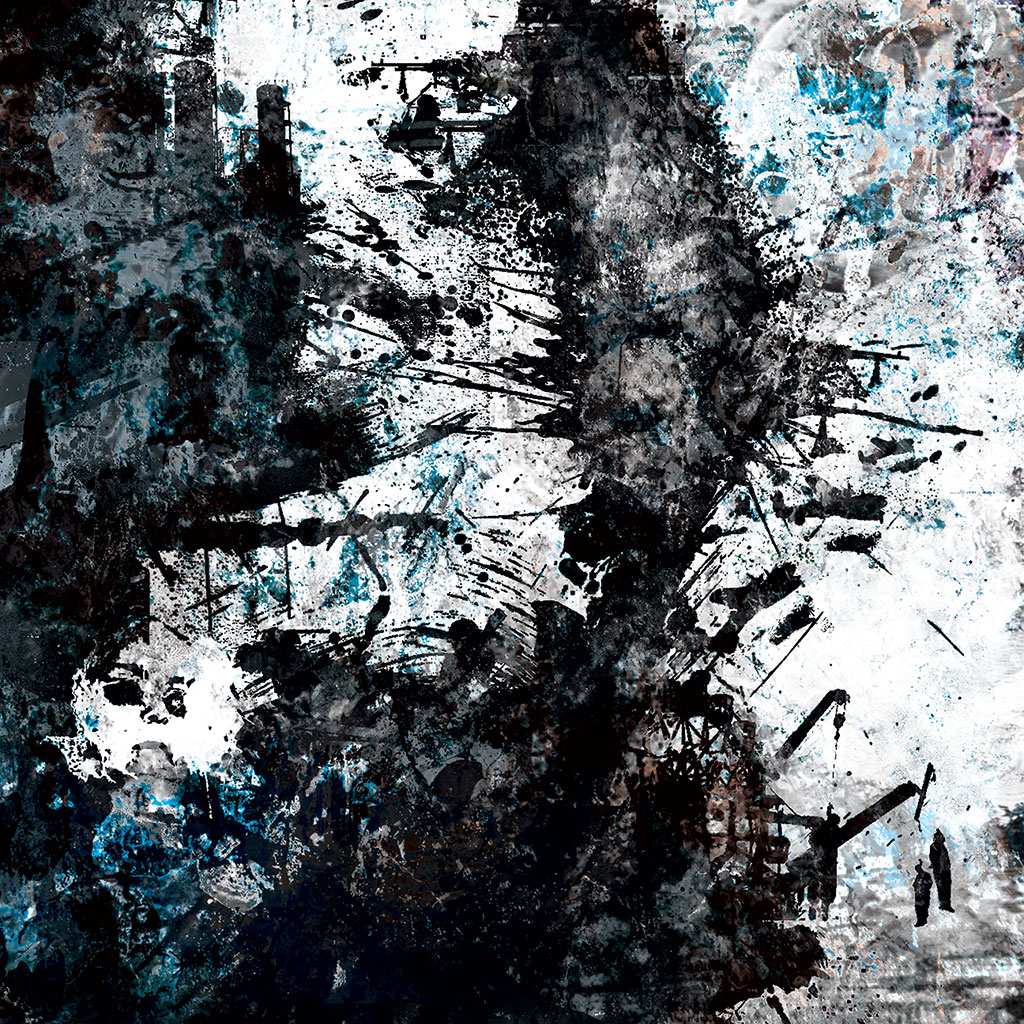 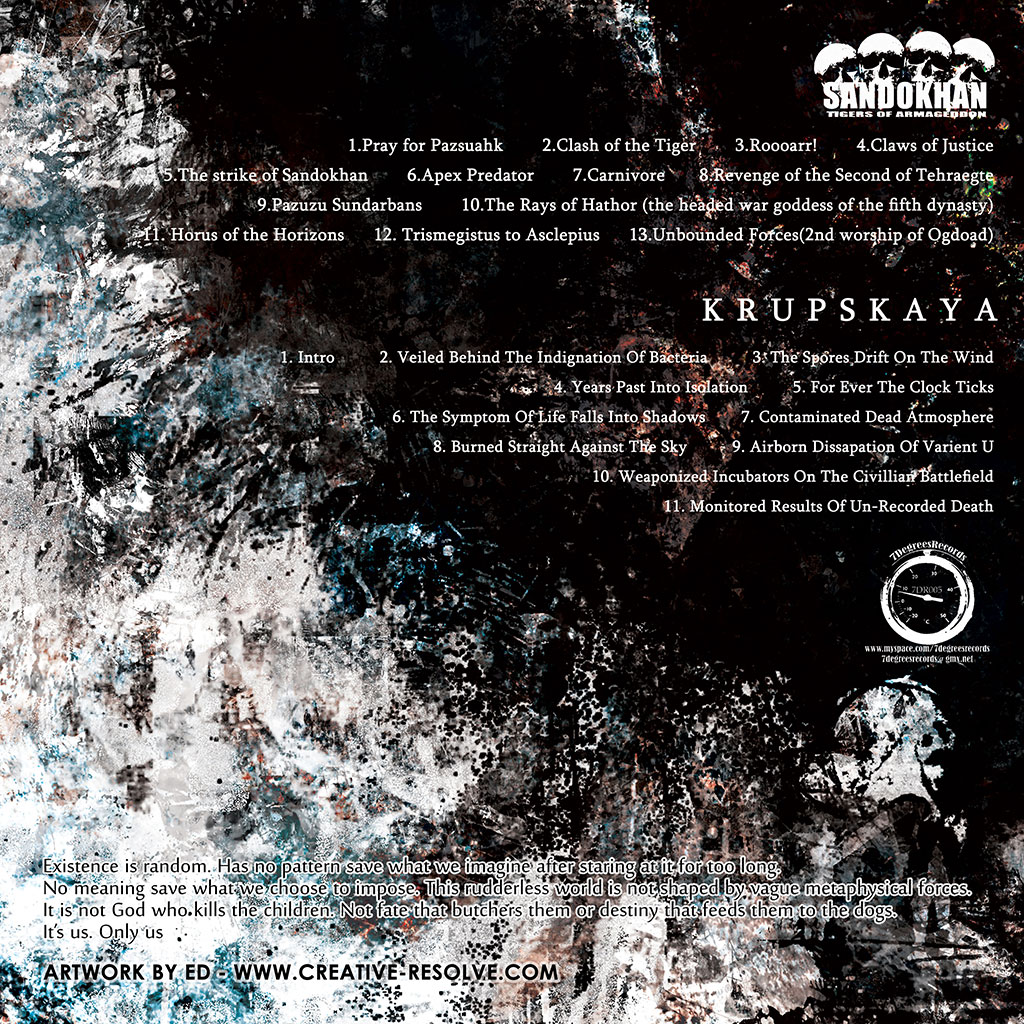 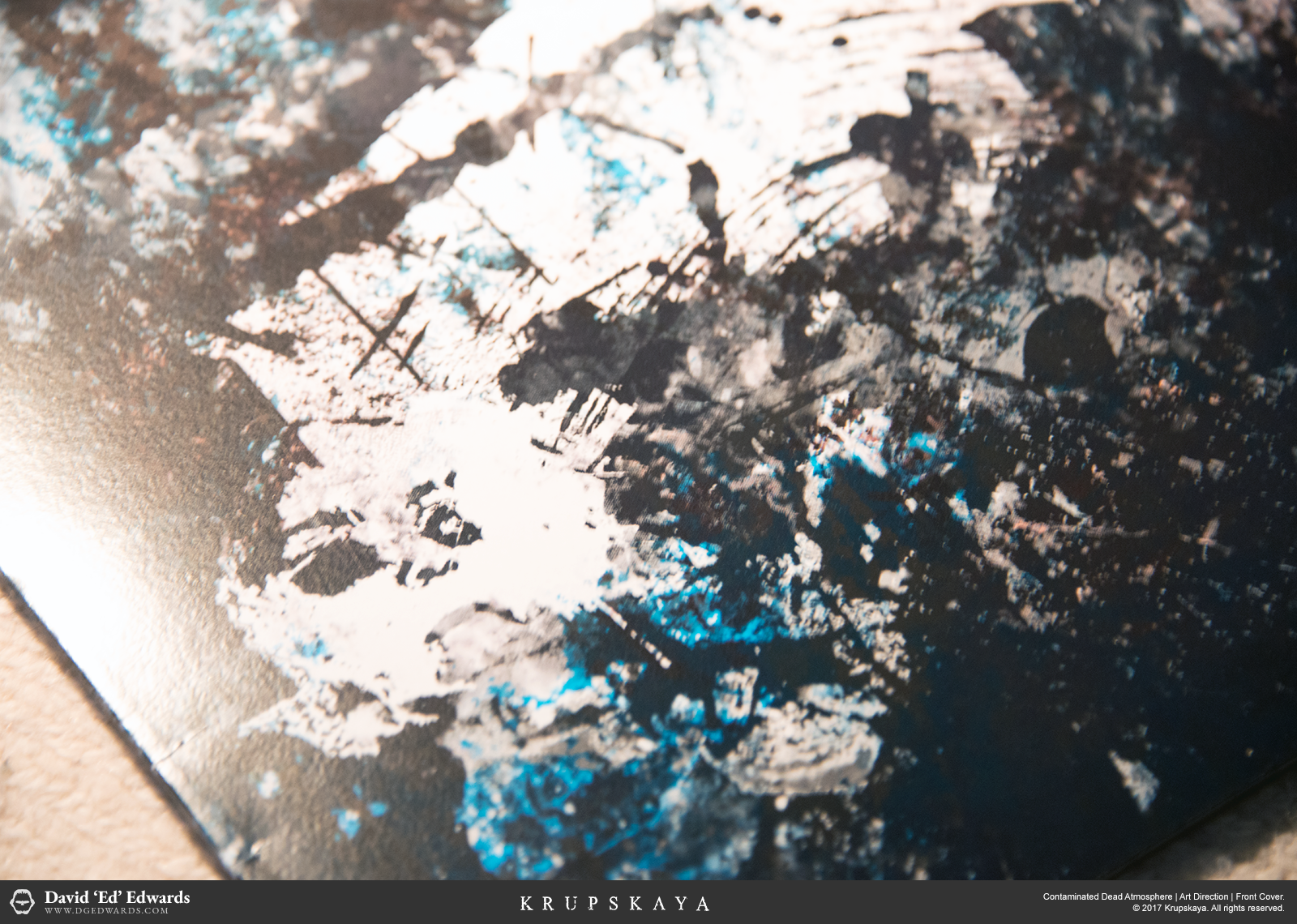 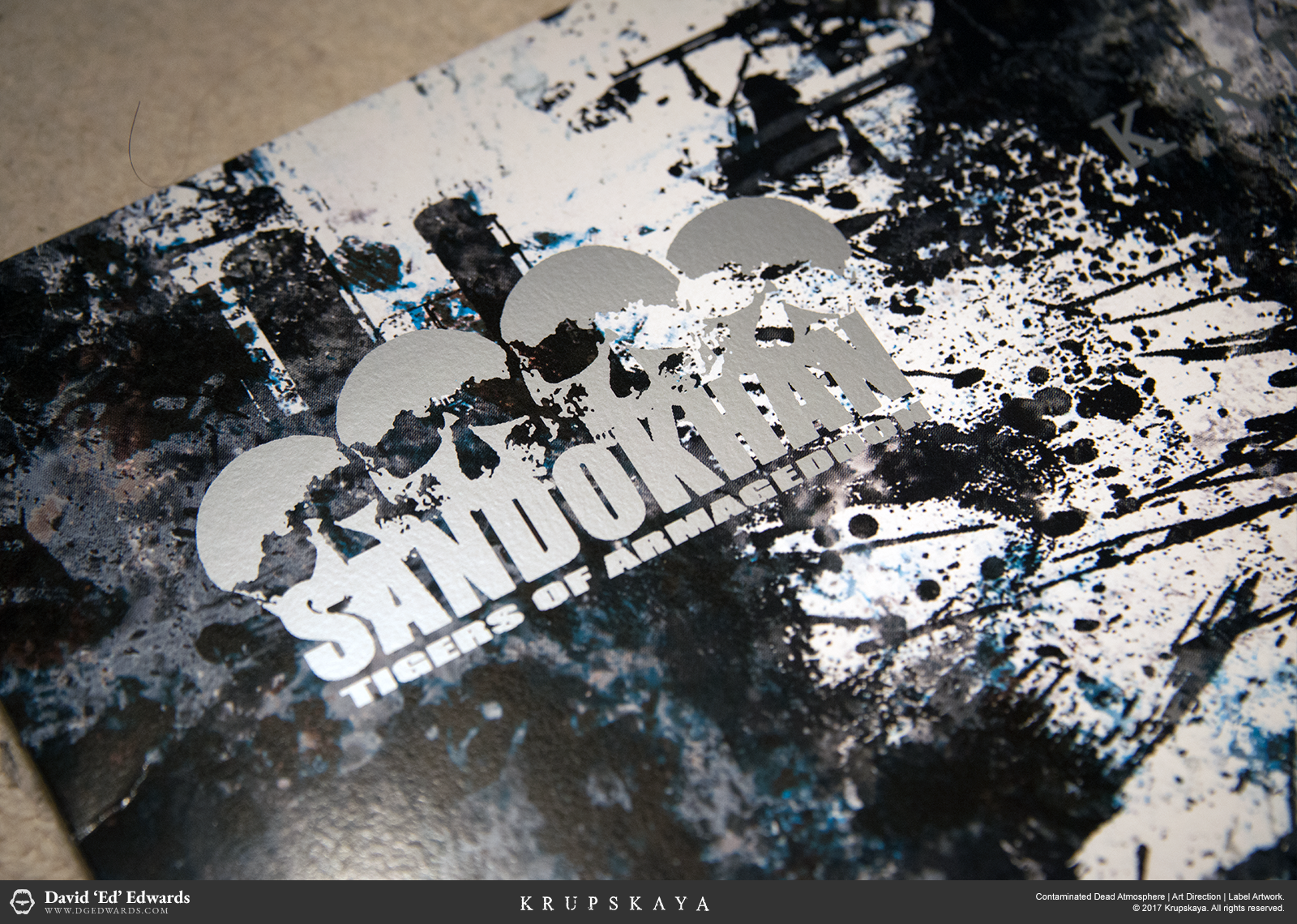 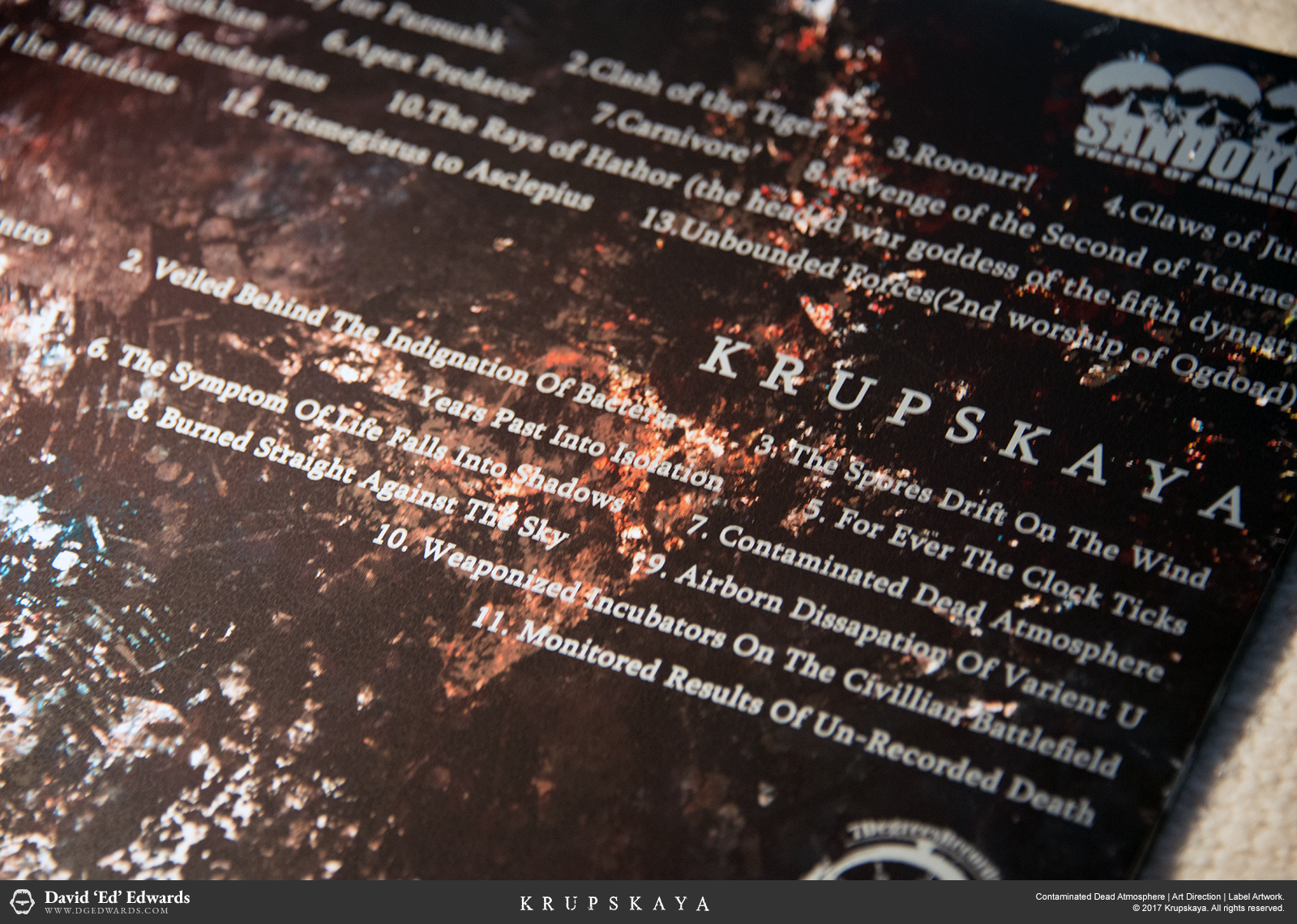 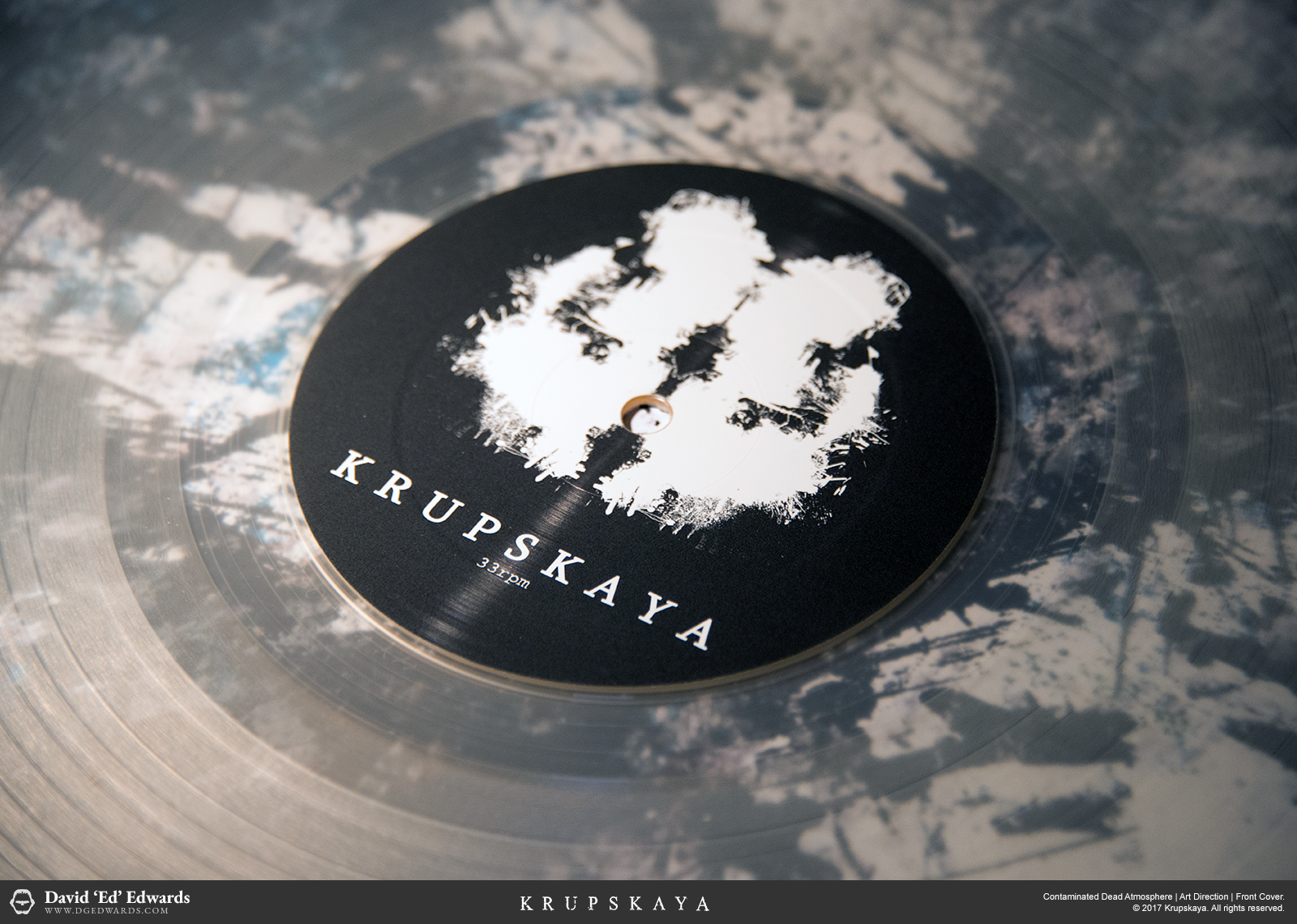 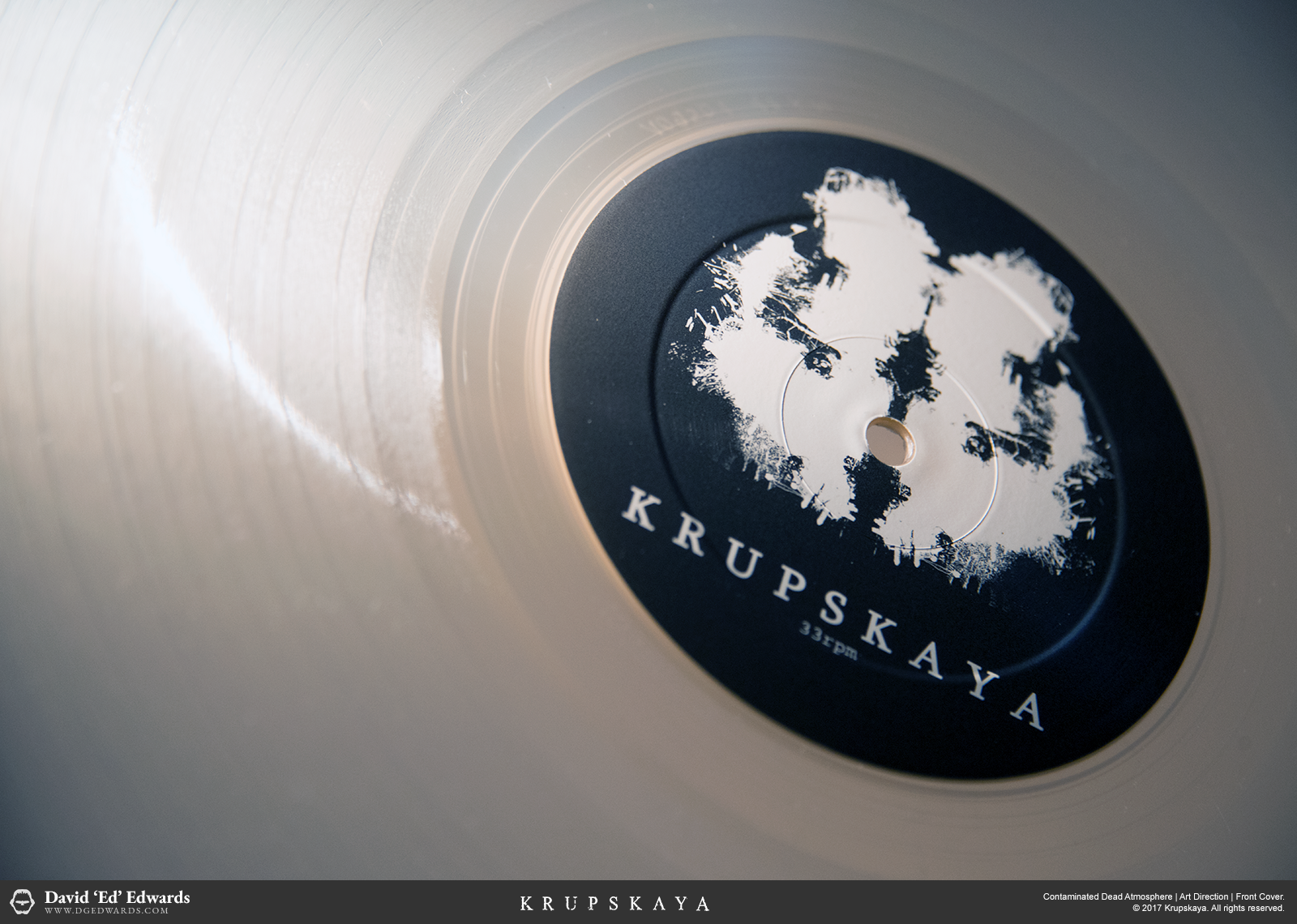