The footage was captured through the use of a camera mounted to the flapback turtle’s shell. The footage documents several attempted attacks by the tiger shark, ultimately failing as the fiesty reptile maintains its impressive defense.

I was bought onto the project to help analyse some of the data and discuss various methods of visualisation. I also produced the Turtle VS Shark Promotional Artwork for the project. 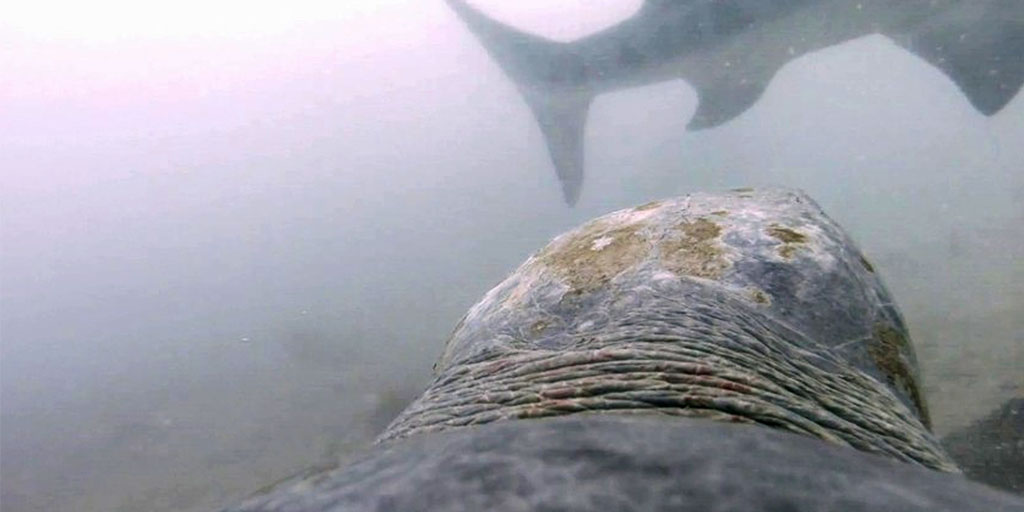 Please visit the journal's website for more information about this study.