Did you know William Shakespeare was a real person? Well, not only was he real, but he lived in a house and owned stuff, too!

That might sound patronising, but I must admit to sometimes being taken aback when reminded that historical figures were at one point real. They were actual, breathing human beings, such as we. Or you, at least.

You get so used to seeing them as names, legends or photographs that you forget they had an active, corporeal presence on this planet.

That presence eventually succumbs to the destructive fists of time. But a fragment of it lives on in the objects and buildings that were as much of a person’s life, as was their breath, thoughts and feelings.

Searching for Shakespeare is a digital archive of such artefacts, excavated from the home of William Shakespeare himself, New Place in Stratford-upon-Avon.

I done some stuff for it.

This project follows up my previous collaboration with the folks at the Centre of Archaeology, Recording Cultural Genocide.

They apparently found my prices, methods and results tolerable enough to justify acquiring them once again.

This website was considerably simpler and more focused. Whereas Recording Cultural Genocide needed to accommodate a wide range of content spread across numerous pages, Searching for Shakespeare is all about one simple thing: show the artefacts.

I opted for a super simple design that was aesthetically consistent with Recording Cultural Genocide, as a means of establishing a sense of identity across the centre’s online output. Will Mitchell (lead on the project) was keen to create 3D viewers for as many of the artefacts as possible and so much of the visual structure was based around this. 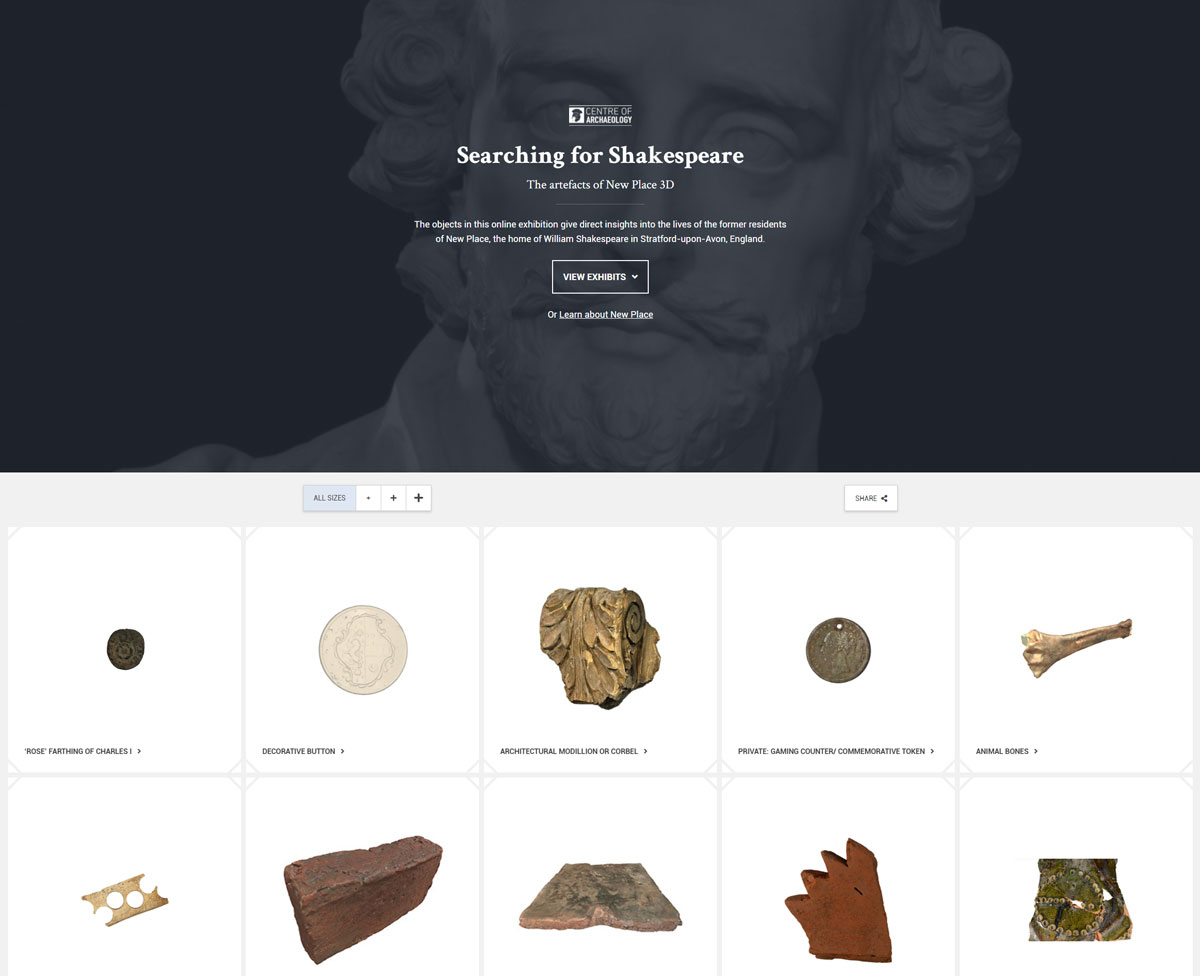 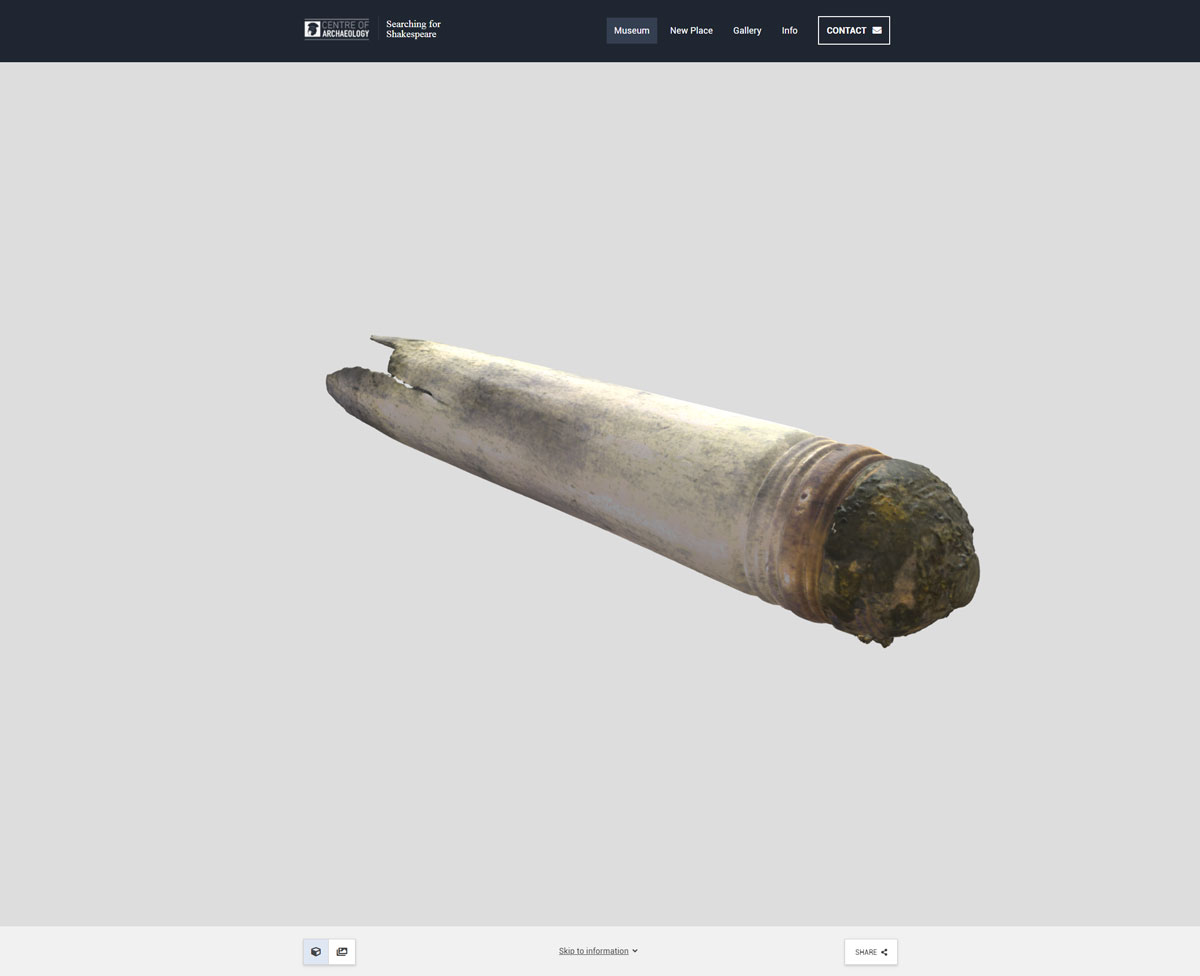 Through my role within Technical Services at the University, I was also involved with scanning some of the artefacts.

The Mechscan Macro 3D Scanner specialises in ridiculously small subjects, such as my dignity. There were some artefacts that were simply impossible to scan with any other piece of equipment available. Nevertheless, the Macro 3D Scanner absolutely bossed them.

The Searching for Shakespeare website therefore enjoys a wide range of digital artefacts than it otherwise might have.

In the next few months, I hope to share information about some of the other projects we’ve been collaborating on that make use of 3D scanners.

Thanks once again to Will Mitchell and Kevin Colls for inviting me to support this project. Further thanks go to the whole team at the Centre of Archaeology for our continued collaboration.

Please do take a few minutes to visit Searching for Shakespeare and check out some their wonderful finds.