This year saw me undertake a new hobby: building things out of pallets. Wooden pallets. That is, pallets which are made out of wood. Not crap actors.

As far as ‘real’ things are concerned (rather than ‘computery’ things), building stuff’s never been my strong suit. Breaking stuff as a result of incompetence, impatience or a tantrum is more my bag. I elected to change this in 2020, by designing and building things that could be useful around the home. Things like ear plugs, or speakers that play “Yes dear” in automatic response to sounds of certain pitch and tone.

This new found ambition came partially so that I might earn a sense of accomplishment and self-sufficiency. Mainly, it’s because Anna asked me to. Those speakers sure would be helpful.

It started with a couple of planters, based on a design my dad came up with. Then some other stuff, followed by me losing interest for a while. With Christmas arriving, it seemed a convenient time to fiddle around again. Why spend money on a meaningful gift when you can give someone a chunk of wood you’ve painted?

I’ve had a design in mind for a while, which this year’s Secret Santa seemed a good excuse to try building.

And so, here’s the first prototype of my brutalist inspired, wooden lantern. 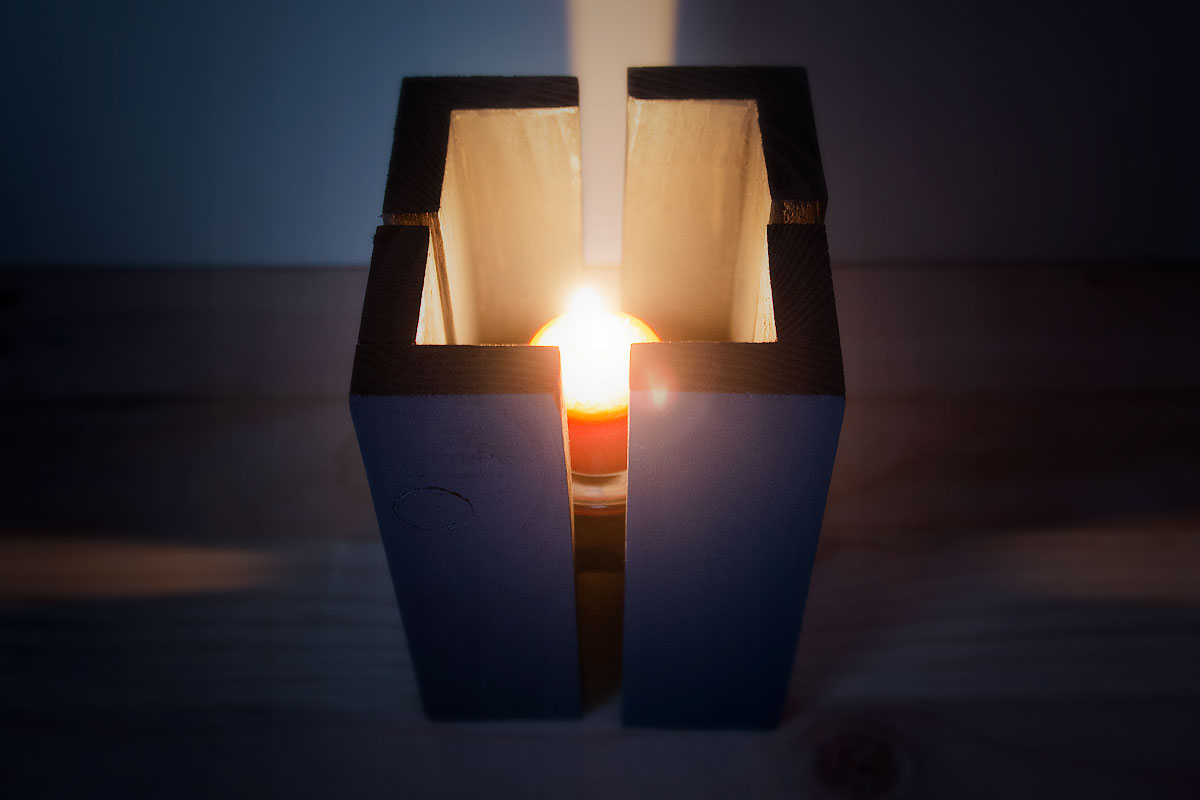 My brutalist wooden lantern – version one… of one, probably.

Sketching in 2D and 3D

I wanted my first ‘design’ to be brutally simplistic in execution. All game environments, props and weapons I’ve mocked up in the last twelve months or so have naturally leant in this direction. Sharp edges, flat finishes, minimal lines and as few intersections as possible.

When it came to deciding what to make, I chose a lantern because Anna thought it’d be nice and she’s a considerably better judge of ‘nice’ than I am. I sketched a load of shapes that I thought could work, based on a mix of brutalist architecture, some Blade Runner, Viktor Antonov’s industrial work and the Xbox Series X – which looks mint. 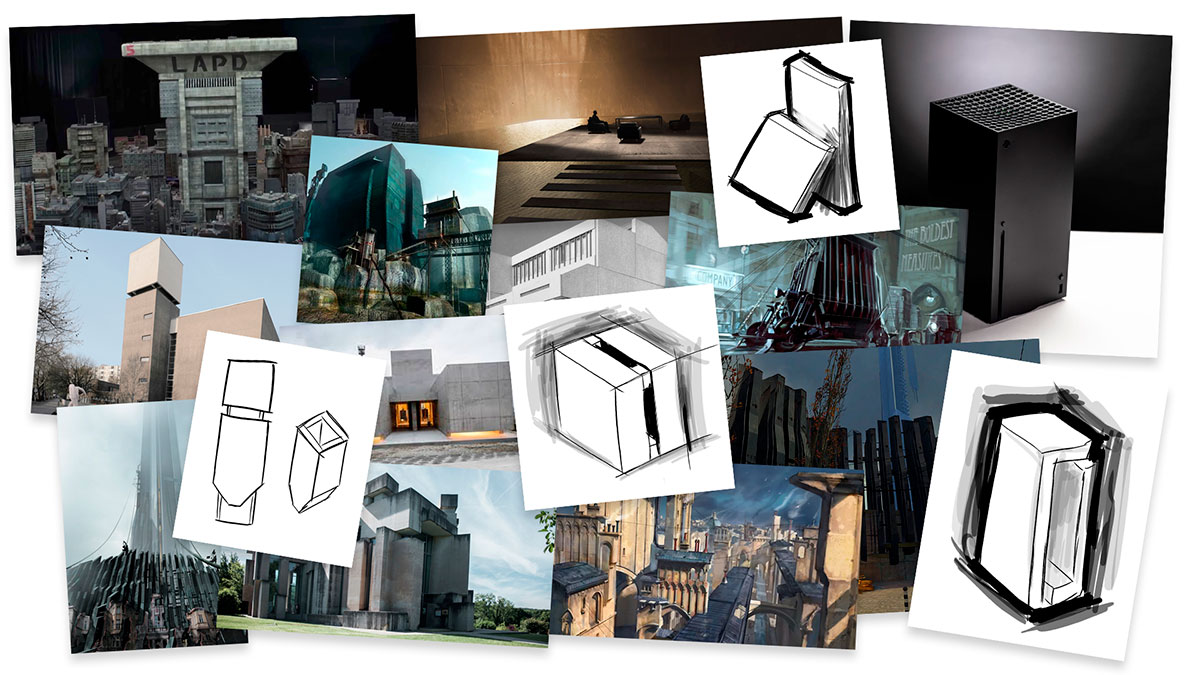 Since this is my first attempt at making anything along these lines, I opted to keep things simple. I was conscious of the fact that what works in 2D may not necessarily work in 3D. For now, getting something simple and finished was preferable to complex and forever a pipe dream.

Once the sketches were down, I chose the one that looked the best (ie: easiest) and built a load of primitive shapes in Maya. I stuck to dimensions and sizes that were actually possible with planks from smaller wooden pallets. I wanted to do as little cutting as possible, since this was just an initial prototype and I get bored quickly.

These concepts doubled up as useful if rudimentary IKEA guides by the time they were finished: 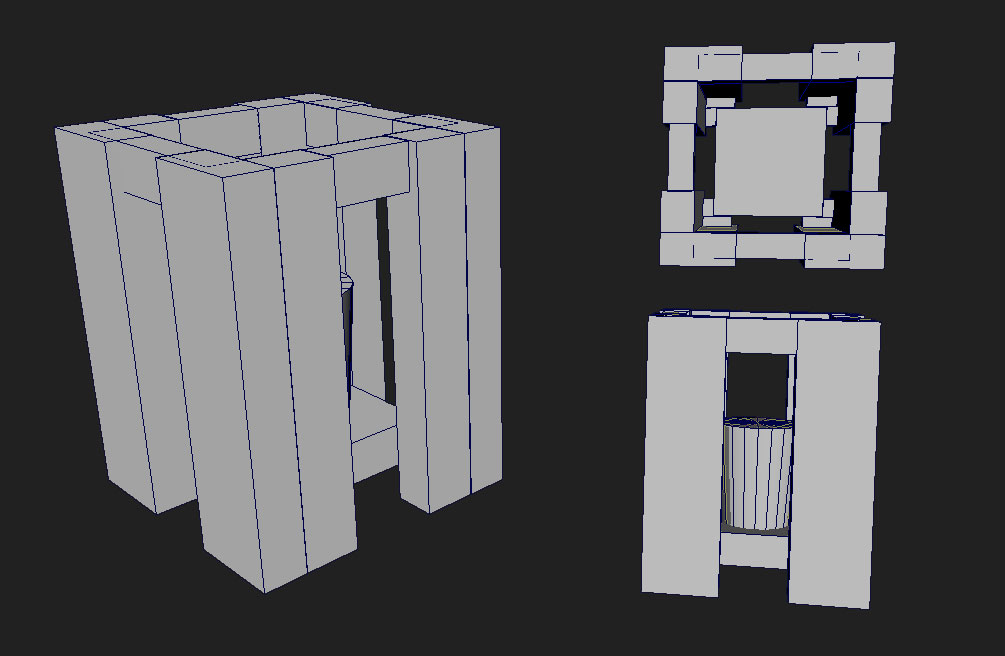 From digital to actual… or analog… whatever

Four planks were used in total, although by the time we (dad helped, looking thoroughly confused by my sketches for most of it – understandably) finished sawing them down and tweaking the sizes to my preferred proportions, we could’ve probably gotten away with two. Something to remember for next time.

Below is how they look, painted up and glued together. I settled on a black slate finish because it looks imposing, consistent with the shapes themselves. I also thought the warm glow of a candle inside would create some super nice rim lights along the edges. 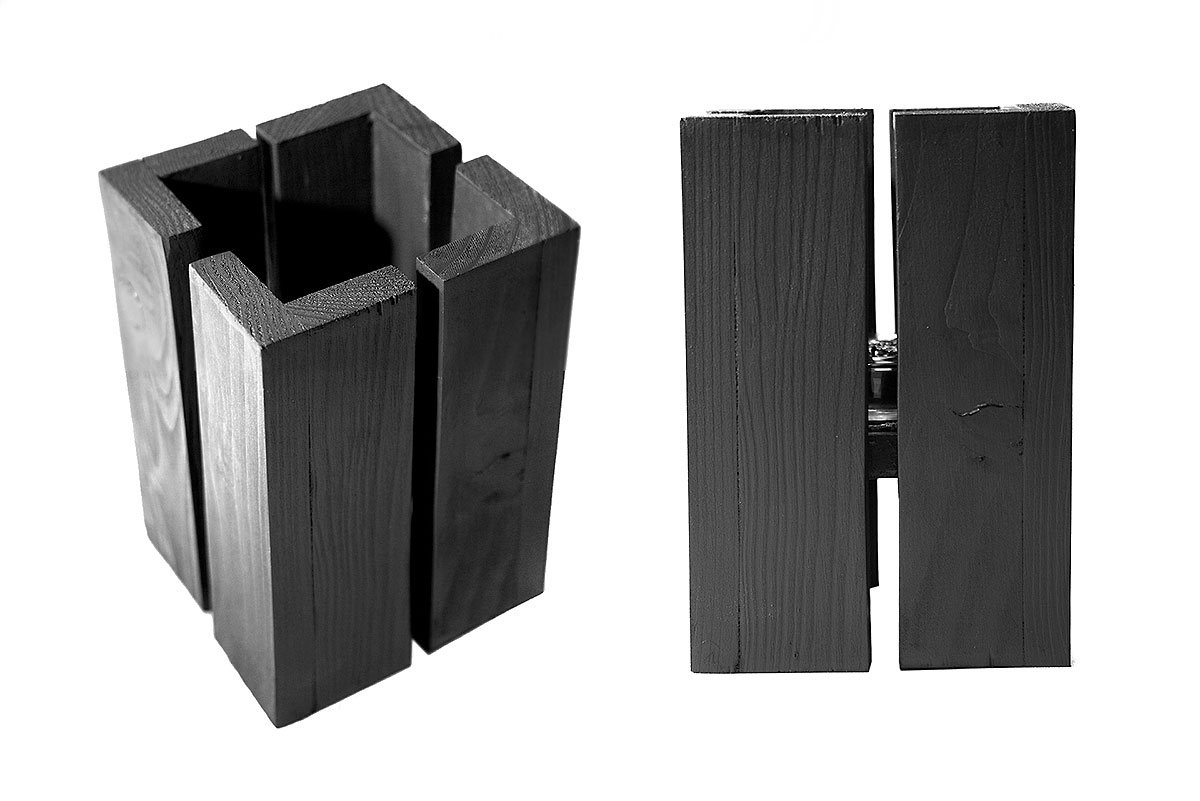 It looks like that thing apes were twatting with bones in that Kubrick film. I think, I’ve not actually seen it in years.

Making things up as I go along

Clearly, I took a couple of diversions in the design, namely in the removal of supporting blocks along the top and making the gaps much thinner. While the overall structure would’ve certainly benefitted in terms of both rigidity and precision of form (this thing isn’t super flimsy, but you wouldn’t use it as a football) by sticking closer to the original design, I wanted to get away with having as little geometry as possible. For aesthetic reasons as much as laziness.

It looks okay as a proof of concept, but overall really just emphasises that the next version needs to be super precise. Just a couple of millimetres worth of wonkyness and the heights being off by a fraction are enough to detract from the overall form.

That being said, I do like that from most angles you can’t actually see what’s attaching the central platform to the surrounding planks. It just looks like blocks standing or floating in negative space. That works better than I expected and something potentially worth expanding on.

Blocks and stripes of light

The one element really driving all the sketches and choice of finish was lighting. I wanted thick ribbons of pure luminance to drape tightly and neatly over surrounding geometry. I wanted light bleeding into dark across short, stark gradients that line the small sections bridging the inside to the out.

All lofty ideas that in execution, barely work. Those sharp blocks of light are certainly there, made all the more striking by the blackness of the wood which reflects more than it absorbs. But the base for the candle is far too high, so the profile is really lost when the lights go out.

I do like the intense concentration of heat inside the lantern contrasted, particularly since so little is able to escape. You probably wouldn’t use it to read against, but the amount of light that escapes is perfectly fine as a decorative piece. I’d just prefer the shapes be more consistent, which comes back to more precise wood cuts and gluing.

On balance, it’s a very crude, rough execution that mostly captures what it’s supposed to. 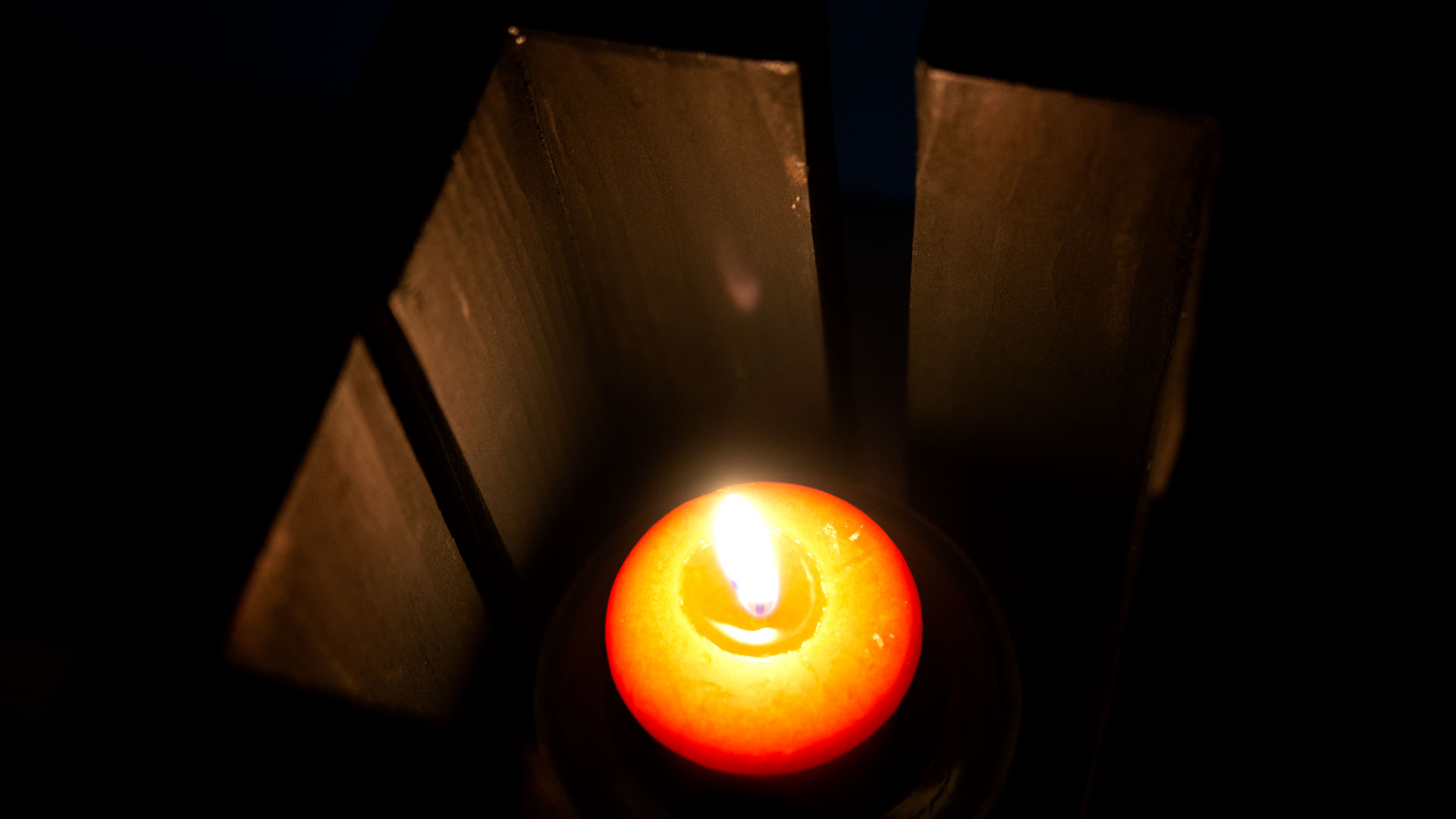 I need my cuts to be more precise and to introduce some more supports to improve the strength of the structure. This needs to be without effecting the overall silhouette. I’m conscious of detracting from the simplicity, but there might be a way of using more geometry to create more obfuscation. We’ll see.

Sanding the paint between jobs would probably be smart too, along with filling in some of the gaps that appeared through sanding the edges. Some areas of glue were especially difficult to clean away, so I haven’t. I’ve just not photographed them either. That’s not a huge deal but it’d be nice for the clean, sharp edges to be consistent regardless of whether they’re on an area syou can see.

Watch my gift be a half-eaten bar of chocolate.

I’d prefer that to a lantern, if I’m honest.