One evening in October 2019, I was alone in the house as Anna had gone for her biannual visit to the gym. It was later than I expected her return, when I heard the kitchen door nervously open.

An exhausted grunt constitues the usual greeting I get following any such activity. Tonight instead made way for the cautious whispering of “Mate, something’s happened”.

Now in the vast majority of circumstances, these words would be cause for alarm. This is especially true given how infrequently they are used in this particular order. Even more so when delivered with such a grave tone.

It’s the kind of thing you’d expect to hear before some unfortunate news about a family, friend or general situation of importance is develiered.

But I’ve been with this lady for over fifteen years. During that time, I have come to recognise what the subtle variations in voice, expression and word use mean. I know that frowning while looking down toward an imaginary subject in response to a question, means she’s cocked up and is trying to fathom some excuse that’ll spare her the guilt of admitting a responsibility not undertaken.

Conversely, I also know that frowning while looking directly at me in response to a question, means I am the one who has cocked up and she’s trying to fathom some excuse not to castrate me.

I know that the pitch of her voice can completely change the meaning of an ‘um’. It’s also what distinguishes a question from something resembling a question, that is in fact an instruction she was hoping I’d self-impose of my own, independent volition.

That’s why I knew that the careful opening of the door, subtle placement of her gym bag and delicate, insecure delivery of the aforementioned words meant only one thing:

She’d got another fucking cat. 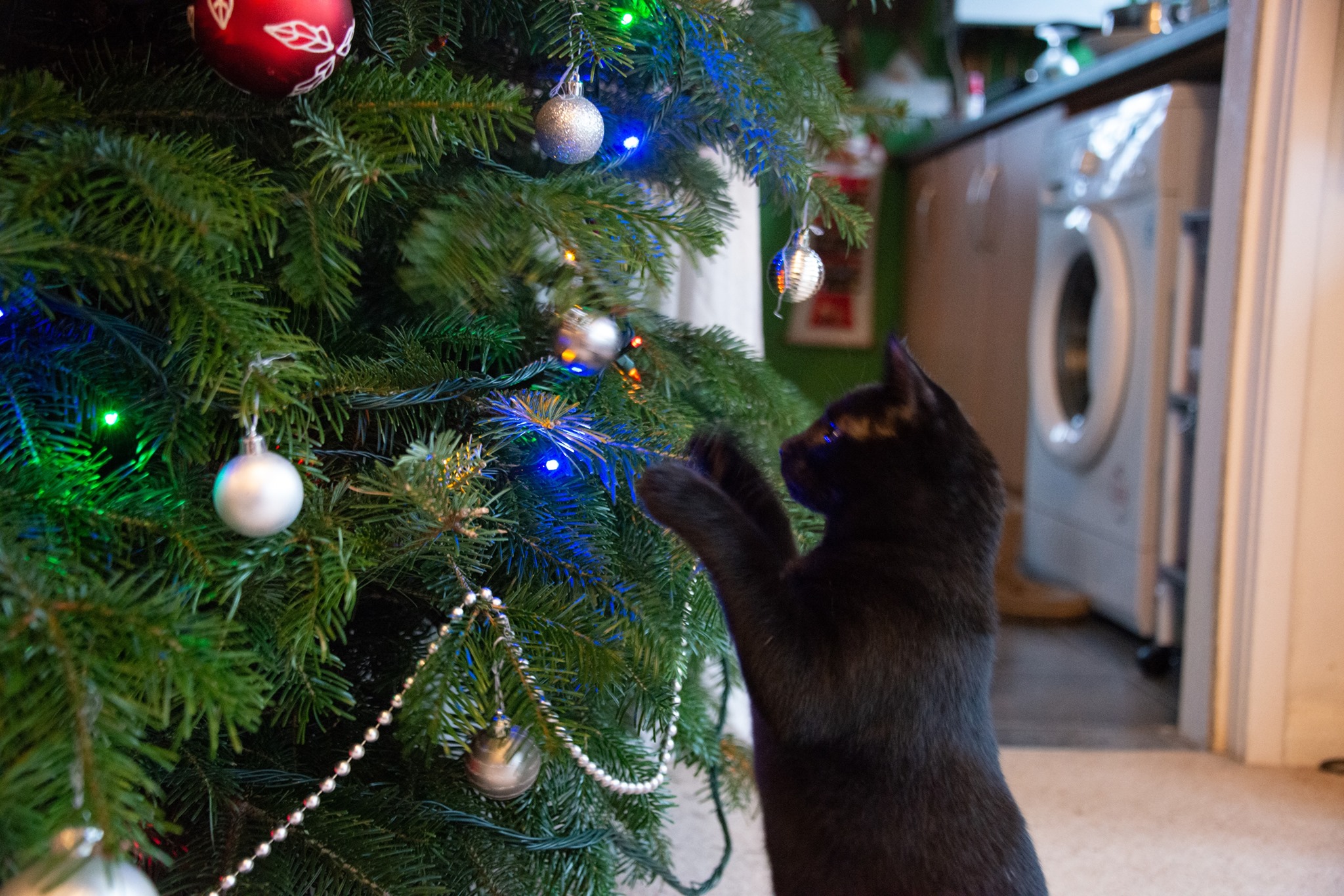 Wisper vs Christmas Tree. Out of several battles she is yet to win a single one. This fact has had no effect on her confidence. Fool.

An absolute mess of a kitten

Anna had been driving back up the main road of our village. Her attention was caught by a group of people parked up and running around, seemingly without aim.

You’d expect such behavior in Stoke-on-Trent (accompanied with knives and quarrels between lovers/family members (or both)), but not out here in Staffordshire. We’re civilised. That’s what our extra toe is for.

She got near our home, but then turned back to see if she could be of any assistance. Anna’s the good Samaritan in our house, incase there was ever any doubt.

Upon reaching the group, she learned that a black kitten had been spotted in the road and panicked. She’d been darting around in a scatter brained fashion and was in very serious danger of becoming another Wilfred. Wilfred was a cat of ours who got run over. Thanks for bringing that up. 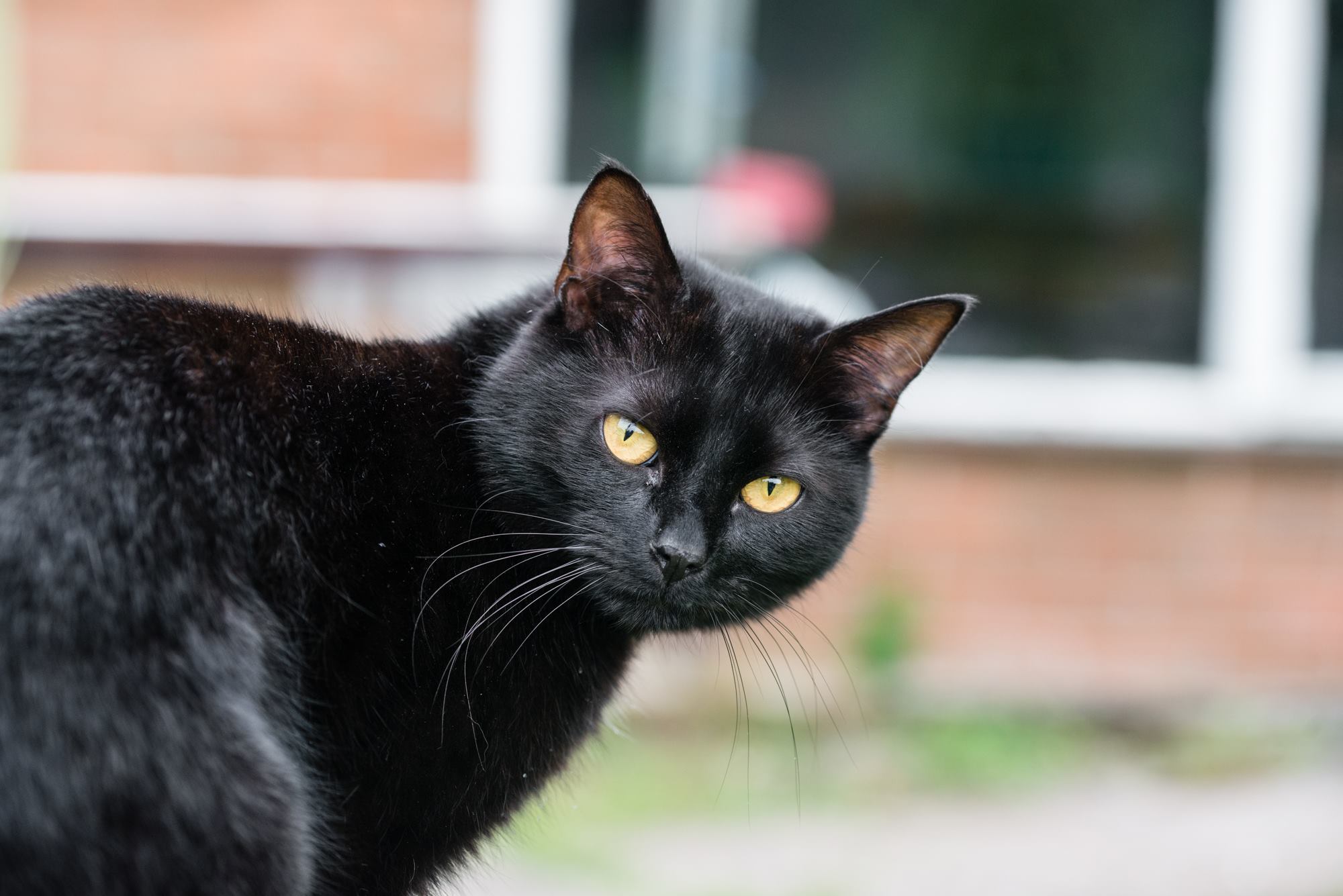 They had managed to capture her in a hoodie (the cat, not Anna). What this mangled handful of matted fur lacked in muscle and weight, she more than compensated for in attitude. Though exhausted from darting between cars and captors, she was nevertheless willing to fight.

The cat she bought home was in a comparable state to Marmite when he joined our family – terrible.

Malnourished, bleeding slightly and in a state of constant terror. It took us a couple of hours to calm her down and a couple of days before she was comfortable lifting her head.

She was also very, very quiet. Almost inconceivably so when compared to the constant barrage of noise spilling out of Jasper’s trap.

I suggested we therefore name her Wisper.

The h is silent. So I removed it. 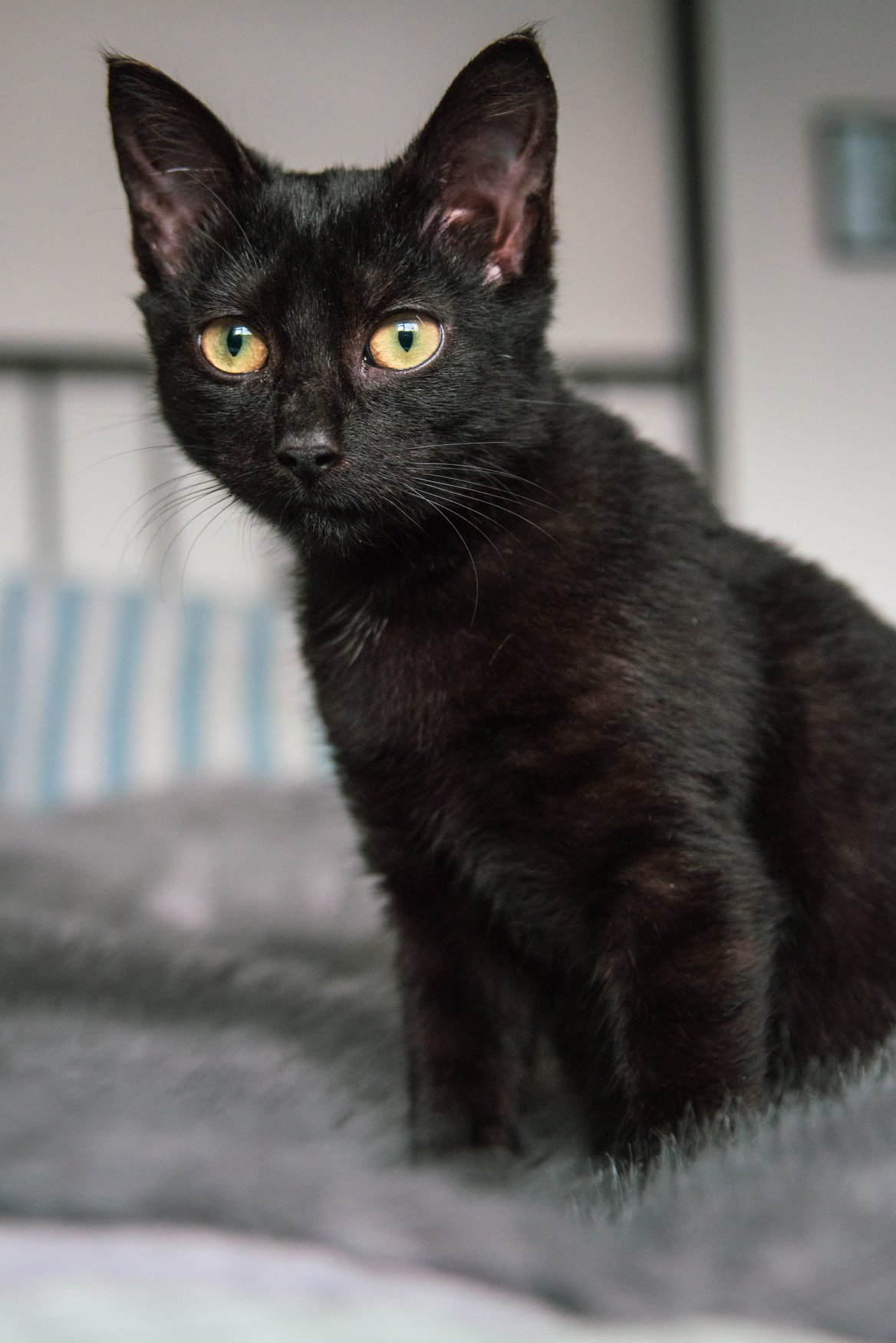 Our first photograph of Wisper.

Cats are twattish monsters of misery

I can’t really be bothered to turn this into a comprehensive log of her earliest days.

In short: she shit a lot – everywhere – got stuck behind several book cases, almost got decapitated by Jasper and did pisses that made my eyes sting.

The usual stuff. What can I say? She’s a cat.

Now bare in mind – I am not a cat person. We’ve now had four of the bloody things and every single issue that people cite when explaining their hatred for the creatures – I agree with. When people complain that they’re aloof, aggressive, arrogant, un-domesticated monsters, I point to ours not as proof to the contrary, but to the validity of their grievance. Total little dick heads.

And yet, they’ve each been my perfect little monsters whose company I would choose to take over 99.99% of human beings I’ve met – even the tolerable ones. Every time I look at them, they make my stomach do this strange, turning thing and that red blob inside my rib cage beat slightly differently to usual. I put these down to minor strokes induced by the smell of their poo, but others suggest it’s something called an emotional connection.

I’m not convinced it’s a phenomenon I’m a fan of. But I am convinced that their company is a gift. Sad as it is when they inevitably pass (in Wilfred’s case, far too soon), I’d sooner enjoy just five minutes of their stinky, irritating, carpet-staining behavior than go a lifetime without. 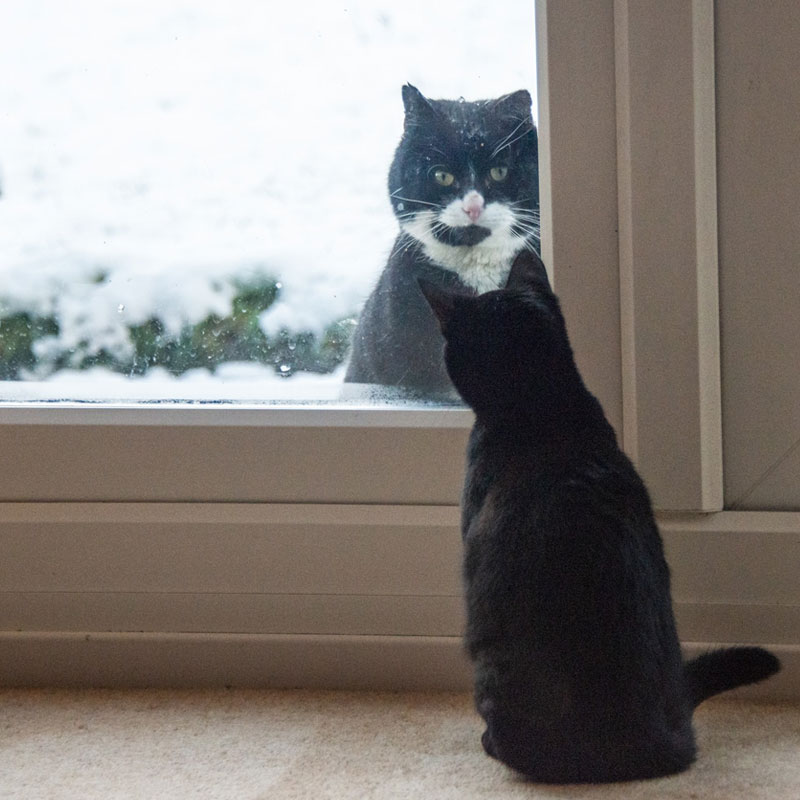 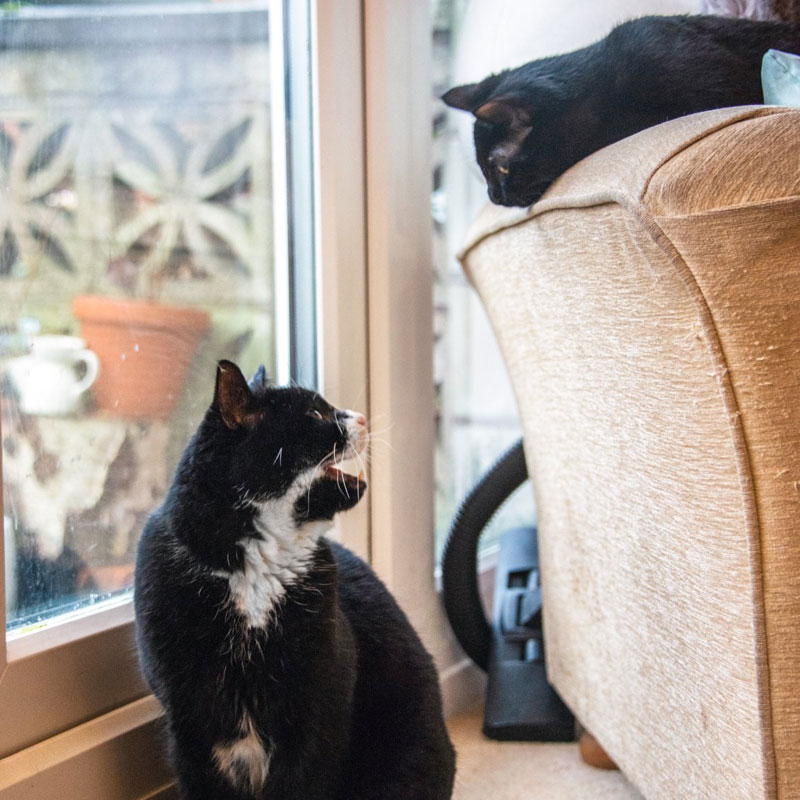 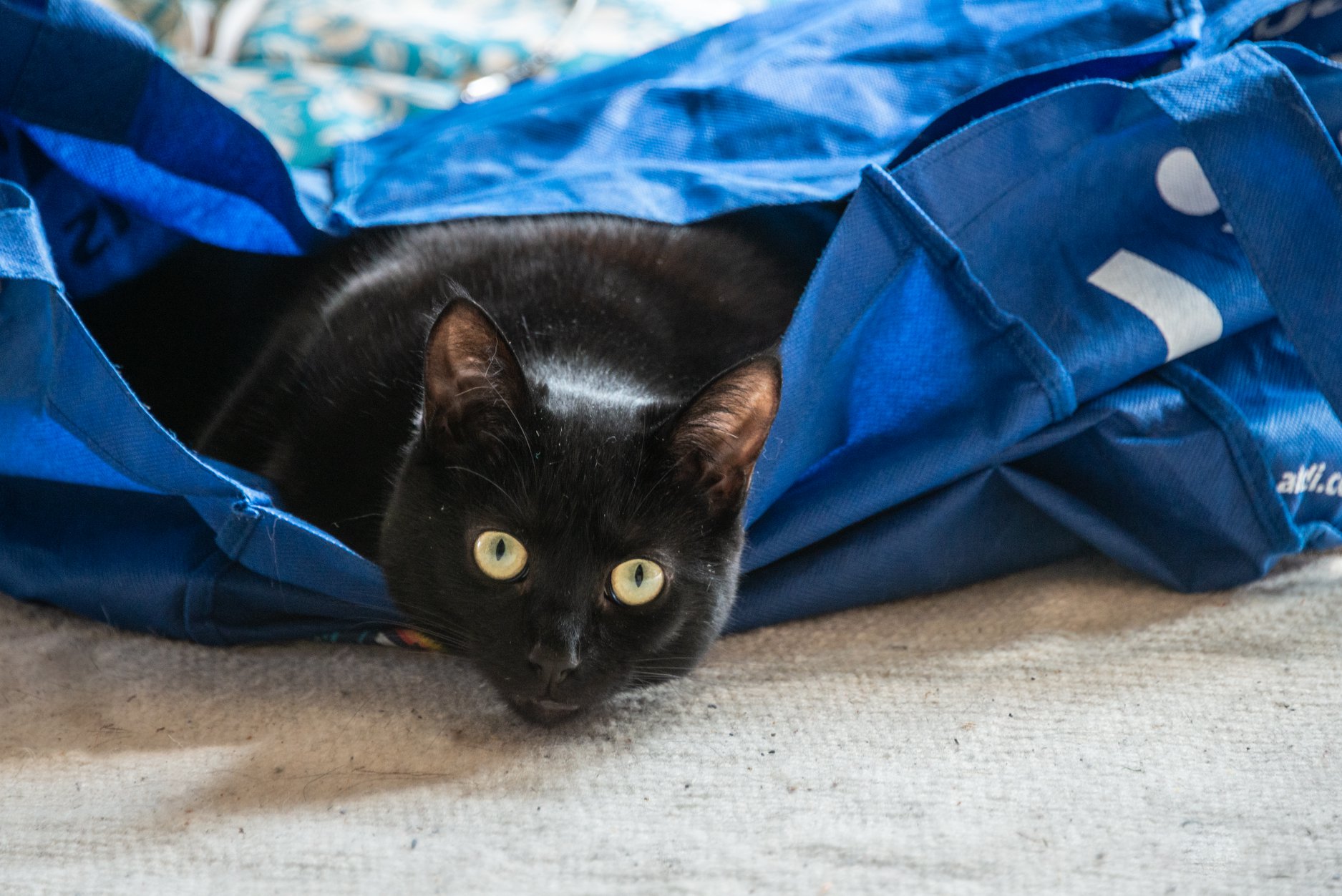 I was basically using this as an excuse to share pictures of Wisper being cute and/or funny. Yet, it turned out to be a rather confusing rant about how awful and wonderful cats are.

Anyway, she’s a year old now and probably the strangest of the bunch. Marmite was fairly chilled out and suave by this age. Jasper we adopted at like a thousand years old, so I’ve not idea what he was like. Probably a grumpy twat, same as now.

Wilfred was bananas. I think he was already climbing trees and head butting moose at one year old.

Wisper’s wild, but not as primal. Just odd.

I think I’ll leave you with this example: 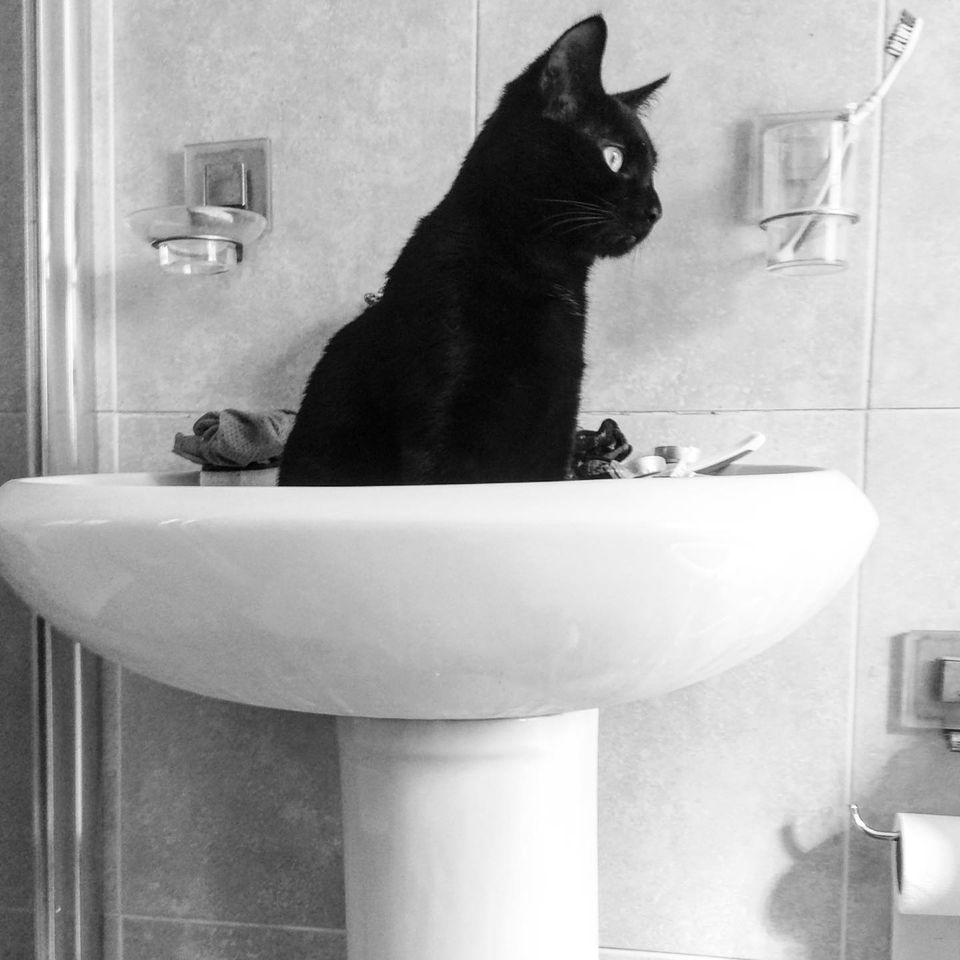