Having left Krasnyotsk pretty much immediately after the show, we’ve been travelling for somewhere between twelve and thirteen hours by the time I wake up. It might be closer to a billion.

But let’s just say twelve and a half. Being really specific about things to which you’re completely ignorant is a great way of sounding clever. And brave. Like a scientist who flicks Dragon’s testicles while they’re sleeping.

We’re approaching Irkutsk, which Denis informs us is well known for a series of angel statues.

I wake up a couple of times during the drive and note how different the landscape looks as we venture deeper east. No less vast, but there’s far more in the way of hills than we’ve been treated to thus far. The concept of asphalts remains one very much in its infancy here.

We eventually stop at a gas station for some supplies, a leg stretch and toilet time. Denis did warn us that the standard of toilet facilities would drop sharply in the East. He’s not wrong.

Hell awaits and my soul is not ready. 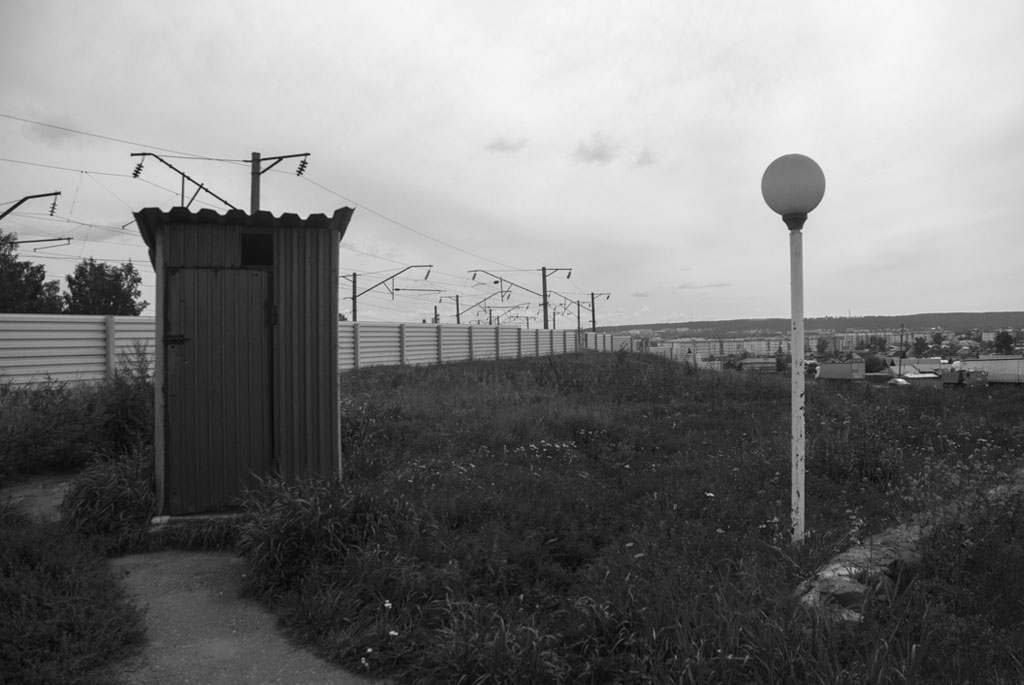 The quality of Siberian toilets is at the very least consistent.

The outhouse we’re directed toward by the petrol attendant screams ominous foreboding. As I reach for the door handle, my ears swell with the deafening thump of my ever increasing heart beat.

There’s something behind this door that will change my life forever. A reflection of my inner self. A vision of our collective future, naked of ethical value, swollen with rotten waste. When this door opens, I leave whoever I am now behind forever. I venture into the unknown, as the unknown, carried by the unknown. Destiny awaits and there is no turning back.

I piss up a wall instead. Because cowardice. 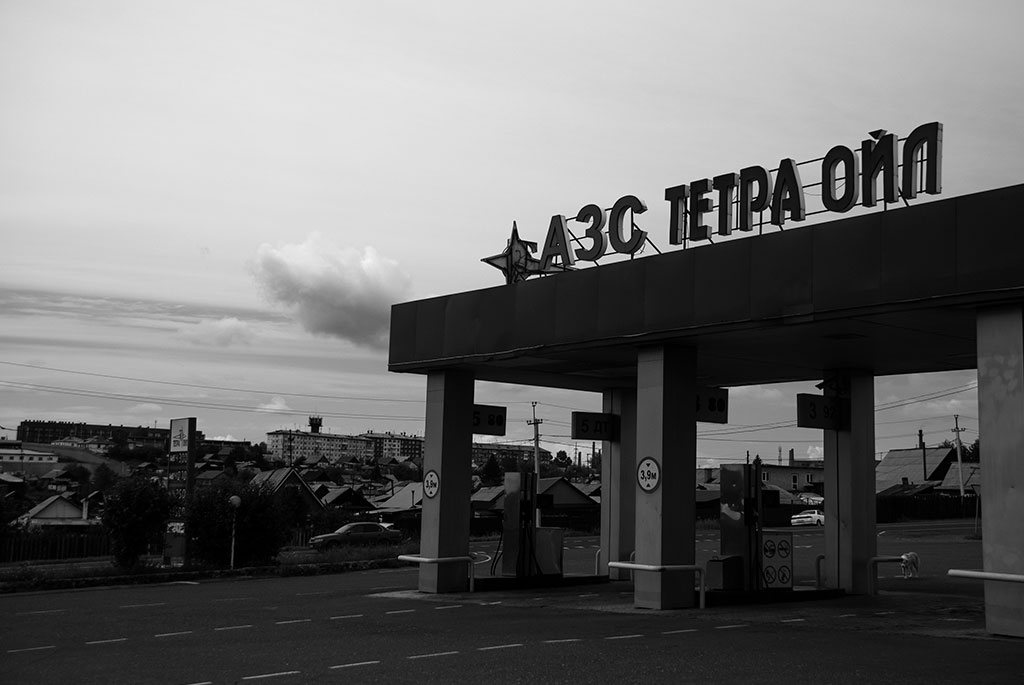 I’m not completely sure, but I think her strife is with the gender she was assigned at birth and its lack of solutions to such dilemmas, compared to those enjoyed by her male counterparts.

The end point of identity politics demonstrated in real-time. This is one of very few occasions I’m glad not to have female genitalia, also.

We return to the van. Alex is going to drive. 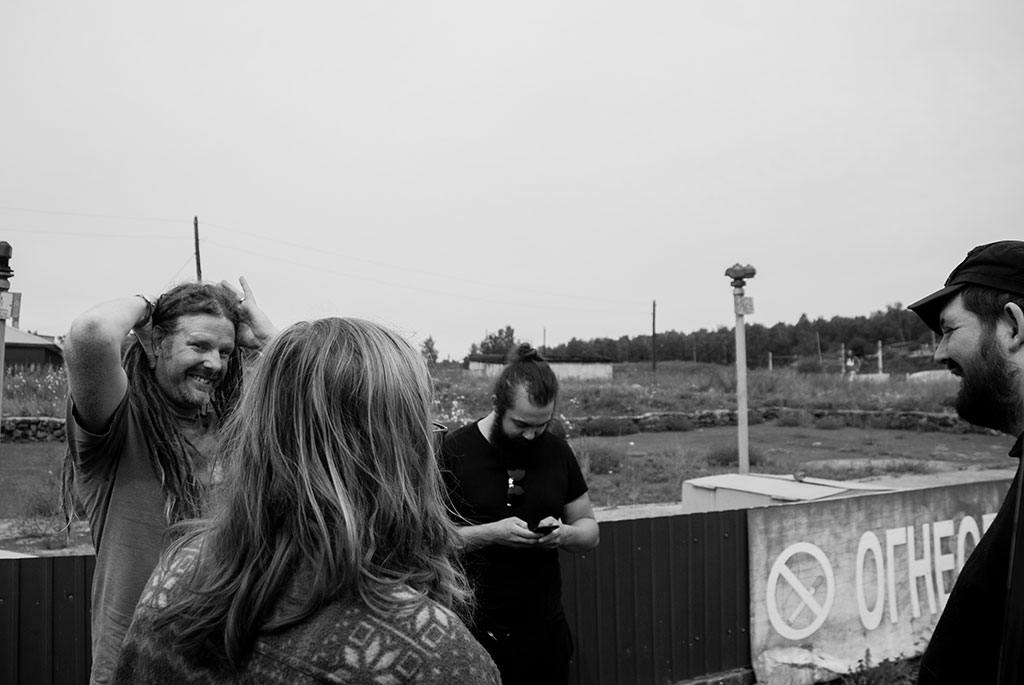 The last time we all smile before Alex inevitably kills us.

Driving through… somewhere in Siberia

I have no idea where we are. Given we’ve been travelling as long as we have (and bare in mind, we’ve a similar distance yet to go), I’d approximate that we’re in… Siberia, somewhere. Possibly in the Russian bit.

It is becoming trite to even mention at this point, the distinct, bleak, vast beauty of Siberia. We’ve enjoyed some endless horizons already, but today’s cloud formations and the colours spilled across the landscape are especially eye catching.

We’re being treated to some especially boss, dramatic cloud formations today. I’m a big fan of clouds at the best of times. They bring with them a calming sense of home given we see them 99.99% of days living in the UK.

But today’s are very striking. I think they’re helped by the geographic of the land beneath them. Though largely empty, the landscape is often dotted with pylons or collections of trees/buildings off in the distance.

It lends the sky a real sense of scale. Or maybe this is what the sky always looks at and I’ve been so distracted by the terrible future that humans have created for this planet, that I’ve just not noticed. I wonder if that’s a genuine thing? This is 2018 afterall, there must surely be some ‘type’ of crippling anxiety which stems from concern as to the longevity of mother nature’s well being.

She should’ve thought about that before farting us out.

This time when I awaken, it’s pitch black darkness and we’re pulling into what appears to be an industrial estate. There’s a ton of warehouse looking buildings, adorned in grit and weathering.

I like these sorts of places. They remind me a lot of the Ukraine venues we played in 2015 and 2016. They feel quite isolated from the rest of the world which is further encapsulated by the people who’ve amassed here.

It might shock you to learn, that Krupskaya aren’t the most popular band on the planet. Nor is grindcore the most widely embraced musical genre. I know, I can’t quite believe it either.
All I’m saying is, that the space in wider culture occupied by this demographic is decidedly small. It’s rough around the edges, dark or critical in nature, unapproachable (by more widely adopted standards) and disinterested in compliance with ‘typical’ conventions. These values are well encapsulated by the place they’ve chosen to congregate.

The venue itself is of the ilk we’re well used to. A group of people who have a unified interest in creating and sharing this culture, this type of music, found a space and made it their own.
Parts of the ceiling are falling down, band posters and social-political motivated imagery adorn the walls and floor. The PA is not one that’s likely to light up the Manchester Arena anytime soon, but it does exactly what it needs to and from where I’m standing, the sound is pretty good.

This isn’t for everyone, but it’s raw, open and clearly loved by the folks it’s been made for.

The music starts at the place, almost predictably at this point, erupts. The crowd isn’t huge, but they fill the space. The intimacy of the experience means that every note and beat resonate through the air, floor and bones of everyone stood in the room.

I’d say there’s far more young(er) people here than have attended many of our shows on this tour. Mid to late teens, early twenties at max.

That’s not unheard of, but it’s not been the norm and it gives me some positivity toward the future of the scene. I think it’s important for any genre or artistic movement, to cultivate longevity through engagement with tomorrow’s artists. That seems obvious, but none of these are without their elitist segments which only repel people who might come in with new ideas to drive the collective forward.

Why this comes to mind during a black metal band’s set is beyond me. Everyone’s going nuts and should probably be directing more attention to just enjoying the experience.

This dude’s clearly going through some shit. 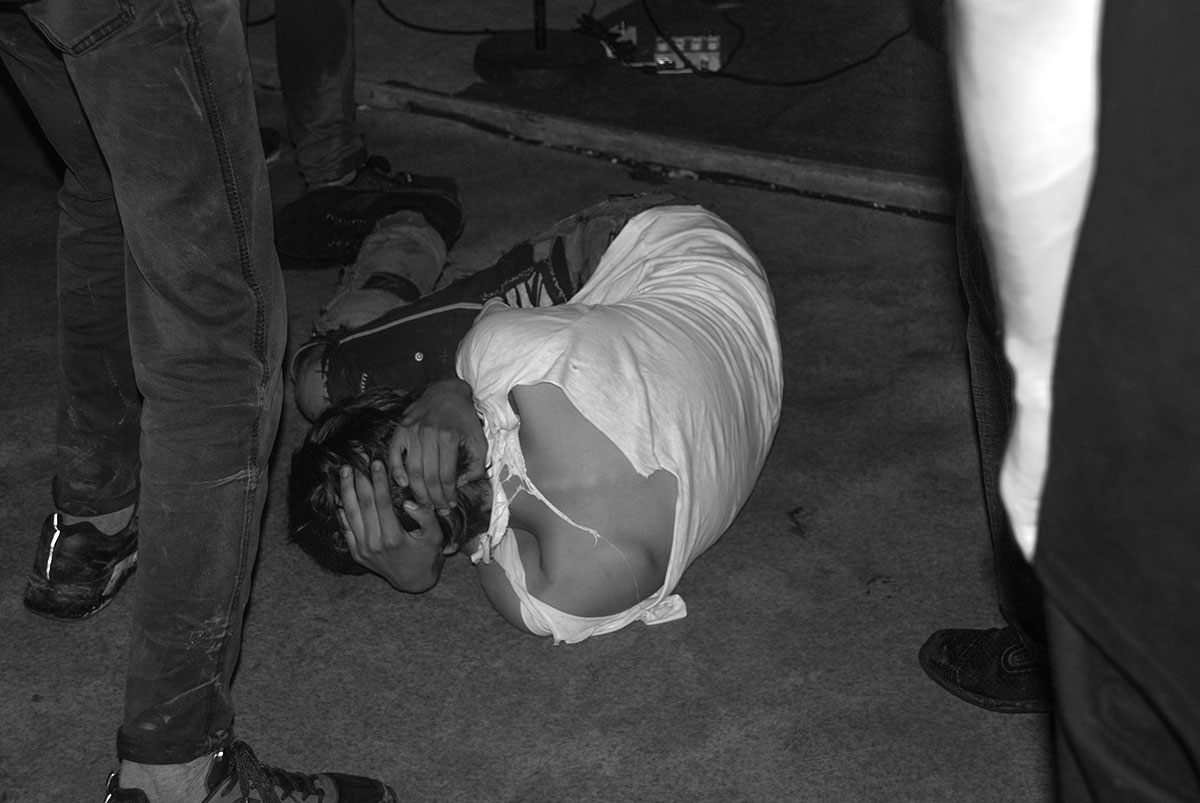 Dude just realised he paid a quid to watch this. Wounder.

The band wraps up and we quickly unload, ready to inflict upon the (relative) masses some of the most painfully brutal noise I hope they’ll ever hear.

And… it goes good. Nothing really stands out as problematic, I seem to play all the songs correctly and the overall feeling is one of power, syncronicity and intensity. I won’t turn my nose up at just one of those so for all three to arrive at once – happy days.

Soon after we’re done, we’re packed up. Many smiles and thanks are shared.

Some of those thanks even come from people who watched us play. Wonders will never cease.

We bid our fairwells to Elana who has been very good company and a wonderful host for the last… four days now? Or is it five? Bollocks, time’s gotten a bit screwy.

Either way, she’s been boss and so we wish her safe travels. 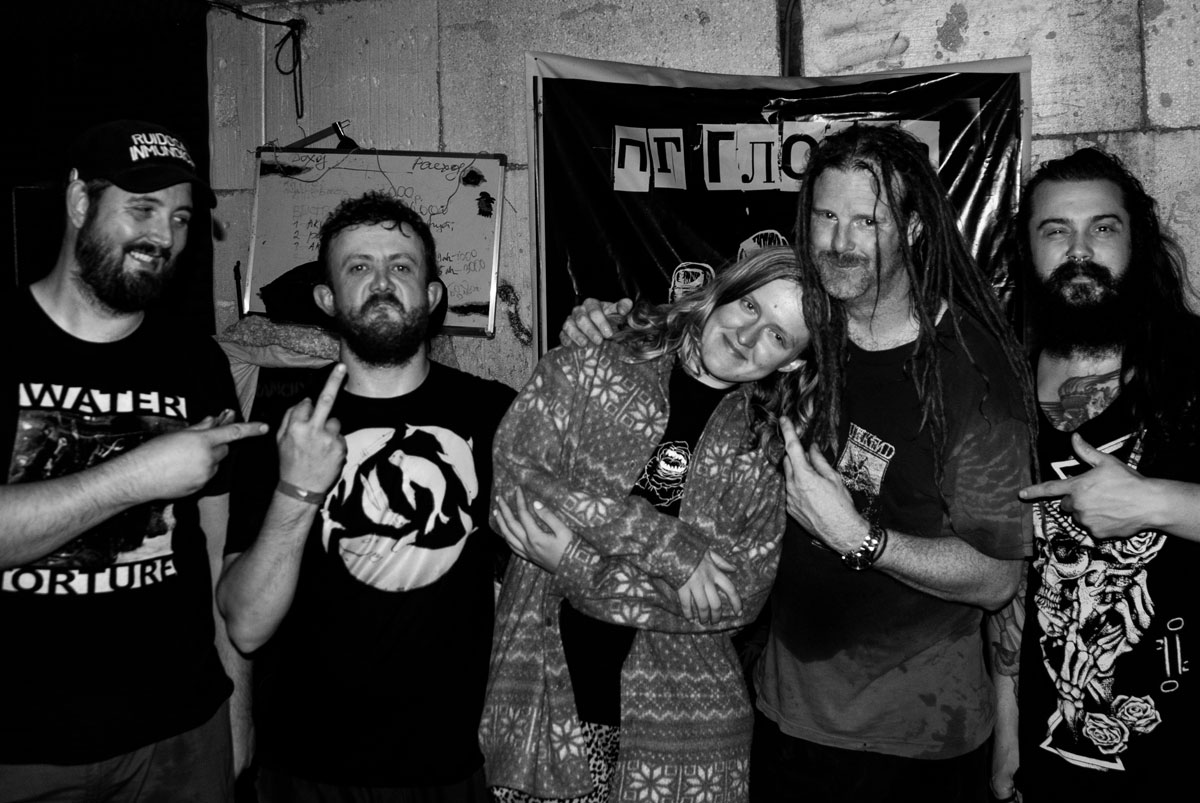 The best food yet

We drive to our host’s abode and while he immediately gets to work cooking (I feel like it’s really, really late at this point), I get to work doing work. I need to work on some t-shirt designs for SharkStuff and being on tour has given me a kick to improve the aesthetic of my own website.

The latter is usually extremely problematic, because such kicks have a tendency to arrive in the midst of several freelance projects. The last thing I need on such occasions is to have my attention diverted by something not massively important (by comparison). But when something gets into my head as needing to be addressed, it causes a significant amount of noise until it is.

Something else I need to work on but for now, getting my site sorted is no great digression.

Everyone seems equally knackered too, so it’s actually a very pleasant, peaceful evening.

When the food is eventually done… holy shit. Did this dude just make a load of bread from scratch? AND these sauces?? Jesus, this veg is friggin’ nuts! This shit was well worth the wait and justifies today’s seemingly endless driving all on its own.

So amazed by this banquet am I, that I end up having to go for a shower. I mean, I don’t even smell too bad. I and everyone else have tolerated me stinking far, far worse on multiple occasions. I don’t know. That meal was just a whole new level and feel as though it’s time to be reborn.

I’ll probably take a dump, too.