When I say collection of moulds, I don’t mean the gross stuff that hipsters insist makes cheese taste better. That’s mold and should be avoided at all costs. Because it’s gross.

Rather, these are plaster moulds, of which there are somewhere in the region of 70,000 individual pieces. All of these currently reside on the Spode site, which was a significant factory during the Industrial Revolution and the home of Bone China.

That’s a type of porcelain, not a cultural movement intended to increase birth rates in East Asia.

Spode produced world-class ceramics for over 230 years, before its eventual closure in 2008. Tableware, gifts, homeware, you name it and this place probably made it.

The goal of this event to is to engage the general public with these items and some of the tools/processes used to create them. This is being done through a variety of exhibits, interactive and otherwise.

A couple of us have helped with the whole ‘interactive’ thing. 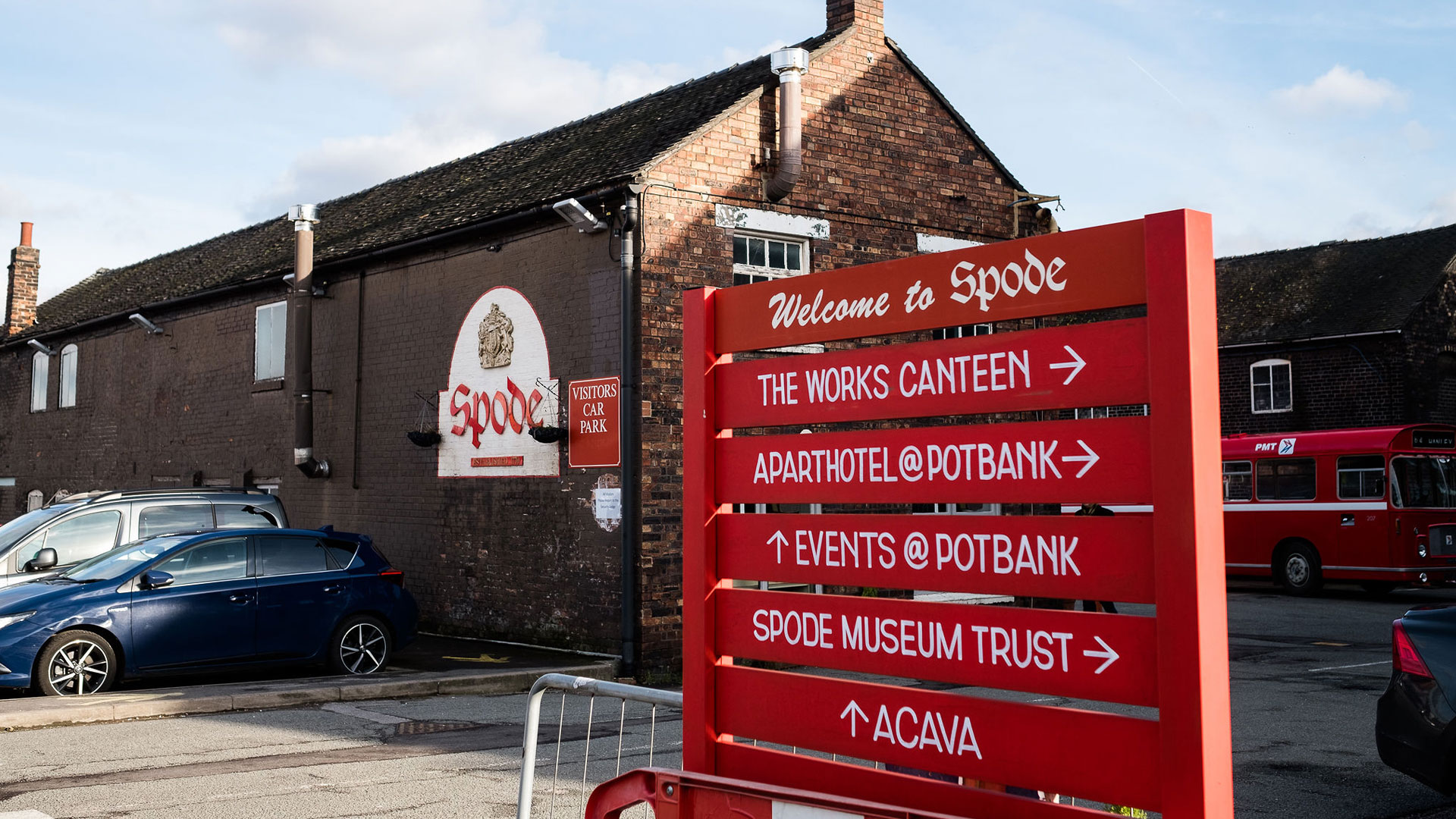 This project is all about awareness and engagement. To quote a recent press release:

With the pace at which the site is redeveloping, this pilot project aims to draw greater awareness to these heritage assets.

Professor Neil Brownsword is leading the project and contacted me earlier in the year, as we are both employees of Staffordshire University. He was initially looking for thoughts/advice on how these items could be digitally preserved. This naturally led into methods for engaging the general public. 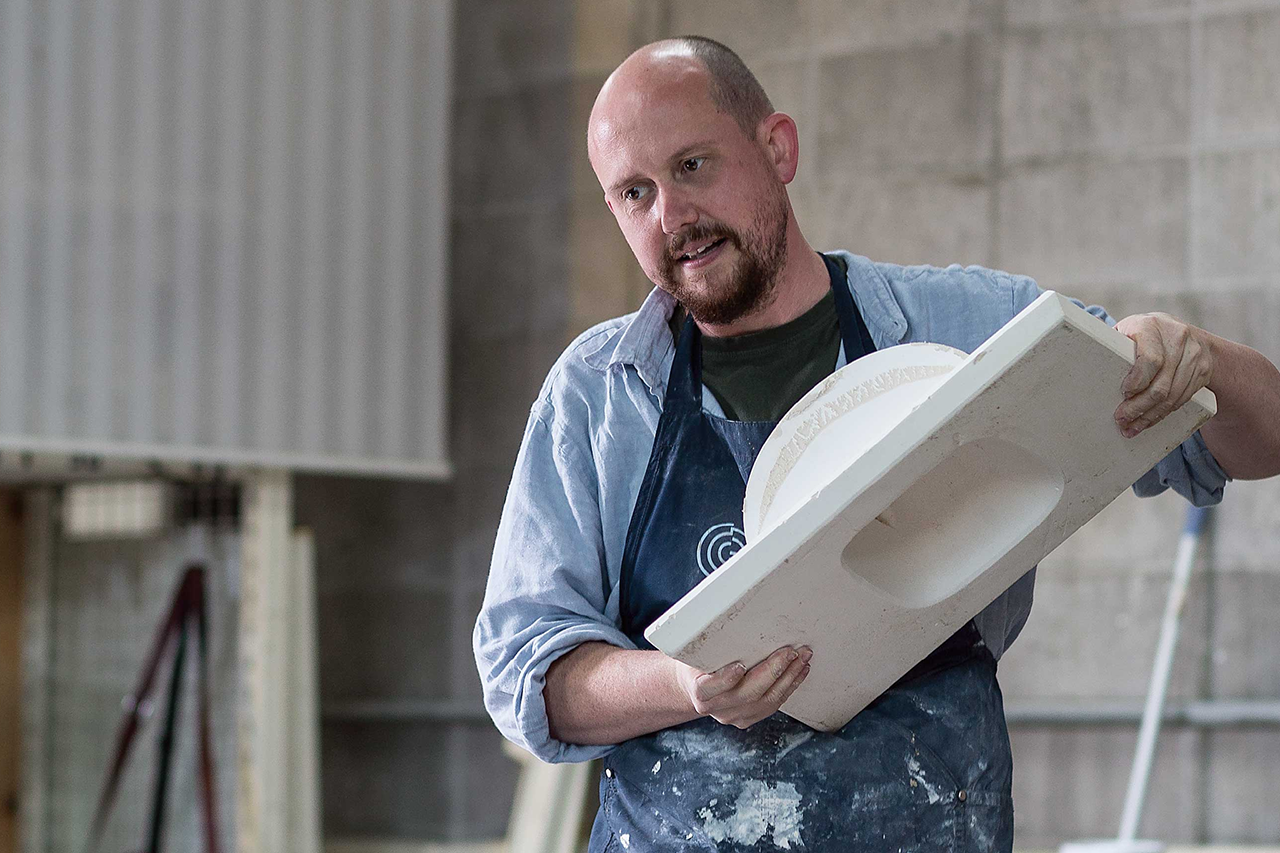 I invited colleagues Rich Harper and Tom Vine to contribute their expertise. Obviously because I felt their technical brilliance would further improve our output.

Not because it’d mean less work for me.

I’m totally not a hack fraud.

What really hit us when visiting Spode the first time, was the sheer volume of moulds. It was like “Bloody hell mate, that’s a shit ton of moulds”. We wanted to create something that captured this sense of scale and your presence within.

It was also important that users have the opportunity to explore the environment with as much freedom as we could afford them. Control and exploration always make these experiences more rewarding for users.

We felt that rendering a digital reconstruction of the space using Virtual Reality and photogrammetry would be the ideal approach.

Mainly because we’ve already done a ton of it before. Although it’s generally been with sharks. 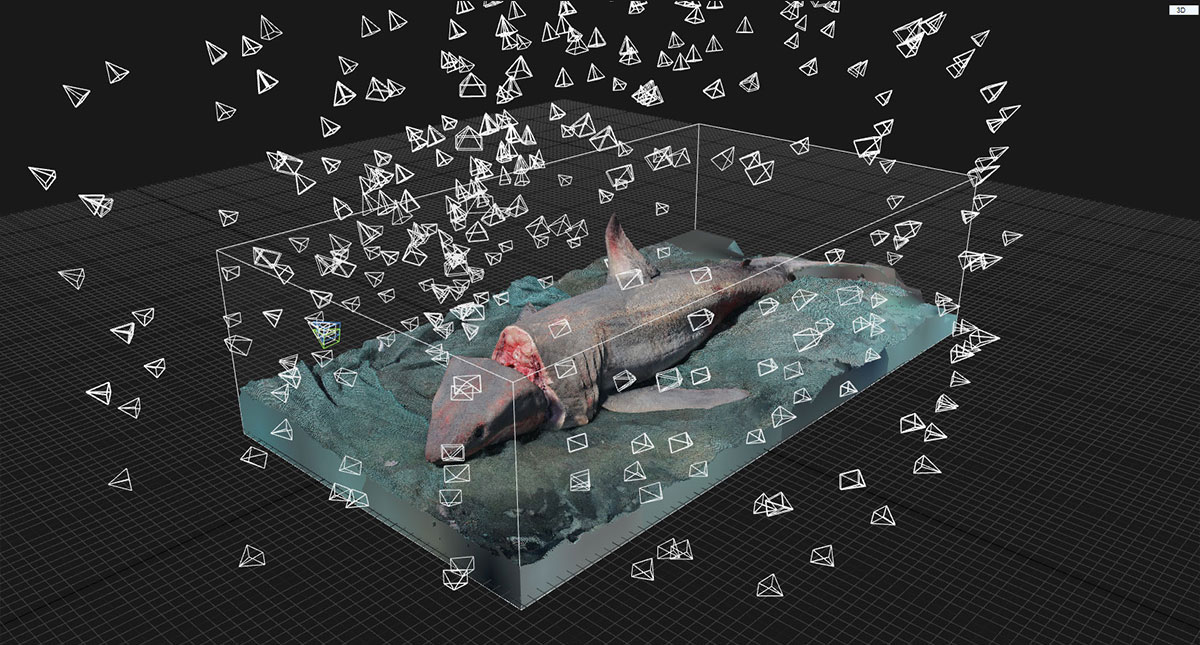 Obviously, I couldn’t go a whole journal post without mentioning sharks at least once.

So Rich and I spent one afternoon taking enough photographs of one of Spode’s storage rooms, to reconstruct it in Reality Capture. Rich handled the export process, the meshes from which Tom then turned into an interactive VR experience, using Unreal Engine 4.

This experience is powered by Discover, a system of navigation and interactivity tools designed specifically for VR. Myself, Rich and Tom have been developing this in our own time for the past year or so, through side business 3Digital.

We’ve incorporated it into a couple of projects for the University and Marine Dynamics Academy. This is the first time it’s going to be tried by a large volume (hopefully) of people with minimal instruction.

Here’s a quick demo of how it looks in action: 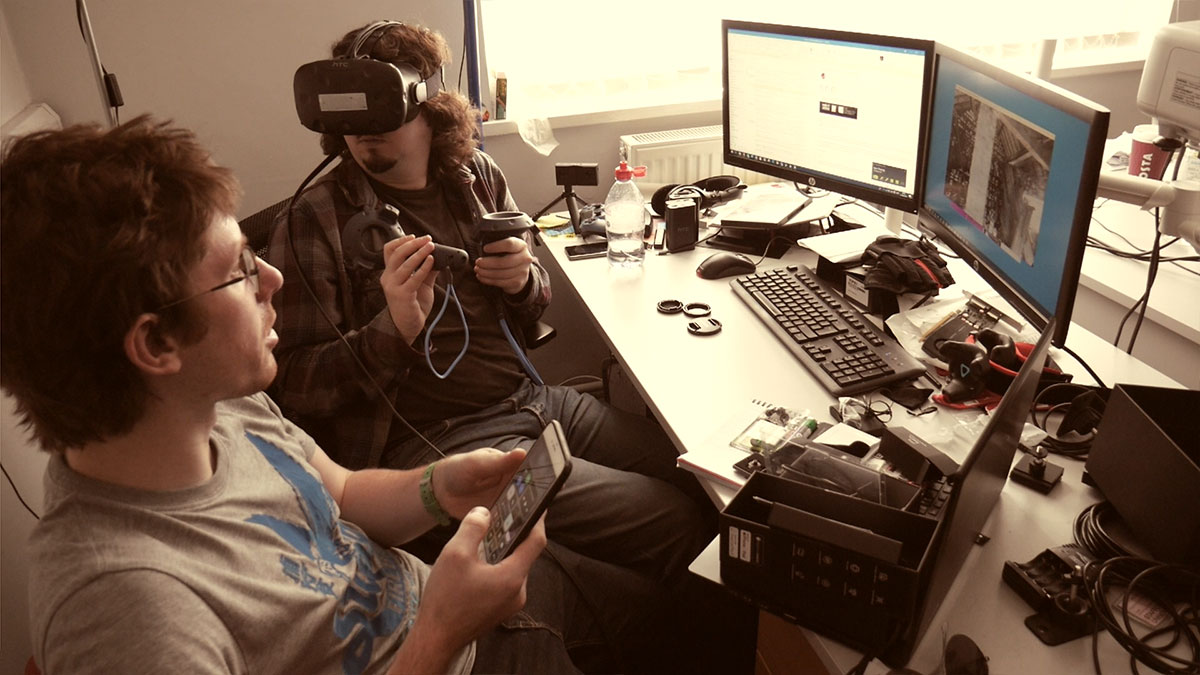 First prototype of the Spode environment, working in Discover.

Depending on how things go over the next few weeks (and since the start of the new Academic year is upon us, it’s likely to be terrible), we’d like to reconstruct at least one more room.

Navigating the space is a lot of fun in Discover and it really drives home just how many of these moulds exist.

We’ll see. Either way, if you’re in the area and have an interest in VR, it’s definitely worth skipping work for. Promise.

As cool as it is giving people access to areas they’d otherwise be restricted from, VR isn’t for everyone. It isn’t a particularly social experience either, in this context. You’re in a separate world. Although an audience can view it onscreen, there’s still a disconnect between they and the direct user.

So we pitched creating a ton of 360 panoramas of multiple locations across several restricted rooms. These would then be displayed on a touchscreen. Visitors could then get a reasonably interactive, group based experience without the learning curve of VR. 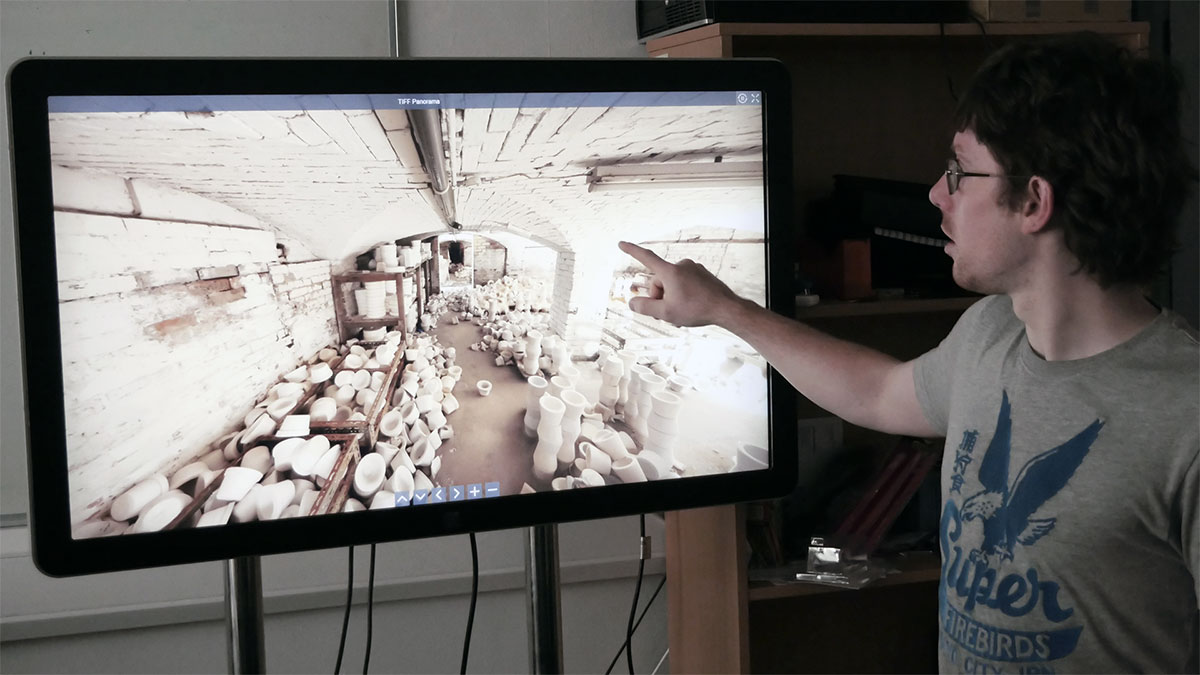 This part of the project was done as a collaboration between School of Computing and Digital Technologies and Technical Services at Staffordshire University. Rich and I visited the site a couple of weeks back, with a few studio lights and camera borrowed from our media stores. The rooms were shot in an afternoon, Rich then produced the panoramas and I am currently finalising the web interface.

A live technical demonstration of the close range photogrammetry process (similar to that used in the creation of the VR environment) is also being installed.

This really has bugger all to do with me, but is strongly linked with Rich’s PhD. He’s good at this stuff and quality should always be recognised. Unless it’s a Liverpool FC player.

Rich is aiming to investigate the inherent inaccuracies that come with digital reconstruction through close range photogrammetry (compared to say, laser scanning) and methods for accounting for, or even correcting those inaccuracies . At least, I think that’s it.

He’s welcome to slap me if I’ve got that wrong. The data is also being used by one of Prof. Brownsword’s PhD students, Emma Fallows. 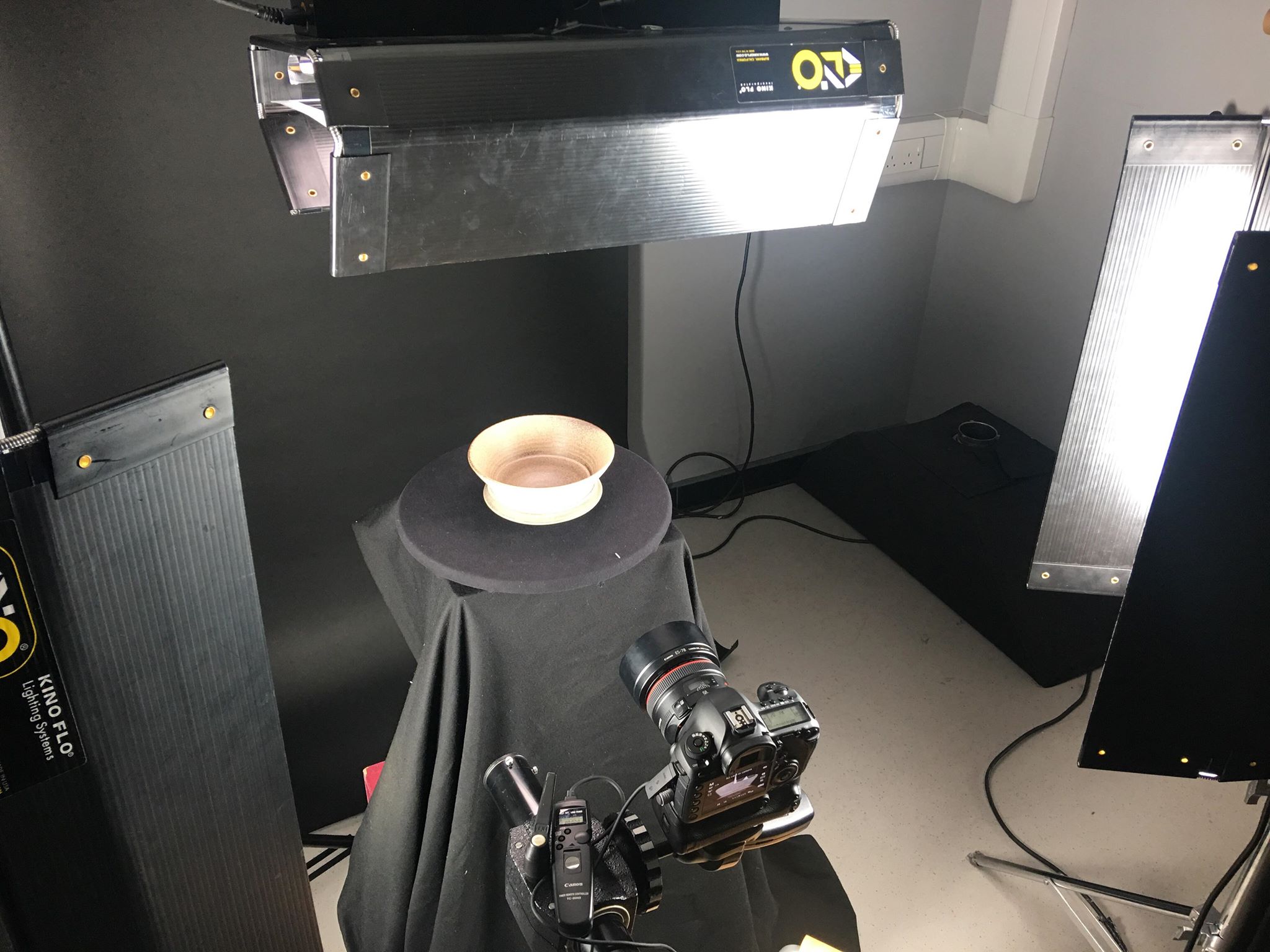 One of Rich’s early photogrammetry setups

Given the steadily-increasing use of close range photogrammetry in games and visual effects, anyone interested in pursuing a career in games art might benefit from seeing this in action.

Between this exhibit and the VR demo we’ve built, you very quickly get an idea of the potential such pipelines open up.

The project is open to visitors during this period, Wednesday to Sunday 10:00 to 16:00.

Myself and Rich’ will be attending some weekends, so you’ll definitely want to make it to one of those. Because we’re cool.

I’ll be sharing another update from the actual launch, in the meantime, thanks to all the partners and supporters involved with this project. Please do check their links below.