Wow, I think this is the latest I’ve woken up in a morning on this tour, so far.

Denis informs me that tonight’s gig in Novoborinsk has been cancelled, so there’s no rush to get moving. I’m pleased by this news. I’ve always harboured a quiet disdain for consciousness, so the opportunity to steal a few more moments sleep is one I’d grab with both hands, were I not likewise adverse to the concept of physical effort.

I can smell breakfast. Bollocks to all that, I’m awake now.

Before Novosibirsk – Omsk and a subway station for idiots

Our host has prepared for us a fantastic banquet, comprising eggs, cucumber, croissant, chocolate and a rich, thick, black coffee. Did I ever mention how much I enjoy touring before?

Moments like this have been questioning whether it’s because it’s enabled me to see so much of the world, sharing my craft with adoring fans (ha) of all nationalities, or just that I get fed.
I really, really like being fed.

I take a moment to admire the view from the balcony, difficult as it was to truly appreciate last night, given it was drenched in darkness. Speaking of drenched, there’s a strange smell, like a homeless person was slowly soaked in their own piss to the point of death.

Ah, my clothes are hanging up. That explains it all. 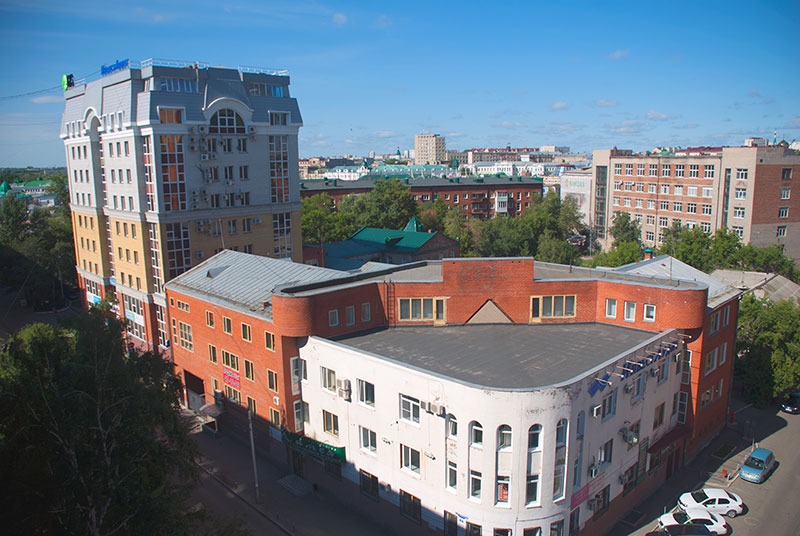 Alex gets a selfie with the Joseph Stalin photo on the wall. I think that’s a good a sign as any that it’s time to leave. I for one could never, ever reduce myself to being photographed next to such a disgusting, amoral, utterly despicable piece of shit.

But then, poor old Stalin’s stuck in a picture frame, so there’s very little he could do about it.

Throw a blanket over me, I’m on fire.

We grab a quick photograph with our host and proceed into town, as there’s one stop everyone would like to make before journeying towards Novosibirsk. 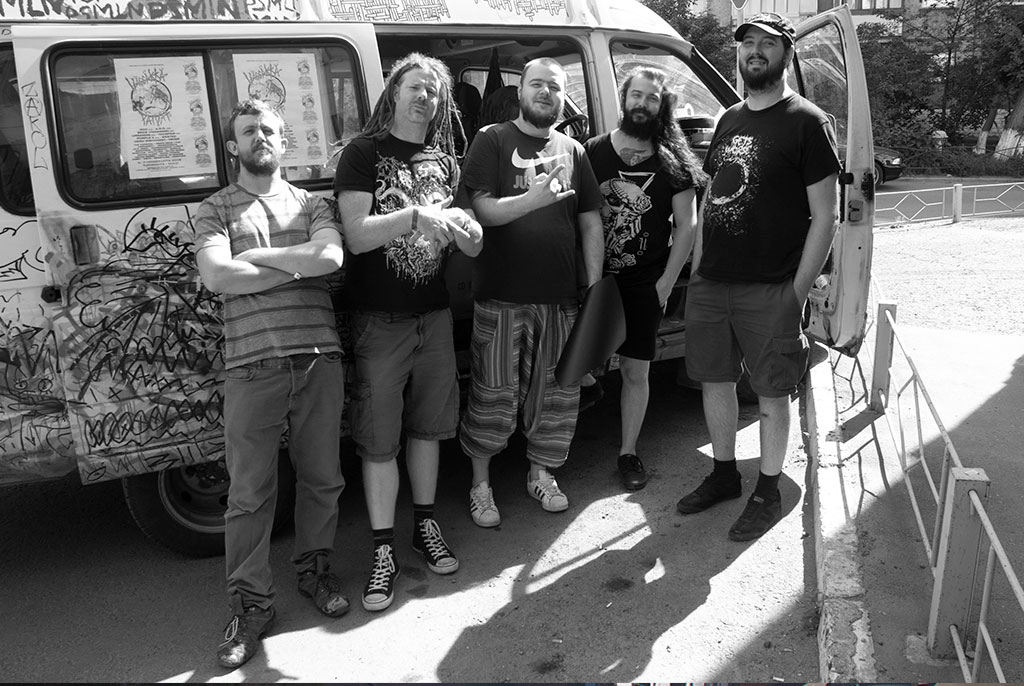 If a more manly group of menly men exists with in grindcore – I’m yet to see them.

If I understand this correctly (and perhaps this is where the understanding that Omsk is idiotic truly comes from), the council built a subway system with one – yes, one – station. That’s literally one underground subway station, serving absolutely no purpose. Denis explains the origins of this less than sensible decision on the part of city planners, which I only partially here. I think they needed a Subway before they could be officially ordained ‘a city’, so they built one.

We need to see this for ourselves and indeed, yes there is a subway and yes, it has only one station. Incredibly, it’s not that busy. 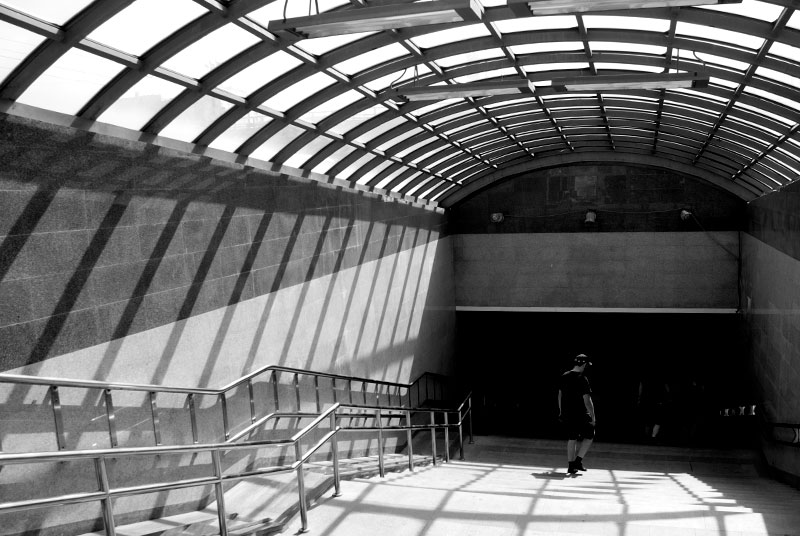 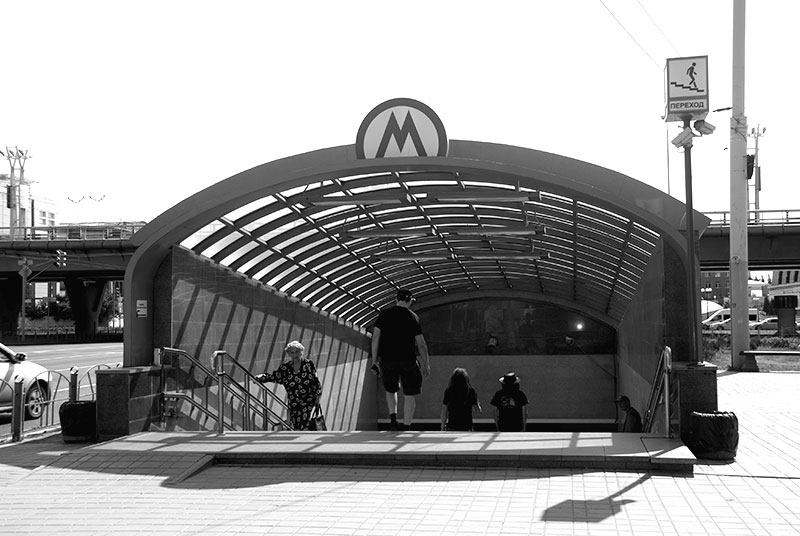 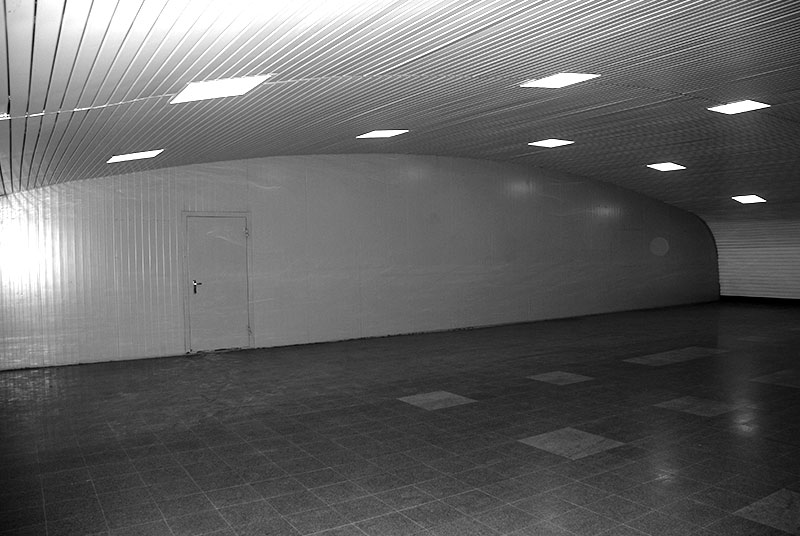 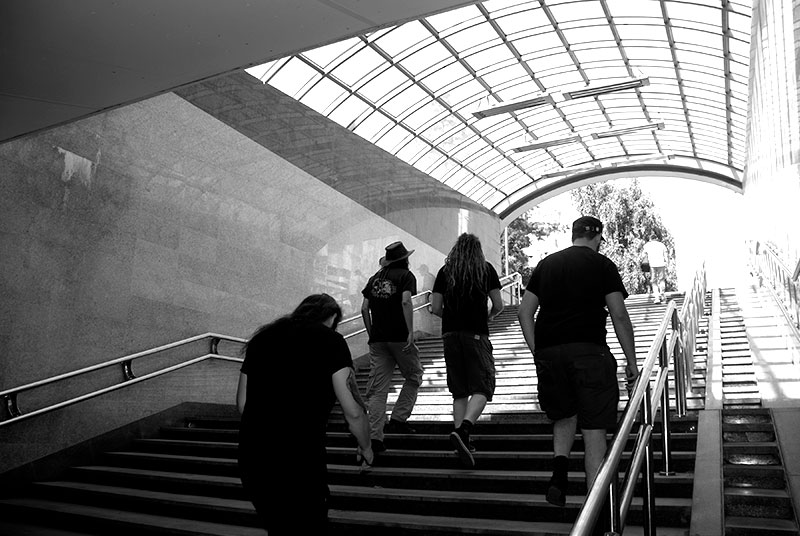 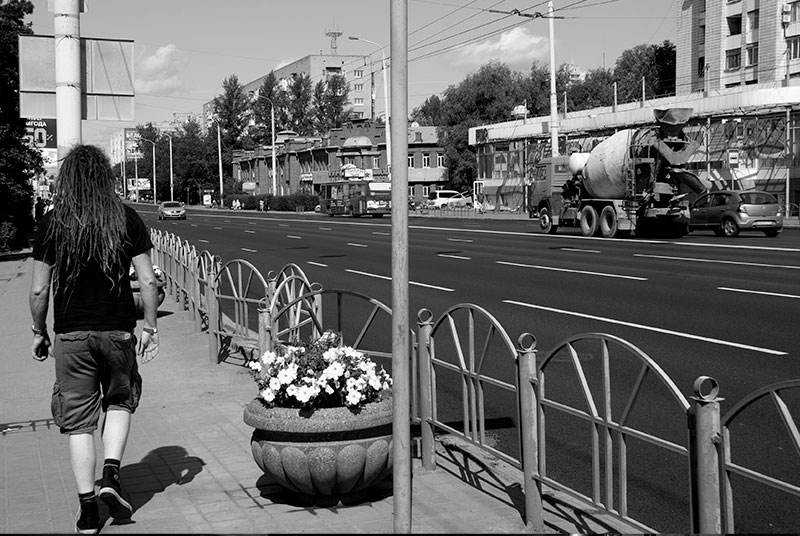 I get the distinct impression that this represents the extent of the excitement likely to be experienced today.

We get some supplies (cheese, bread and pistachios ftw) and bugger off. I’d like to say I’ve been surviving on nuts for the duration of this tour so far, but my juvenile self (the one comprising 99% my personality) would enter a giggling fit lasting the rest of the day.

Thanks Omsk, that was an experience. 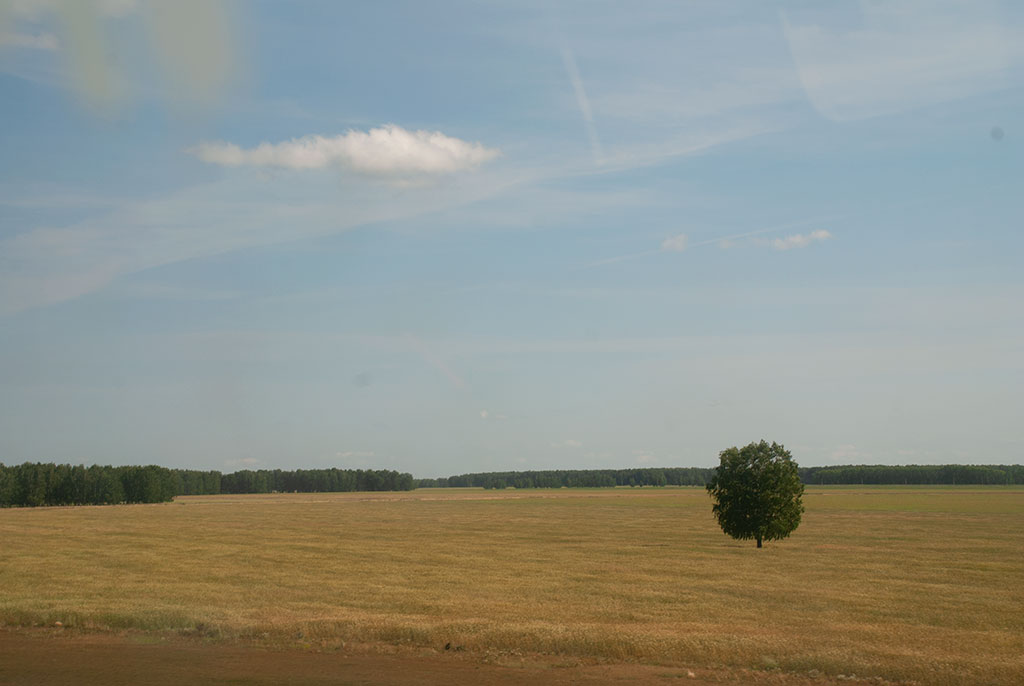 One field for all of Siberia

We stop for fuel at a motel. I reflect upon my previous statement that Siberia was noticeably colder than Western Russia. I was a fool. It’s friggin’ boiling.

There’s a huge clock on the outside of the building, stating that the time is 17.30. My laptop says it’s 16:30. Only now am I starting to realise just how many time zones we’re going to cover.

When you consider how large the country is and how we’re barely even a third of the way across it, it comes as another reminder (as if one was even needed) as to how vast Siberia is. 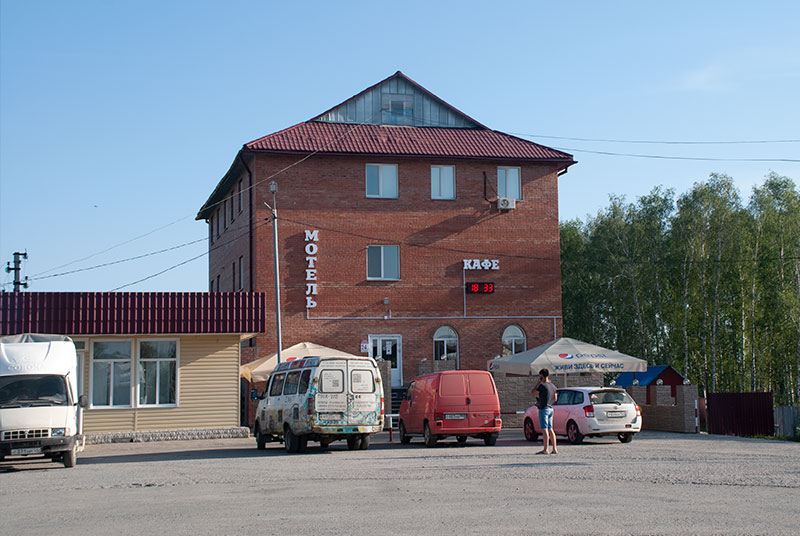 We go inside the café. I’m quite happy without food so sit and get some work done, although the lack of internet makes progress difficult. As does the utterly shit music being played in here. It’s like the least talented people in Russia tried doing a rap cover of the worst Afrikaans pop music they’d ever heard.

There’s some tank looking things outside. I go to take a closer look and some photographs. It looks more like a military people carrier of some description, designed for traversing swamps and mud. Yep, I’m basically a historian. 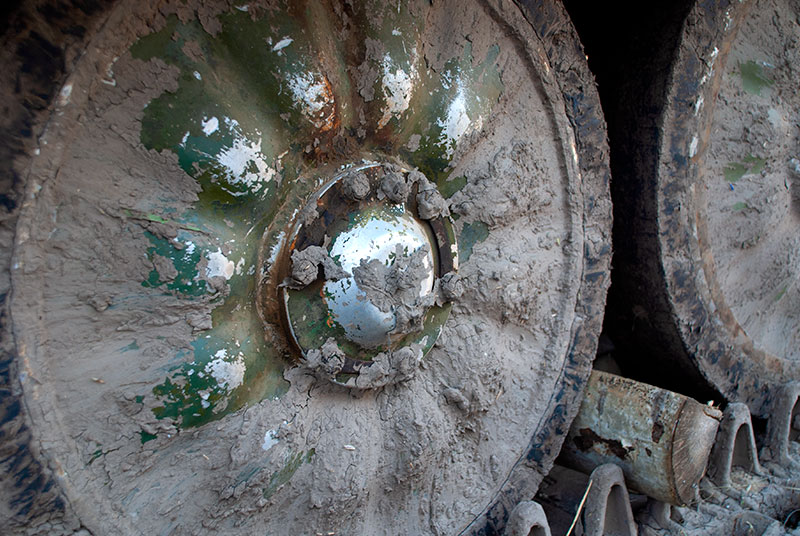 Alex starts talking about something and I feel my soul leave my body. I’m ready to continue driving now and hopefully enjoy a bit of a sleep.

We stop off at a gas station to fill the Gazelle and empty our bowels.

I know I’ve mentioned it several times before, but it’s difficult to express the enormity of the area we’re in. 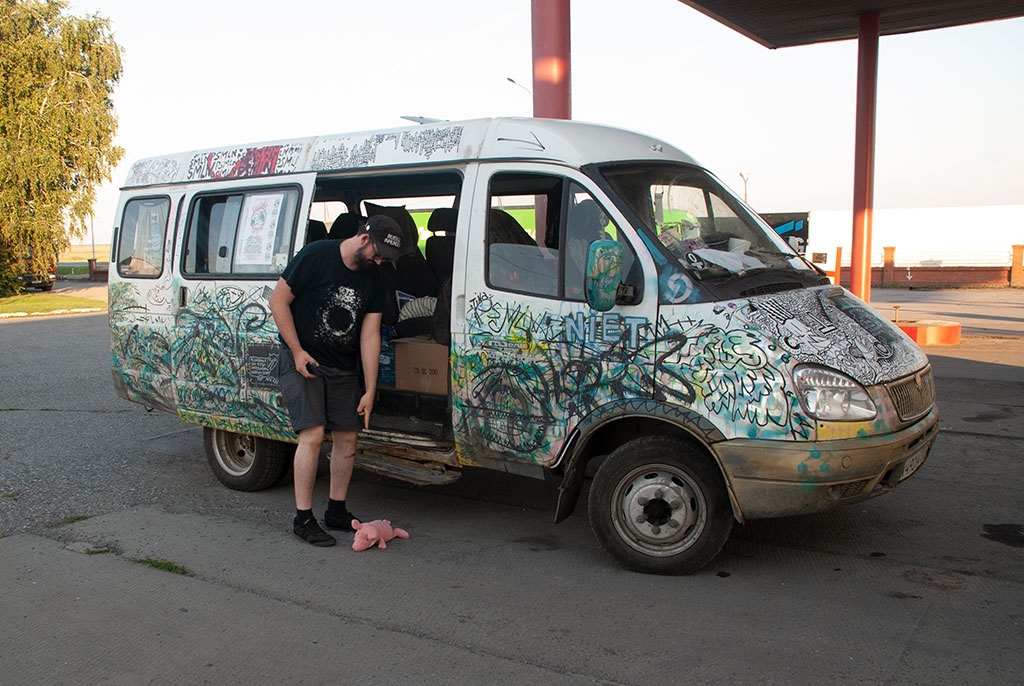 We’ve been driving for around nine hours and in that time, the scenery has barely changed. Based on the environment alone, my body struggles to accept that we’ve travelled several hundred kilometres. The fields are still vast and flat, although the setting sun has brought fourth more yellows and oranges in what has for the majority of the day, been a wash of green and blue. 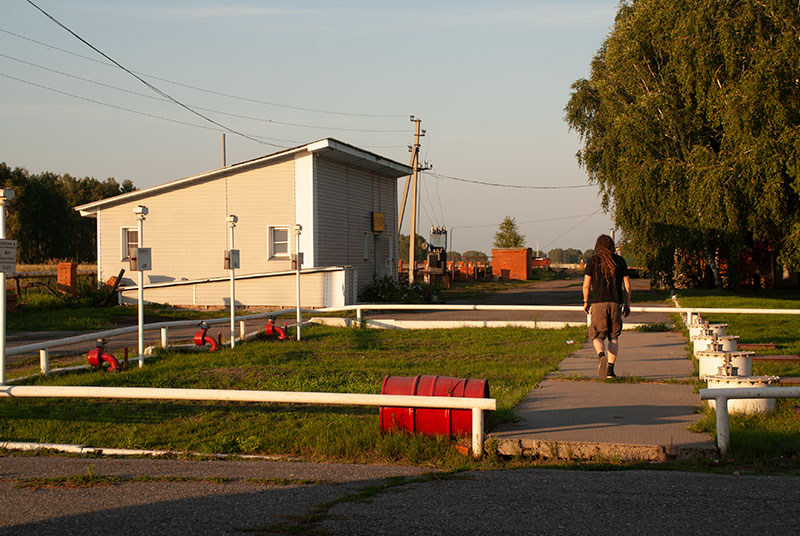 It’s a picturesque little spot. Shadows are starting to stretch achingly along the floor as crickets make whatever bloody noise they make in the corn fields before us. Do crickets cricket? I don’t know, I’m past caring. 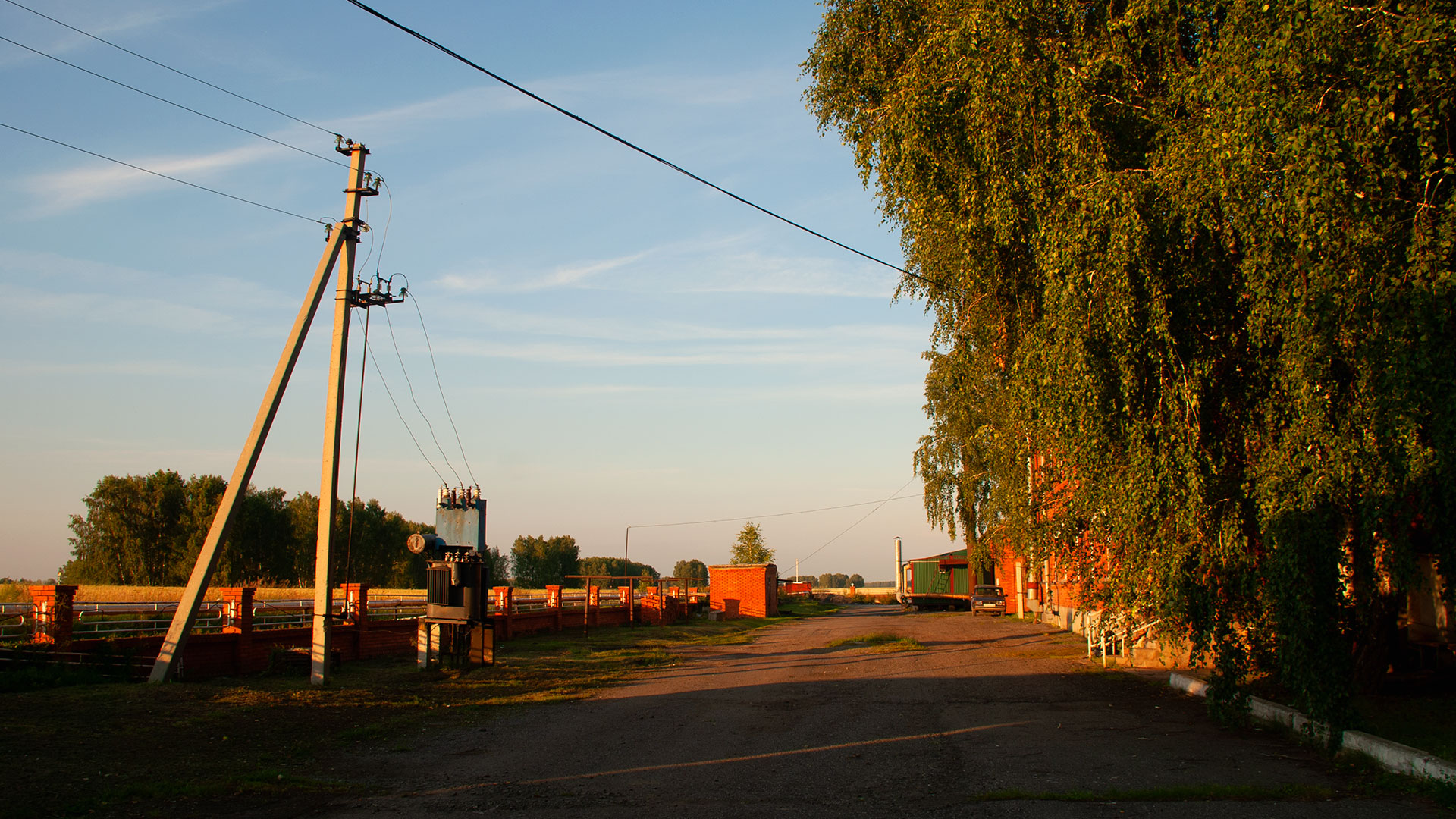 We arrive in Novosibirsk among a series of tower blocks that reach high into the sky.

Each is adorned with a beautiful piece of artwork. A bear on one, white horse on another and a soaring eagle on the last.It’s impressive to be sure. Beautifully captured naturalistic scenes depicted on the sides of these vast concrete monoliths.

We grab our bags and ascend to the ninth floor of one. The journey is a pant-browning one. The elevator creaks, shakes and makes noises which one would never associate with mechanisms of engineering.

Our hosts welcome us, a young couple with a very nicely kept flat and a ginger rabbit. 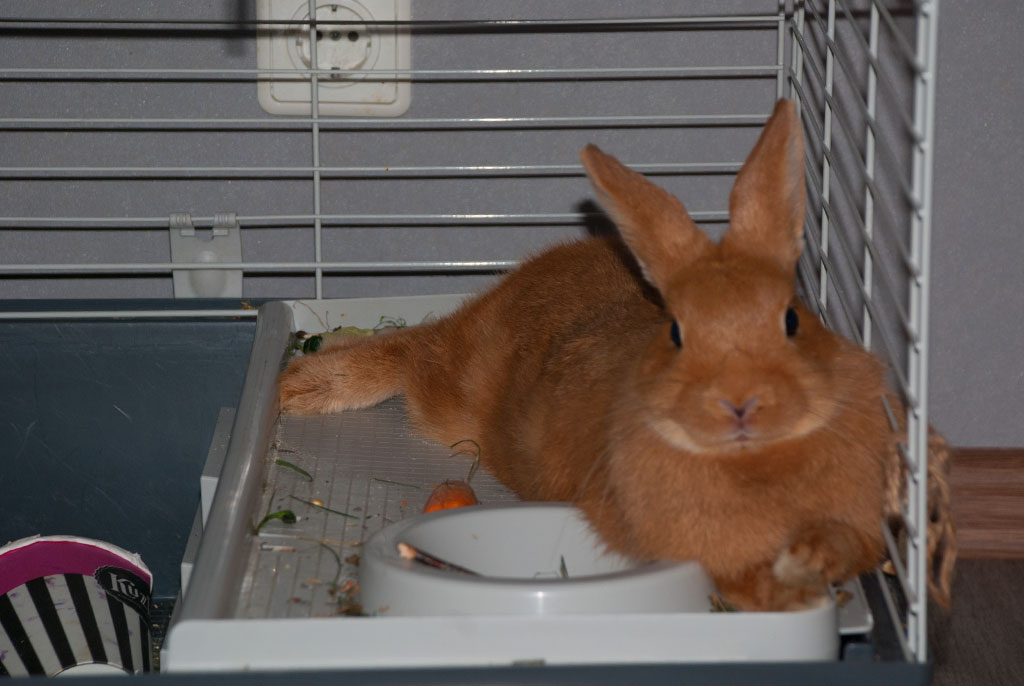 I hope this one doesn’t ‘Rabbit on’ too much… heh… heh… ugh.

“Ed, what’s your problem with gingers?”

As I might’ve mentioned numerous times throughout my blog, I’m not a massive fan of gingers. As a great man/child once said “The Ginger gene is a curse” and this is a belief I share greatly. Our singer is a ginger and he makes me physically sick.

You might therefore be wondering why I’m not struggling to resist the urge to strangle this ginger creature to death. Truth is, there’s more to being a ginger than orange or red hair.

Tormund from Game of Thrones, for example is adorned as such, but he’s far too impressive and assertive a human being to really qualify as a ginger. He’s more of a red head.

To be truly ginger, one must be lacking a soul and have slightly ethereal skin. Skin that turns to ash on an overcast day. They don’t have a presence or aura, so much as a void. When they enter a room, it becomes emptier than it did before. They’re these little orange black holes of creeping uncomfortableness.

This Rabbit however, is mega cute. So no, they’re not ginger.

I have a mountain of work to catch up on, so find myself a nice quiet corner and get cracking.

I’ve merchandise to design for SharkStuff, numerous mobile fixes to Dyer Island Cruises, some feedback for the Marine Dynamics Academy team and some other stuff to get moving for University.

Because there aint no rest for the wicked.

Or the largely apathetic, for that matter.

Work is done, I need to sleep.

Hopefully we’ll get to see a bit of Novosibirsk before heading off to the next show.