What colour will these lights be? How many should be used? How intense should those lights be? Why don’t friends return my calls? These are all considerations that can have a dramatic effect on the final look of your scene. They’re also considerations that depending on the technology you’re using, can require an awful lot of effort and patience to play with.

As we all know, these are two things I hate even more than hippies, people whinging about Brexit (or just whinging, full-stop) and brussel sprouts.

Fortunately for me, we have real-time game engines – making life slightly easier.

Unreal Engine 4 makes experimenting with lighting setups fun, quick and rewarding. Unless the results are crap, but your competency as an artist has nothing to do with the engine you choose. Sorry kids, that’s just a fact and no amount of “But it’s meant to be that way” is going to change that.

Frequent visitors to my website (all three of you, including mom and dad) will likely remember the two lighting articles I made, using this very tech. These featured Epic Games’ Paragon Assets: Riktor and Countess, as does this entry.

While feedback to those wee case studies suggested I generally did an okay job explaining how I setup the lighting in Unreal Engine 4, I didn’t really talk about lighting principles in general. Such information would’ve probably been more use.

Therefore – we have the following: an introduction to some key lighting principles, demonstrated with Unreal Engine 4. This will eventually be followed up by some basic lighting scenes that put these principles into practice.

Just to be clear – I’m not going to be talking about the different types of lights available in Unreal Engine 4 specifically, nor their settings. This is about some fundamental lighting principles, as used in photography, cinematography, gaming etc. Unreal Engine 4 just so happens to be my engine of choice to showcase these principles in action.

If there’s one thing I wish to emphasise and prefix the following with, it’s that light is probably the most direct form of visual communication you’ll come across.

It tells you everything – what something is made out of, what someone is feeling, whether you’re under threat, the path to your goal, etc.

You might think it obvious to the point that it doesn’t really need saying, but as I demonstrate on a frequent basis – obvious things are often the easiest to forget.

It’s a point that understandably be overlooked when you’re dealing with all the other variables and considerations that are about to follow. You can become so lost in getting a certain thing right, or making things look a particular way, that you lose sight of your actual goal.

I’m not interested in telling people how execute their vision, so much as demonstrating how I have executed mine. Doing so effectively relies on how well the underlying principles are communicated. The better they’re understood, the better equipped those people will be in employing them to their own ends.

So if there’s one thing I advise, it’s that you consider communication as being the fundamental purpose of light.

What am I trying to say? How am I saying it? What aren’t I saying? I keep these questions in mind whenever I’m working with any of the following principles.

For me at least, that works.

High Key Lighting generally involves a single, soft light source which floods the scene with an even amount of light. Additional lights to illuminate areas of shadow might also be used to reduce mid-tones and remove blacks.

As the source of the light is typically far away from the subjects, shadows are kept soft and of a low contrast. In cinema, Wes Anderson makes extensive use of High Key lighting and to great effect. Fantastic Mr Fox is the shit:

You also see this style used a lot in product, wedding and fashion photography, as it conveys a youthful, optimistic tone.

Here’s one of the Paragon characters, rendered with High Key Lighting.

An example of High Key Lighting

Low Key Lighting, as you might expect, is the exact opposite. Very little light is implemented, making extensive use of darkness. Deep shadows contrast starkly with areas of illumination, which is good for creating a sense of drama, tension and mystery.

Sin City combines this style with selective saturation (where an image is black and white, but for a single colour), creating scenes that are drenched in shadow but focus audience attention with controlled bursts of single colours.

It’s hard to imagine films like this in anything but Low Key lighting. The style becomes part of the universe, encapsulating the underlining narrative, expressing some of the themes visually.

Here’s that same scene but with Low Key Lighting.

An example of Low Key Lighting

As you can see, the exact same composition, pose and expression can feel entirely different, depending on the lighting alone.

Whether your key light is Soft or Hard is also a consideration. A soft light results in much smoother shadows, whereas hard gives you those nice, crisp lines.

While soft and High Key Lights typically go hand in hand (as do Hard Low Key Lights), that’s not to say it’s an absolute rule.

Lighting in a scene is typically built around the three-point lighting setup. It’s basic, but effective and put to very good use in countless movies and videogames.

The idea is you have three lights (I spoke about these before in my Riktor case study):

Below is a quick example of this system in action. On the second, I’ve coloured each of the above lights differently so you can more clearly see their effect.

Light pink is the Key Light, purple the Fill Light, aqua the Back Light.

In addition to the lights used in the Three-Point system, scenes often make use of what I like to call Detail Lights.

Please note: I have no idea whether this term is remotely appropriate or accurate. It’s just one I’ve made up because it ‘kinda’ describes what these lights do.

Consider these additional lights added to a scene, usually with a very specific purpose, such as highlighting a particular detail. Or they might just be there for atmosphere, like a candle in a dimly lit room. I use these when I want to bring attention to something, or just add something else to a scene. When lighting in Unreal Engine 4, these can really help to sell a sense of believibility.

I sometimes create these with Emissive materials rather than say, dedicated Point Lights. It just allows me more freedom with the shape of the light source, but it really depends on the needs of the scene. They’re also much cheaper from a processing perspective, so worth considering if you’re building for a game rather than a movie which isn’t rendered in real-time.

Below, you can see the difference made by adding just a few Detail Lights to the Three-Point setup:

The second image has much more going on. You’ll notice the highlights across the character’s cheeks, reflections in her eyes and on the metallic parts of her clothing etc.

It feels more naturalistic and gives the audience more to digest, but that’s not to suggest that such qualities are always preferable.

The demands of the narrative and scene are what determine which lighting structure is the best. If the purpose in this case was to keep things purposefully minimal and focus 100% of the audience’s attention on the character’s performance, then the first image might actually be the better option.

The brief is king.

The below examples all use the exact same, three-point lighting structure. The sense of peace, drama, tension and unease vary throughout. Only the colours change and so, the sense of mood and context change accordingly.

In case you’re interested, each of these took no more than two minutes to setup and save:

Colour theory is a whole subject in its own right. One that goes beyond the scope of what I demonstrate here.

One day, I might talk about it in greater detail.

Light is an effective way of bringing attention to elements within a scene. It allows you to guide the audience’s focus in a way that feels more natural than screaming “Oi, dickhead, look at this thing”.

This is especially useful in game design, where players need to feel they’re in control. That’s the same whether they’re crushing demon skulls, directing an army or trying to overcome dire odds. Whatever the scenario, they are faced with a challenge and are in control of how they will succeed. When you take that control away from a player, the suspension of disbelief and overall experience begins to degrade.

You might think that’s purely a question of gameplay, rather than lighting. But gameplay design isn’t insular, it is the product of countless other design decisions. Map layout, movement mechanics, enemy AI and enemy diversity to name but a few.

Lighting is a great way of flag-poling goals, or suggesting things that the player should focus their attention on.

Lighting can then effect how the player interprets a character’s performance.

Guiding the audience’s attention with light

This is another subject that I could happily waffle on about for ages.

It is therefore another subject I shall save for a later date.

It’s worth noting that while these principles are true across the board, how specific game engines render lights and handle post-processing can have a massive effect on the final outcome.

You can setup the exact same model and lighting structure in Unreal Engine, Unity, CryEngine at default settings and get different results. I would therefore advise that if you really want to get your head into this stuff and have the most control over your lights, it’s worth learning one of these engines really well.

Learn the subtleties, strengths and weakness of an engine and how to exploit those to create the best work possible.

That’s just my opinion. My primary engine/toolset was id Tech 4 until id Software decided they weren’t supporting mods anymore. Unreal Engine worked very differently, but adaptation wasn’t too much of a problem because by that point, I had a fairly solid understanding of all the fundamentals. It’s the difference between learning slang or an entire language, I guess.

Anyway, here are a few different lighting styles I chucked together with Unreal Engine 4, just to give you an idea of flexibility and quality possible: 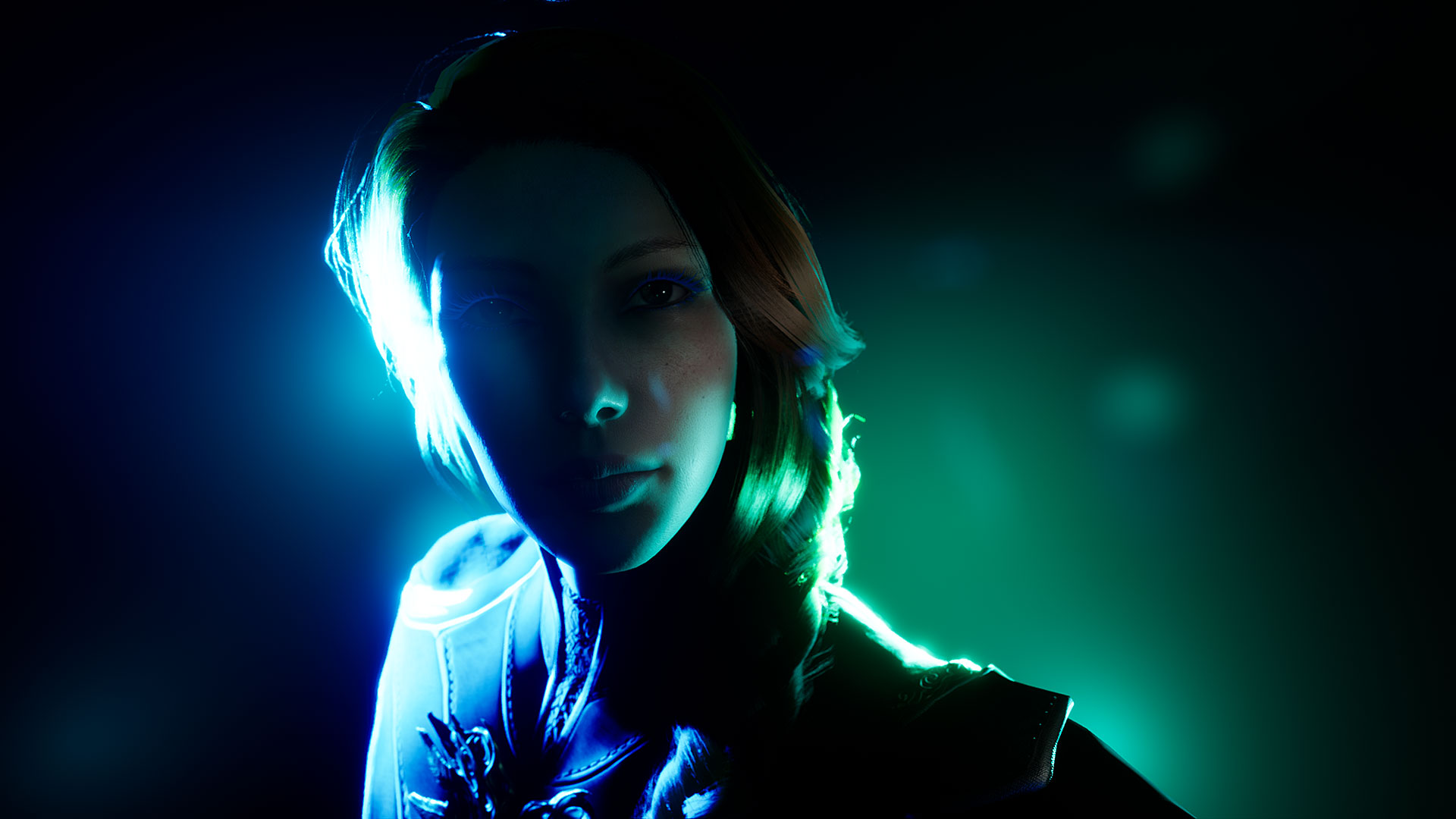 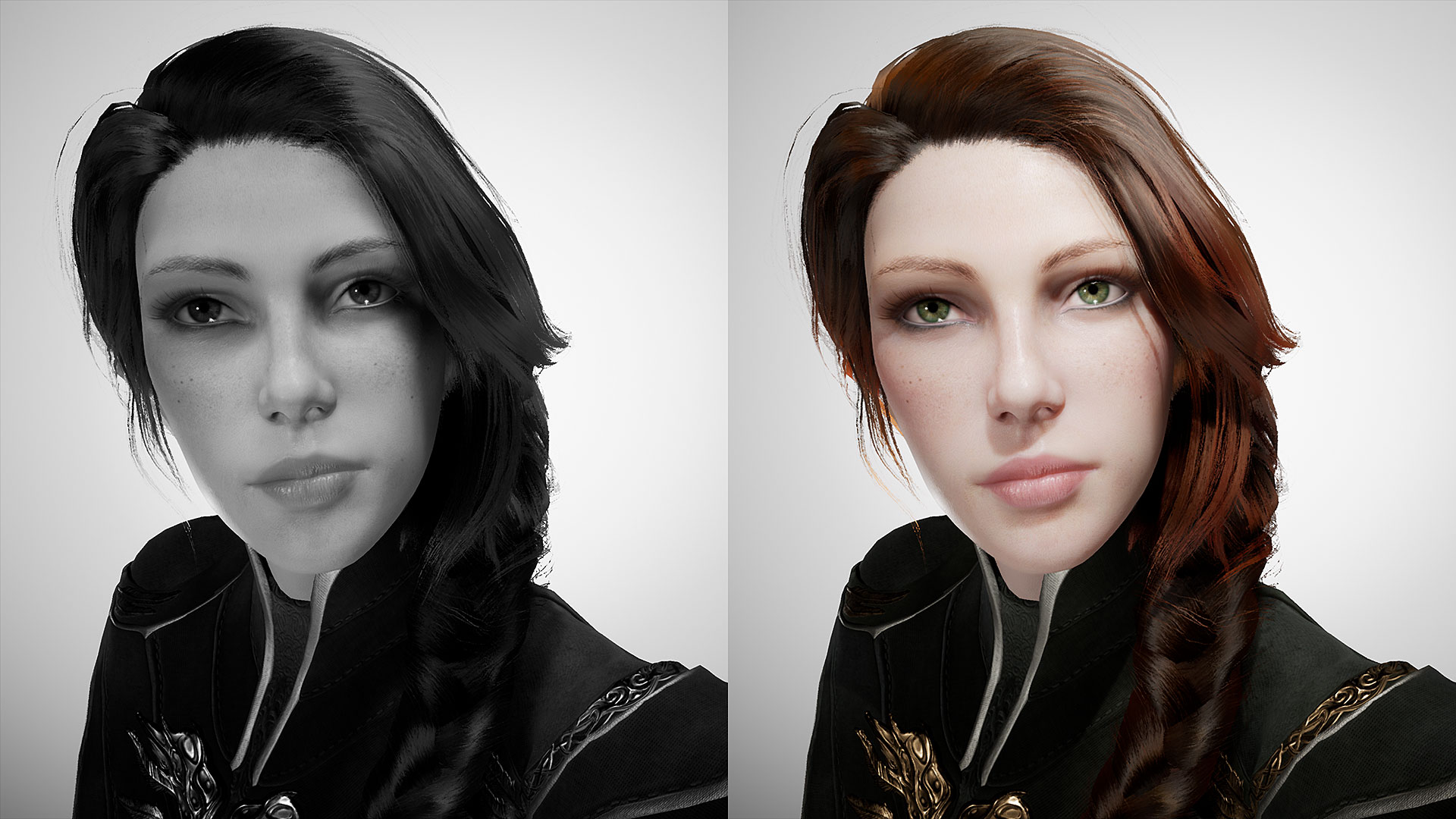 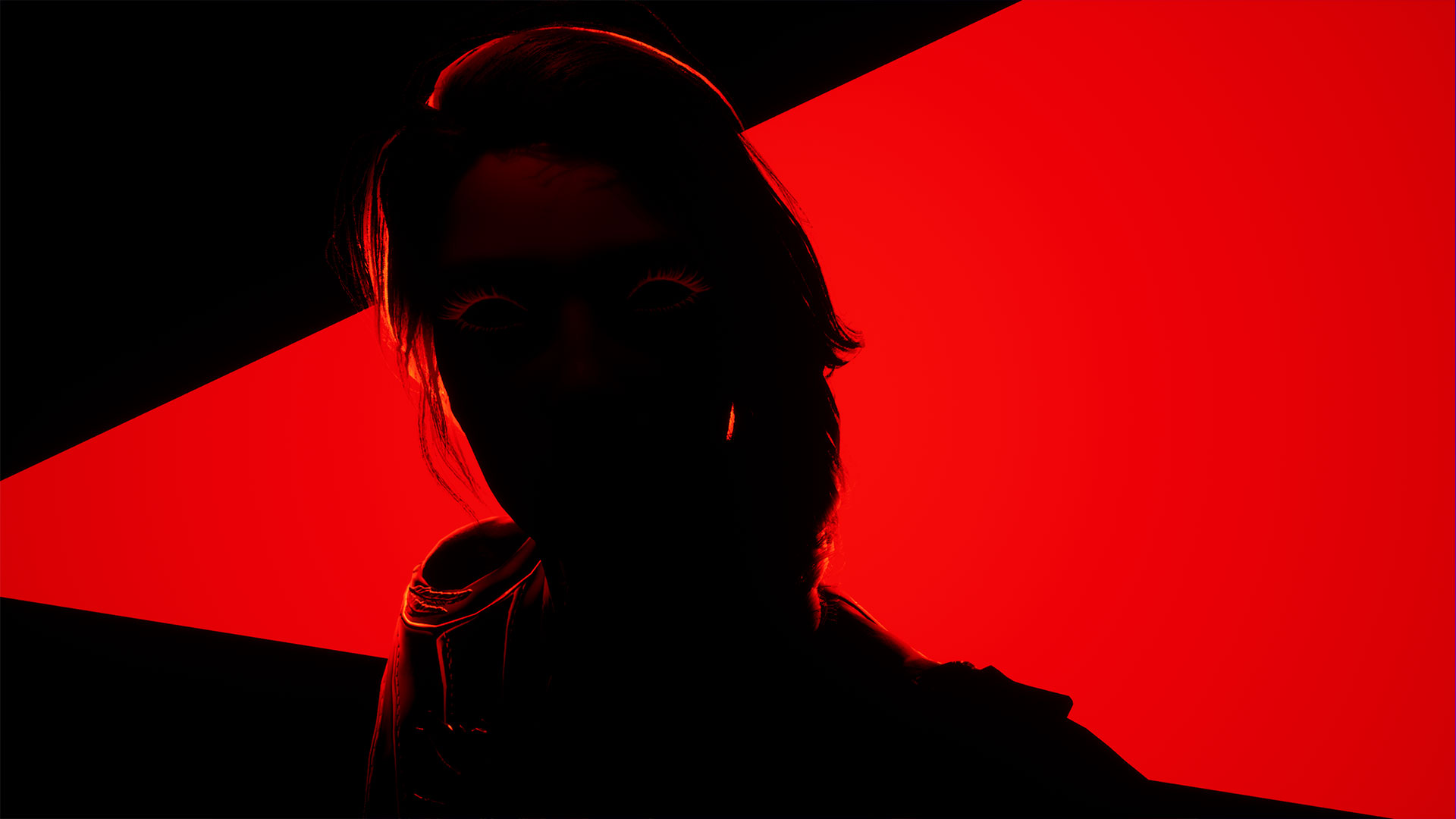 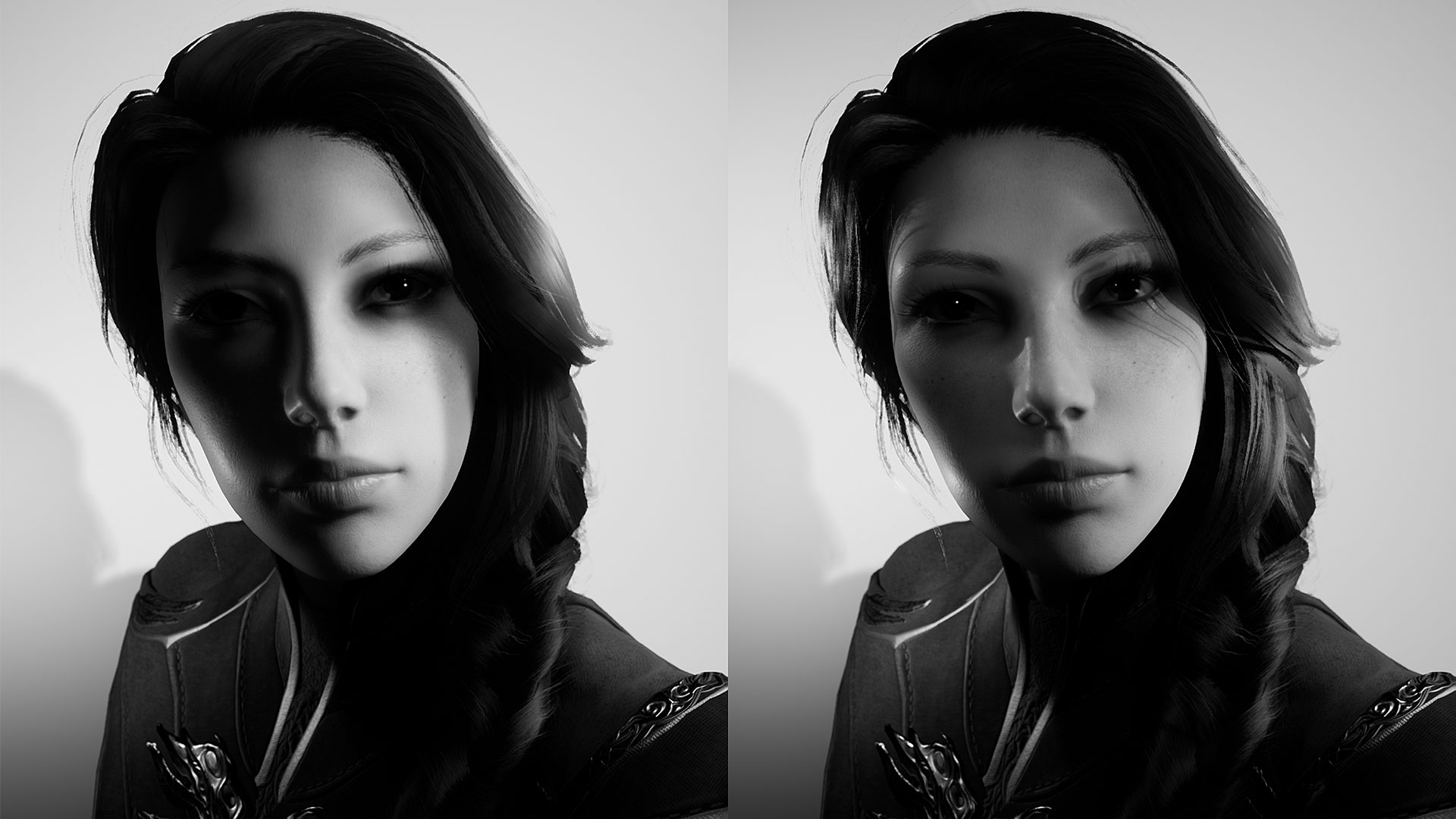 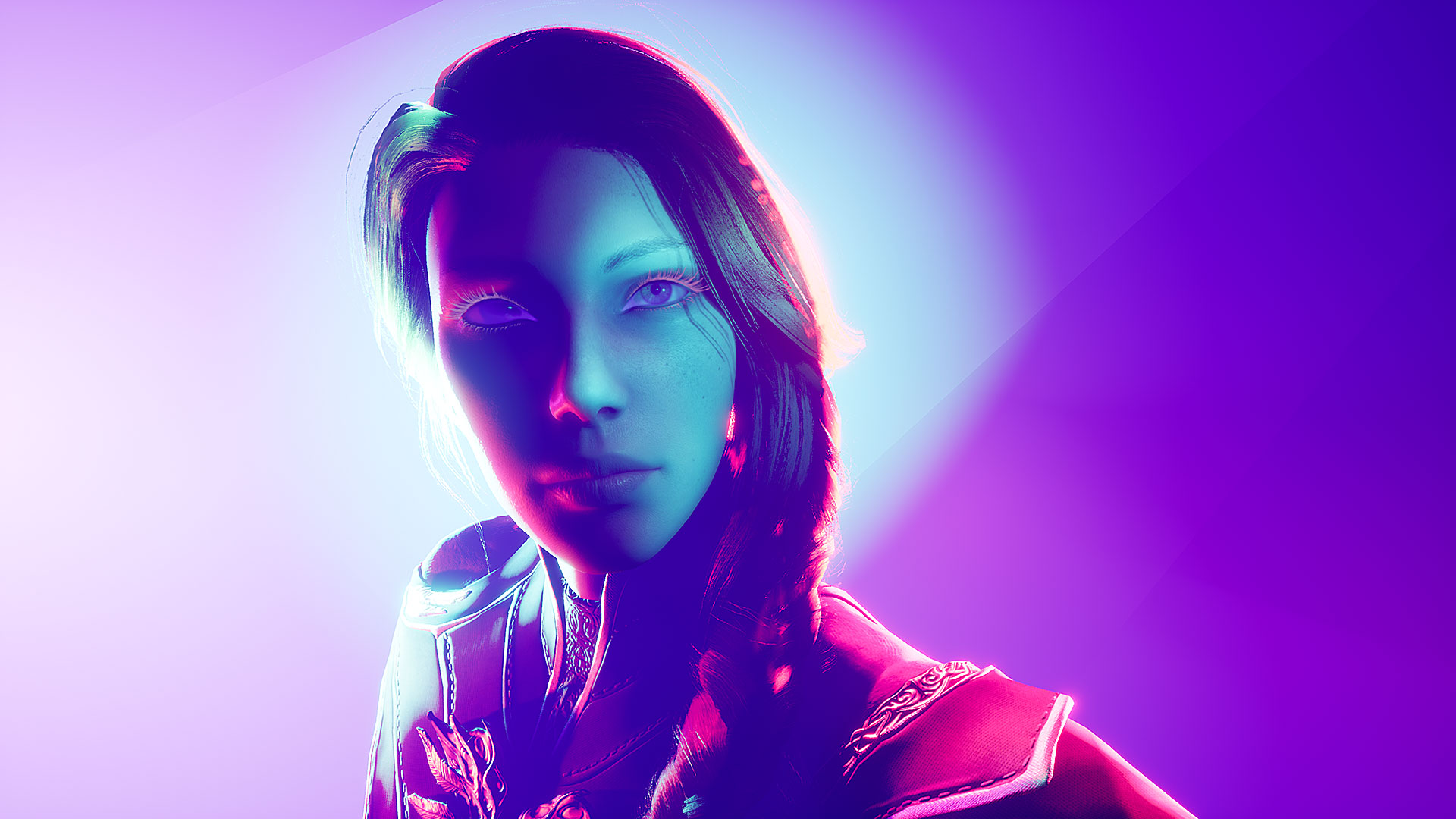 Unreal Engine 4 undeniably makes life easy when it comes to fiddling around with lighting. I’m old enough to remember trying to do the same with the first Half-Life level editor (Worldcraft) and the first three iterations of the id Tech engines, when it wasn’t nearly so easy.

Hopefully though, it’s given you some food for thought and ideas on how you can utilise these principles in your own work.

If this is something you fancy having a play with, then I strongly advise you:

I’m also putting the finishing touches to a small journal entry which demonstrates some of these principles, when put into practice.