That’s right – because my entitlement to the remuneration agreed for my investment of skill and time is subject entirely to your whims.

What you’ll want to say

You hired me – I’ve done the work and you’ve accepted the work. Furthermore, you even did a little celebratory dance, hailing my contribution to your business as being of such significance that the birth of your children pales in comparison! That you’ve arbitrarily decided it has greater worth, forever locked away from the touch or stare of humankind, does not negate your responsibility in the context of this transaction. 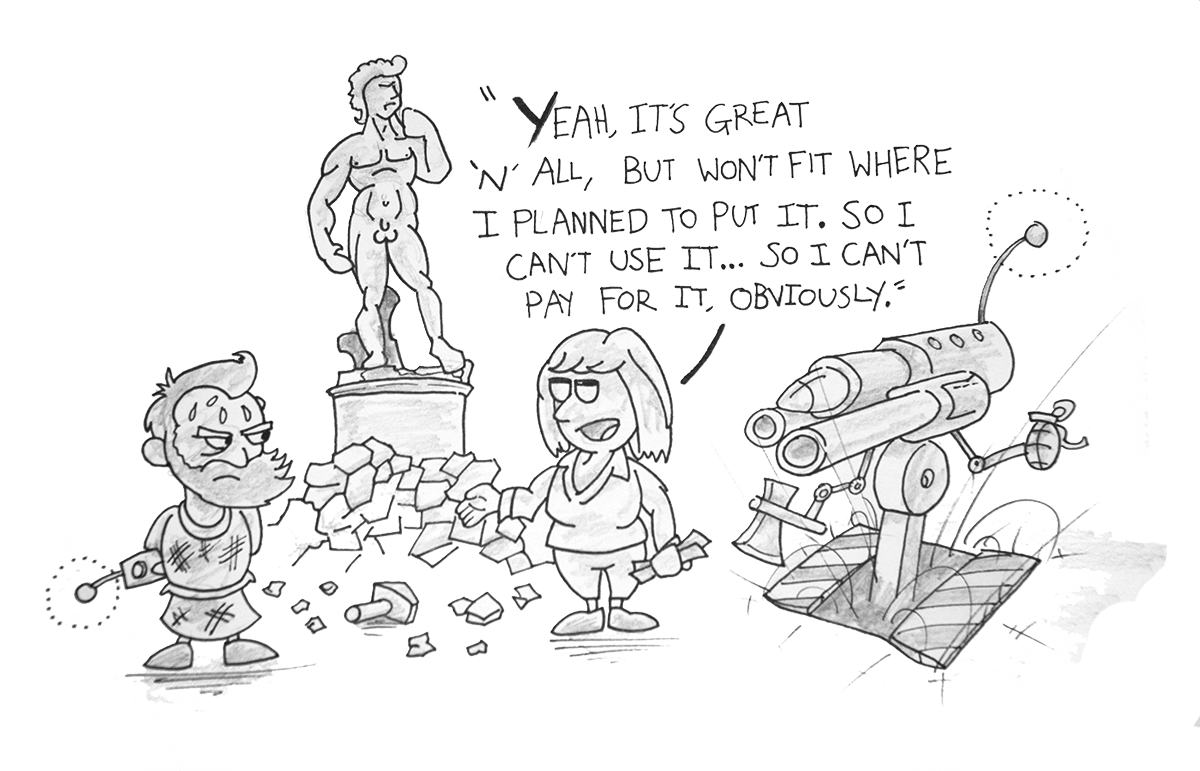 I’ve been faced with this a fair few times at all stages of my ‘career’. It’s right up there with ‘twatting my little toe on the living room door’ and ‘forgetting to check if there’s any toilet paper left’, as one of those annoyances that regardless of age, maturity or lifestyle – just would not bugger off.

It’s mainly happened with small, quick turn around projects. The type mostly associated with clients for whom everything is urgent… except paying, obviously.

Logos, microsites, mascots, 3D concepts, none have been immune. Most of the time, they’ve been for clients who if they’re honest, never really needed them in the first place.

The needs tends to come as the result of a panic or quick decision, something that hasn’t really been fully considered. Only when the cold, hard reality of payment arrives, is the value and benefit of the proposed work really considered. By deciding they don’t want to pay for it any more, they’re essentially expecting you to instead.

Which is another reason to at least charge half the cost of any project up front. It’s amazing just how much of an effect that can have on how desperately your skills are required.

As always, there have been exceptions. I have worked on projects where for various reasons, the end product was no longer suitable for its intended purpose. In all those cases, I’ve had decent communications with the clients in question and it’s never been difficult to reach a mutually agreeable solution.

But those are completely different situations, to ones where someone just decides that you aren’t owed the money you both agreed, because they don’t want to use the work you produced any more.

What particularly fries my bananas in these instances, is when you’re told they can’t pay you, rather than they won’t. This suggests that it’s somehow beyond their control. Paying you for the work you’ve provided isn’t a question of their personal preference, rather, it’s simply not physically possible – ordained by the Gods themselves as a crime against the universe and all reasonable creatures who dwell within.

In other words – they’re refusing to take responsibility.

Fine, do it for them.

How I advise you respond

Politely advise the client that the terms of your payment are not subject to their use of the work provided.

It’s like when you buy a cake. You don’t hold back payment until you’ve decided whether or not you’re going to eat it. Let’s say I buy a cake and for whatever reason, leave it in the cupboard where it goes rotten and moldy. That is neither the Baker’s fault nor his financial responsibility. He’s upheald his side of the agreement, I need to uphold mine.

I should pay for the cake and enjoy it, because cake is great. 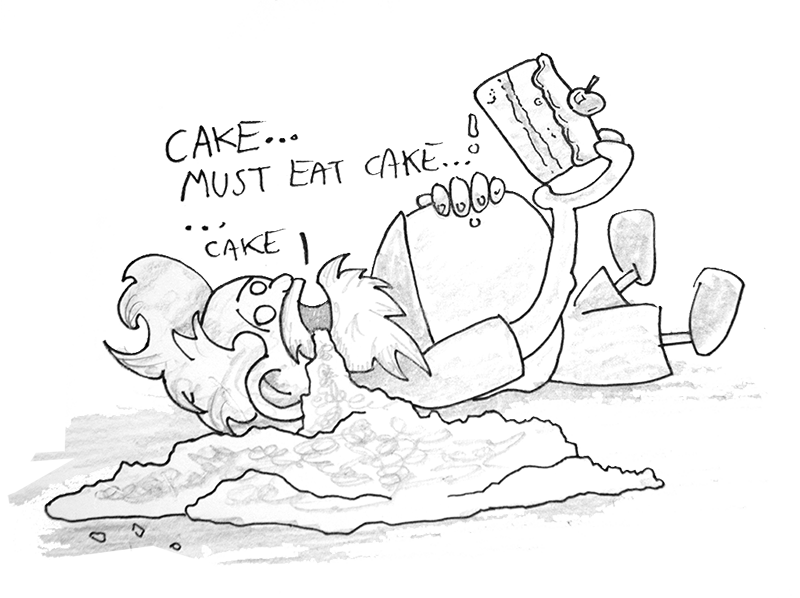 If they argue that the work you’ve done isn’t up to standard or the original specification, that’s a different matter. I’ll get to that in a future post.

The most important thing to bare in mind in this instance, is that the work has been accepted. At that point, you have heald up your side of the contract. You are not responsible for if/how the deliverables are implemented by their business, only for the production of those deliverables which is what their payment is for.

So they need to fudging pay you.

And buy you cake.