So in fairness to me, the last few months have been pretty busy. I’m also confident in saying that I’m not the only one, currently suffering whiplash from realising we’re already in bloody October.

It’s also been really hot and Staffordshire basically ran out of water. That’s neither my problem nor fault (or is it??), but since everyone in the county has been blithering on about it, I figured it’s public domain as far as excuses for not doing things go.

So all things considered, I’m not feeling too bad about having failed to write a single entry since the end of July.

Whatever – what have I actually been doing?!

The downside of this lapse in content uploading, is that there’s actually been stuff worth talking about. This is not a concept anyone familiar with this website is likely used to.

Each of these subjects really deserve some dedicated time to cover in more detail, but here’s the jist of it:

Our adopted children, Sassy and Stinkie have been renamed after my grandparents, Marge and Bill.

They are now back at the park where they’re learning to fly free, growing immensely and developing quite distinct personalities of their own.

Will in particular is becoming a mental little git, which I’m claiming credit for. His beak is also as sharp as the top selling item on a website dedicated to selling really sharp things. 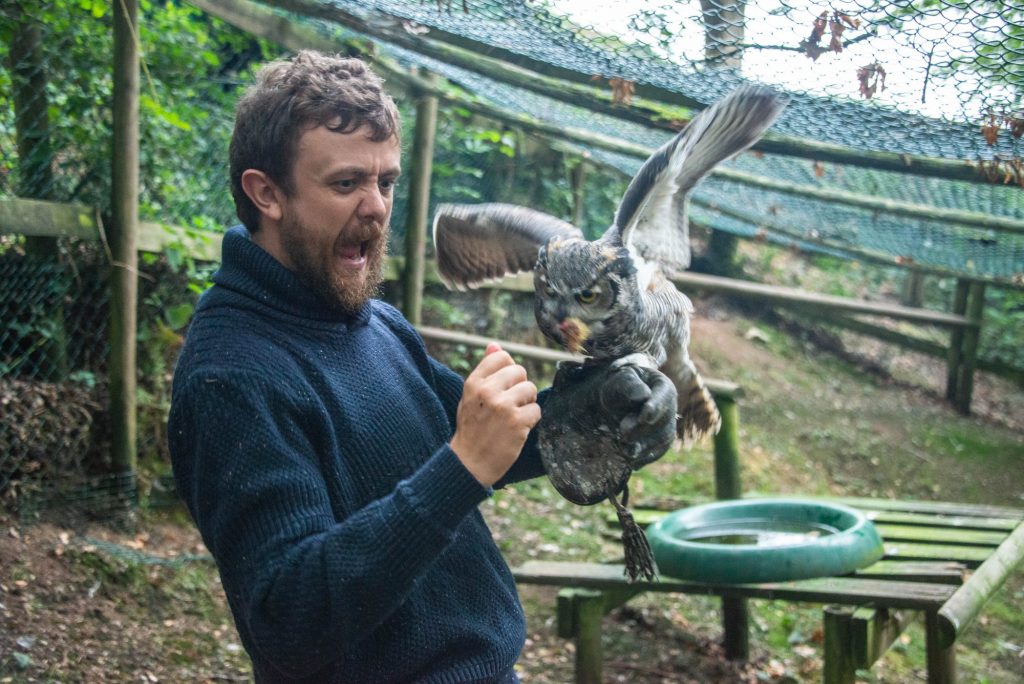 Our Scientific Internship launched, along with a website for the Academy itself.

The feedback from our first few intern groups has been fantastic, Toby is flying over to the UK for a University tour this month and in November, we launch our pilot research project. Things are moving fast which I always like, but it’s only able to because of the team of absolute badasses we have bossing stuff over in South Africa.

Oh, I made a new website for the whale watching company too. Tons more to come, watch this space. 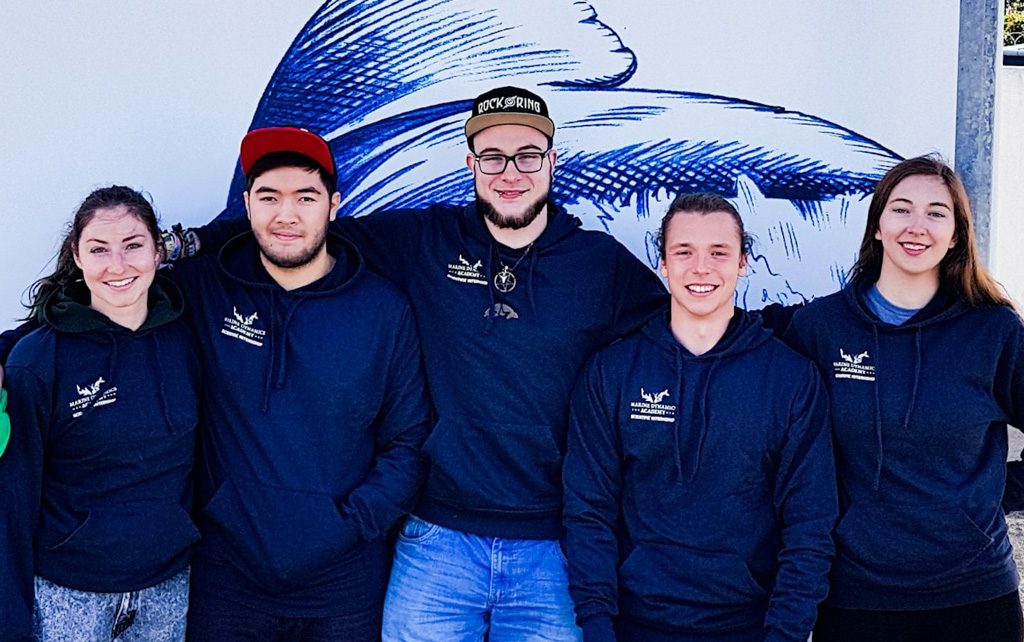 One of our first Scientific Internship groups. © Marine Dynamics Academy

Our Porbeagle research project down on the South Coast is well underway. Funded by the Heritage Lottery Fund, the project aims to use stereoscopic photogrammetry to assess the population structure of the species, in southern UK waters.

We hired a scientist to head up the project earlier in the year and they’ve since been bossing it. You can read more on her first blog update.

We released our first record with Riley on guitar, which has felt like a massive step forward.

Even more of a step forward, was our tour across Siberia. Three and a half weeks in a van (aptly named The Gazelle of Death by owner and legend himself, Denis) playing to some of the most insane crowds and incredible locations I’ve ever witnessed. It was one of those experiences where you genuinely feel the shell of your consciousness being cracked open.

I have an entire tour diary which is almost ready to go live and will be shared in the next couple of weeks. 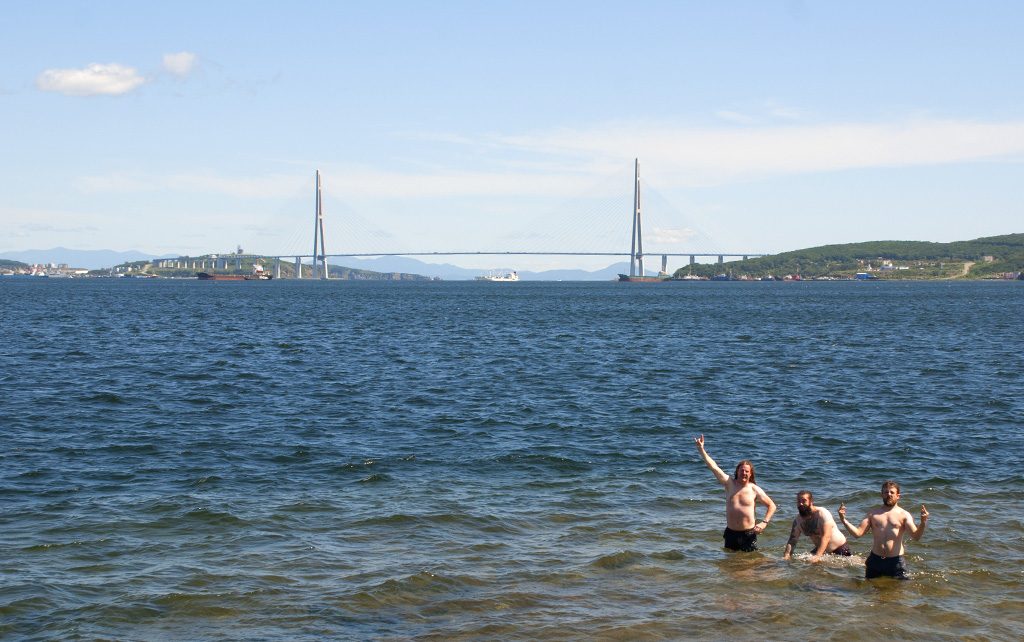 An example of prime, male bikini bods – this is not.

A few projects I’m involved with have recently taken significant steps forward. Some of the sharky variety, some of the interactive design variety, some in the ‘both’ variety. I’ve since been told I need to STFU about these until they’ve each reached certain stages, so that’s all I can really share for now besides the fact they’re all fairly exciting.

For those who are interested, we have been making good progress with 3D photogrammetry. I recently wrote up a blog post detailing the process for Marine Dynamics Academy, which you should read. Because I’m cool… my mum promises this to be true. 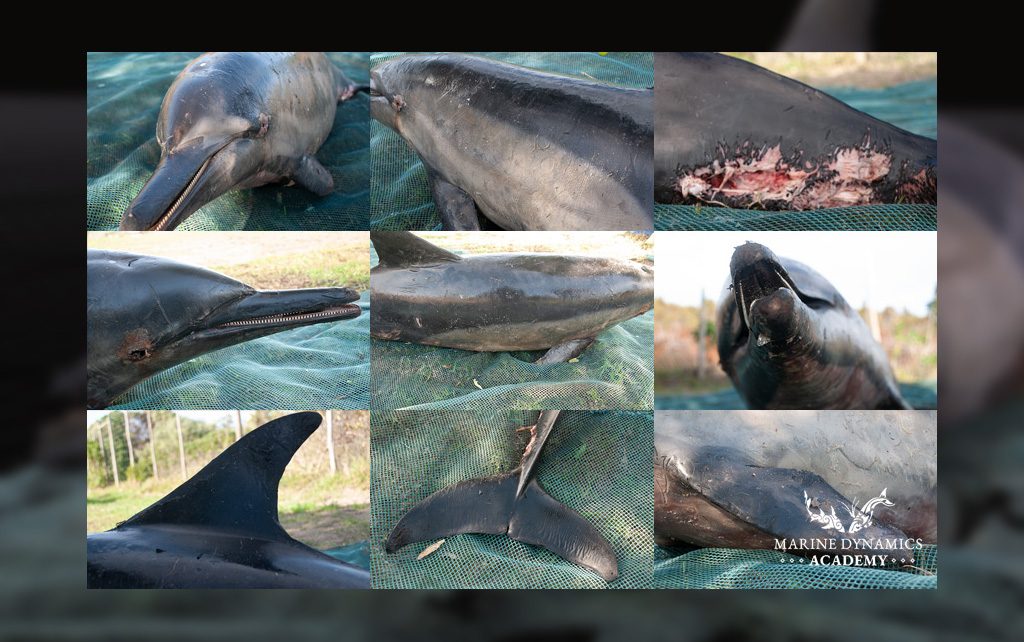 3D Photogrammetry using a Dolphin as our subject

I’m in the process of making various updates to the site itself. I’ve adapted the structure to better accommodate my wildlife/music projects, increased focus on design work within the portfolio pages and also tried to make the blogs a little more engaging, in terms of balancing images and content.

There’s still much in progress so if you see anything that looks massively wrong, please do let me know. 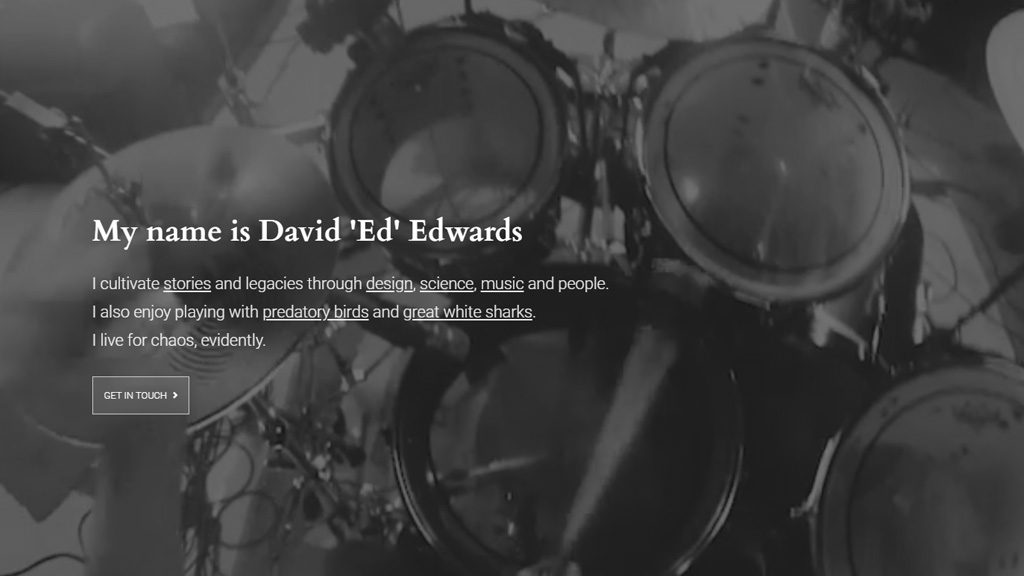 I put a video on my homepage to try and look cool.

There’s a cack of load other stuff, but those are the main footnotes and things that’ve kept me from posting here.

I do hope your forgiveness has been earned.

One last thing – thank you to everyone involved with making the above happen. I’ll try to thank everyone by name in future, but for now I do want to share my sincerest thanks to all.

Life is short. Should we be blessed with the privilege of freedom (and it is a privilege), it’s important we utilise it to productive ends. This can only be expediated and the subjects of its benefits broadened, when done in the company of others.

What's been going on?

So in fairness to me, the last few months have been pretty busy. It’s also been hot and Staffordshire basically ran out of water. All things considered, I’m not feeling too bad about having failed to write a single entry since the end of July.

Since that last update, the following are but a few of the events to unfold:

There’s a cack of load other stuff, but those are the main footnotes and things that’ve kept me from being posting here.

It also feels quite disingeniuous to write this as if I expect anyone to actually be reading it. Delusion is all about consistency.

In respect of this very website, it’s also been given a bit of an overhaul. The last design was always a bit of a ‘stop gap’ so I could share content while developing something I was happier with. There’s no good reason for me telling you this, other than to encourage you to please browse the other sections.

There’s a full tour diary of our time in Siberia due to launch in the next few weeks. I’ve also completed some cool design projects, Krupskaya’s records are developing nicely (all be it friggin’ slowly – the irony) and a ton of awesome stuff has been developing in South Africa.

More on all those things soon. For now, here’s some noir-inspired lighting samples I’ve been fiddling with. Enjoy!