An insight into life with a pair of winged, infant demons who poo everywhere, devour flesh and make bizarre noises. Now I know how my parents must’ve felt.

Why the fudge am I living with owls now?

It’s all my Mrs fault

Anna (my better half), wonderful and blessed with seemingly infinite-patience as she might be, has a tendency to inflict burdens which I neither knew of, nor agreed to.

She would argue that that’s not completely true. Her evidence is the fact that I both acknowledge and agree to all such burdens – several times, often in writing – but then forget having done so.

I choose not to accept this evidence, because doing so would put me in the wrong. If I do that once, then it’ll be bought up every time there’s the slightest question mark raised over my position on something. For the good of my mental state, integrity of my ear drums and general self-esteem, this is ground that I simply cannot afford to surrender.

Instead, I merely suggest that I was mentally incapacitated during any such discussions (or ‘not listening’, take your pick). Because of this, I cannot be held responsible for anything I agreed to at the time.

Which might sound ridiculous, but I do have a recorded history of agreeing to things which make no sense in the context of my general character. It’s like when my brother asked if I wanted to see Linkin Park (which I would never, EVER want to do), I chucked him my credit card and asked that he buy me two tickets.

Anyway – my point is, I’m not entirely sure why we have them and it’s all her fault. 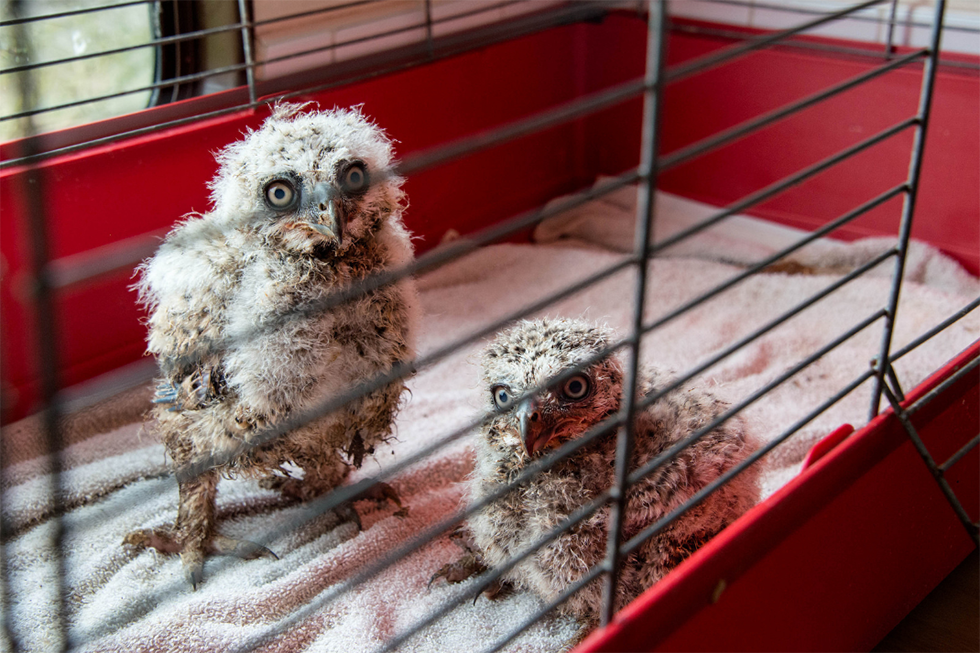 The *actual* reason we have them

Anna volunteers at the Kingsley Birds & Falconry Centre in Staffordshire. She loves animals and has wanted to start working with them again ever since we left South Africa.

One of her long term goals through this, is to train in bird handling. This ideally needs to be done at a very early age through constant interaction. Feeding, handling, developing associations with sound and gestures, all these things need to be started while the animals are still babies.

You can’t expect to achieve this through a couple of hours worth of interaction every week. It needs to be several times a day, otherwise it’s unlikely they will learn anything and just grow up set in their ways.

Hence why we are now the short-term, adopted parents of the kids.

The centre have asked us not to name them. Such a responsibility is going to be bestowed upon some lucky children when they’re introduced to the birds at their school. So for now, we simply refer to them as the kids, though Anna has also taken to referring to them individually as Sassy Girl and Stinky Boy.

Another thing I definitely did not agree to… I assume. 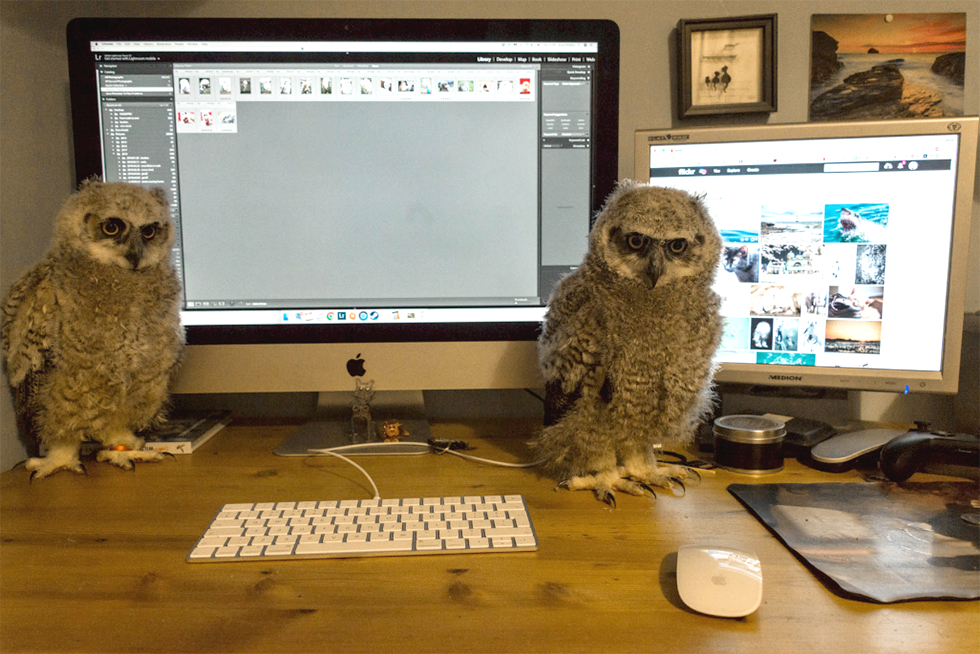 Personally, I think it could be considered animal cruelty to make them be anywhere near an Apple product.

Anyhow, the little buggers are quite incredible and everyone they’ve met so far has taken to them immediately.

That includes us. They’ve very quickly become an integral part of our home lives, but we’ve never really trained animals before. This is an entirely new experience for us and one I feel no small degree of responsibility for undertaking correctly.

As such, I figured a regular series of small updates sharing their progression would be worth sharing.

It’s either that, or I continue bemoaning my own professional mistakes.

I think this is preferable. 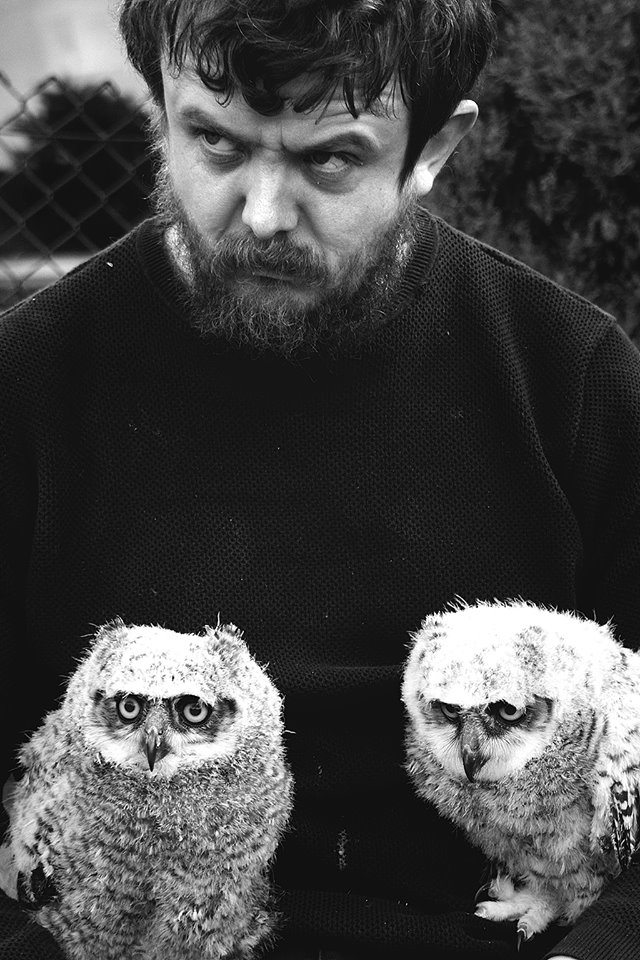