What the bloody hell am I doing this for?

Recently, I uploaded Paragon: Stylised Lighting to my Art and Design page. I created those images as quick experiments with light and composition, using the free Paragon Assets released by Epic Games.

Because this was primarily intended as a learning/practicing exercise and there’s a chance I’d forget it all, I figured I should delve into a little more detail regarding my approach.

Not about all the images, just one… don’t judge my laziness, it’s the weekend!

If the development process behind Riktor doesn’t interest you in the slightest (well gee, that hurts – thanks a ton) and you’d prefer to just look at big pretty things, please visit the dedicated portfolio page.

My reference point for this set consisted of two very specific images: Doom 2016’s Revenant artwork and the Batman V Superman: Dawn of bullshit scene, where Doomsday stands before a wall of fire. 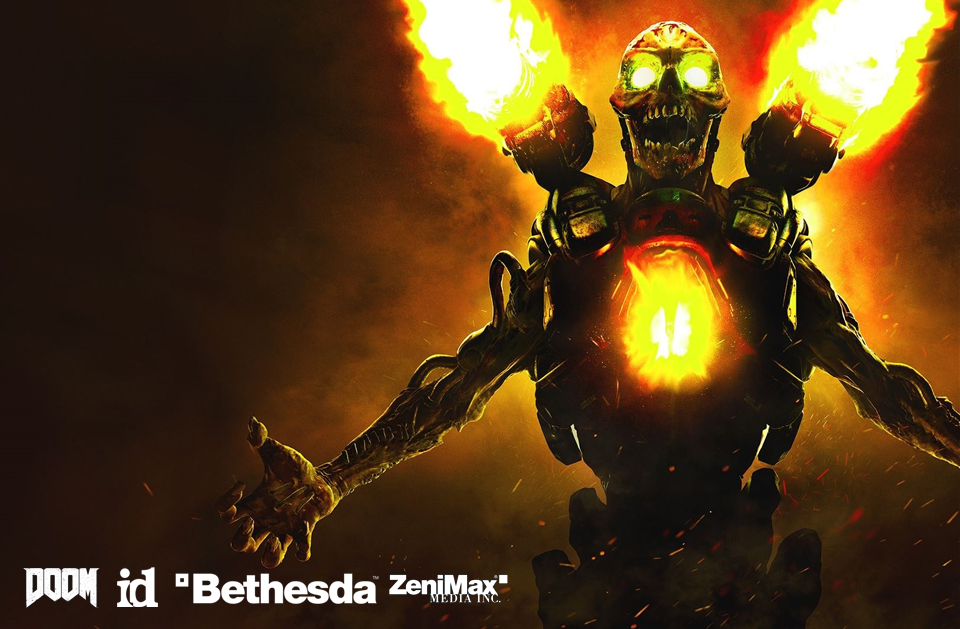 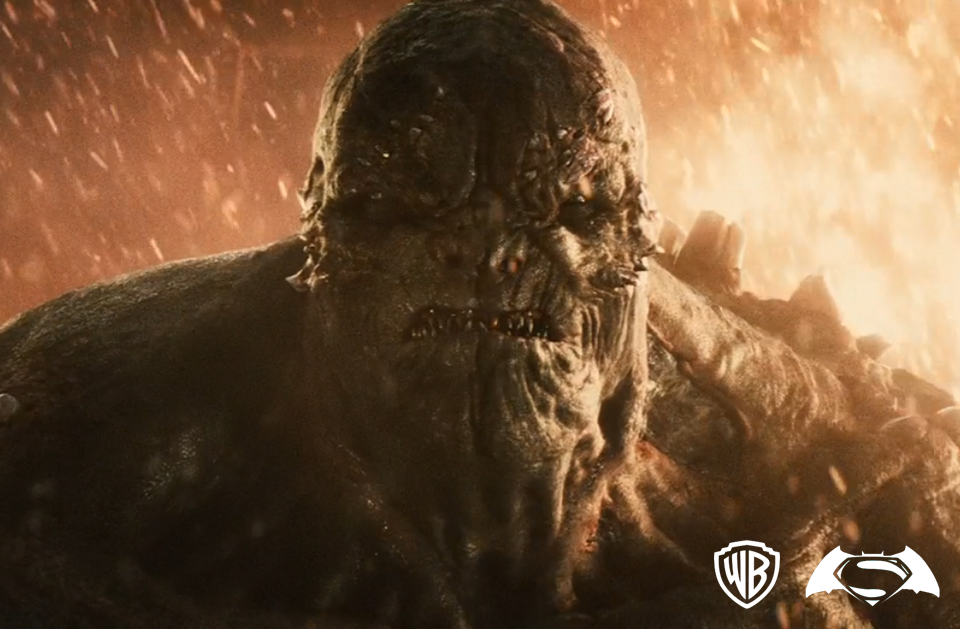 Atleast, I think that’s Doomsday. It’s either that, or one of yesterday’s sneezes has come back to haunt me. But I digress.

My absolute love for low-key lighting put to one side, these  look undeniably badass.

The contrast, the heat and relative lack of complimentary colours creates a sense of boiling aggression and overwhelming dramatic tension.

I know, since I’m no longer in College I don’t have to find bullshit ways of saying it just looks cool, but old habits die hard.

Those are the elements I wanted to encapsulate with these, albeit more inline with the slick, sci-fi aesthetic of the Paragon assets.

Every image in the series has its own lighting setup, designed around the shape of the character and mood I wanted to create.

That being said, they do share the same fundamental approach:

Here’s how all that looks in action:

Base lighting setup – icons show positioning of lights and particles 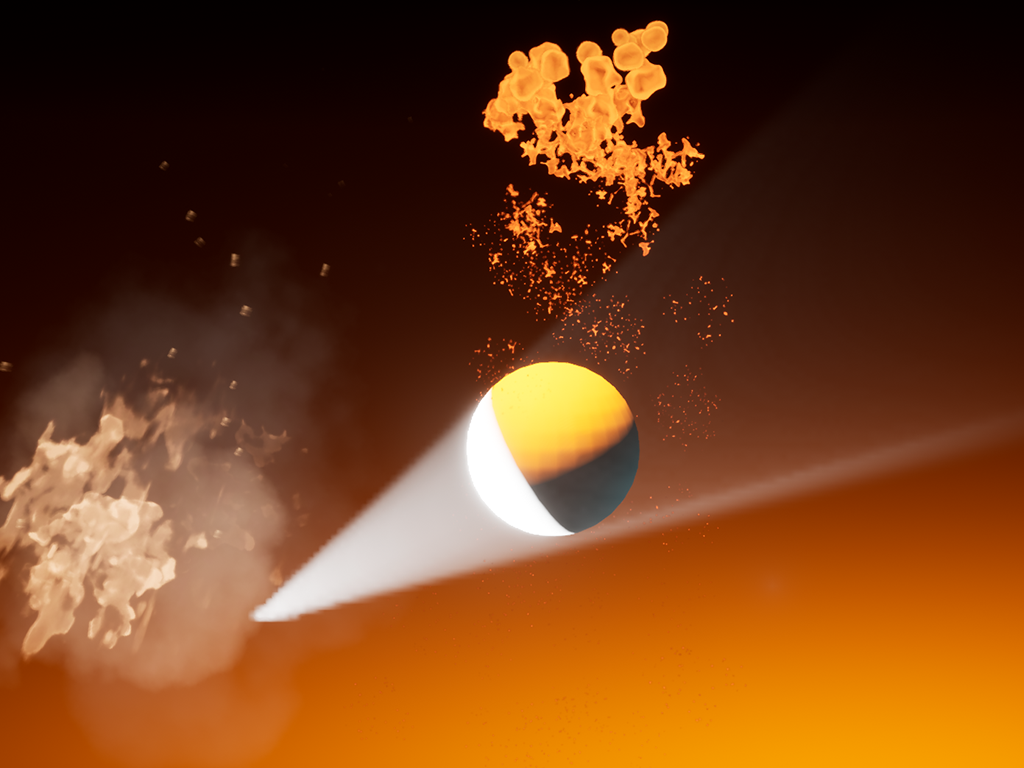 Yep, pretty crap when you look at it like that. Like I say, these are just the base components.

With that in place, I went through the various Paragon character models made available by Epic. From these, I selected six which I felt gave me enough variety to work with.

I’m going to focus on Riktor specifically, because he was my first (awz) and was probably the most straight forward.

This dude is big – like someone went a bit bananas with their first Lego set. 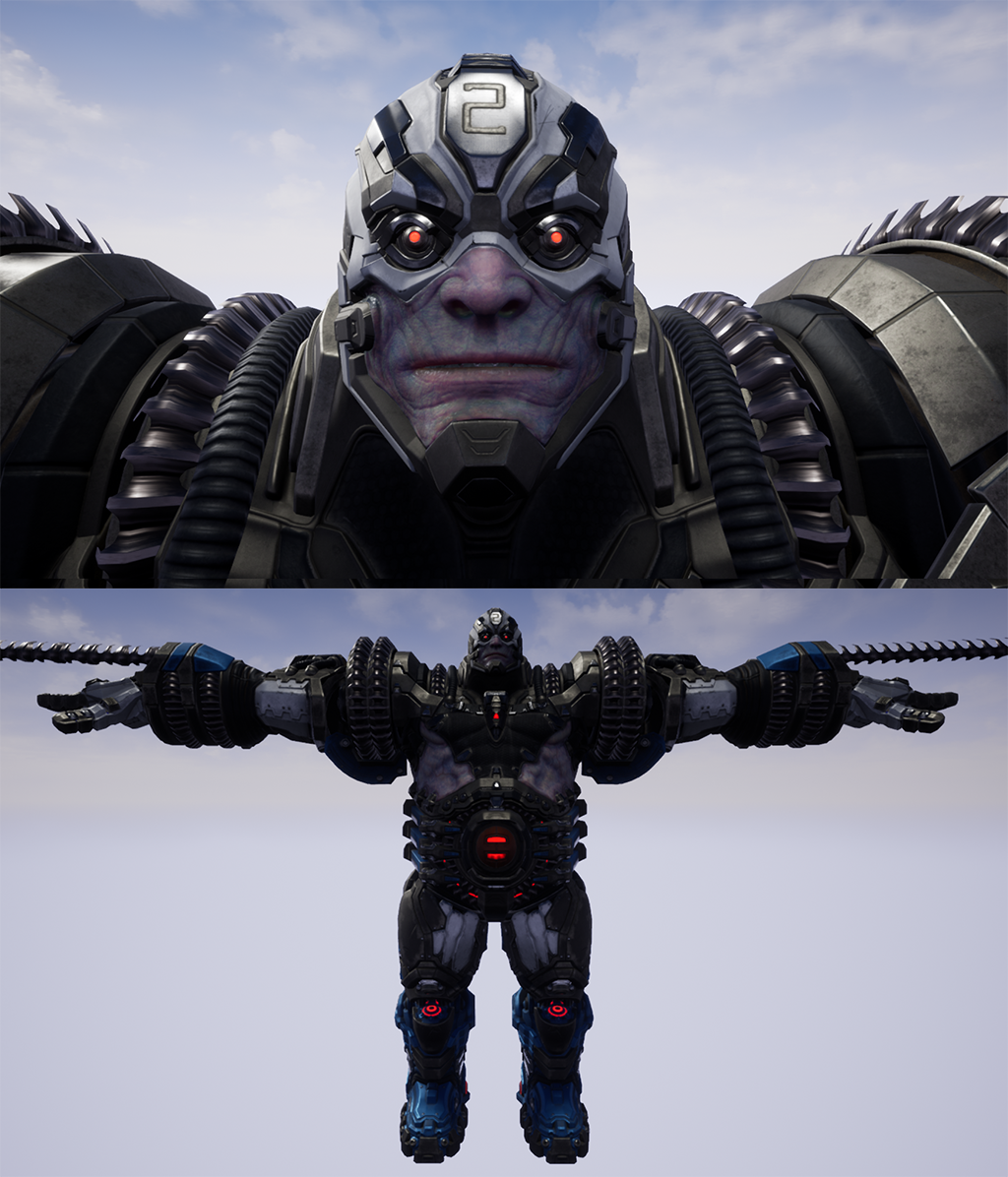 Actually looks like one of the dudes who works the tills in Morrisons, Leek.

Anyway. Because this lighting setup is quite intense, I worked with poses in a more neutrally lit environment.

I wanted to get the camera angle and framing right before worrying about light and shadow.

I experimented with a few different angles, initially featuring the majority of his body in shot. They looked cool enough, but all those finer details made for a really boring, murkly silhouette which didn’t capitalise on the character’s strengths.

Fundamentally, I didn’t feel there was enough geometric variety in these to make the image interesting, using this particular lighting setup: 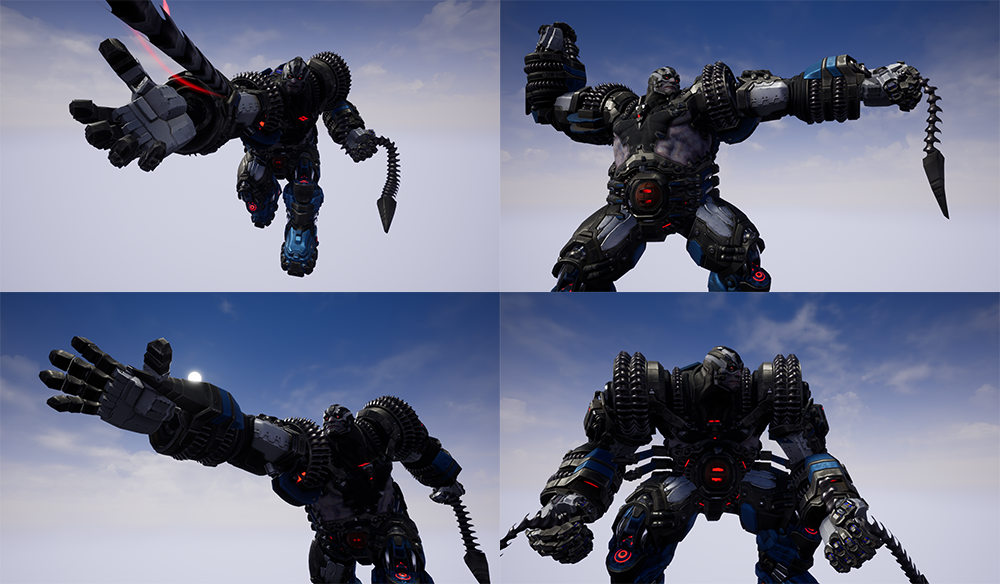 Once I moved in closer, the shape became much more nicely defined.

I also felt that those smooth surfaces and streamlined edges would work perfectly with the right approach to backlighting, having sharp highlights slowly bleed onto the front of the character. 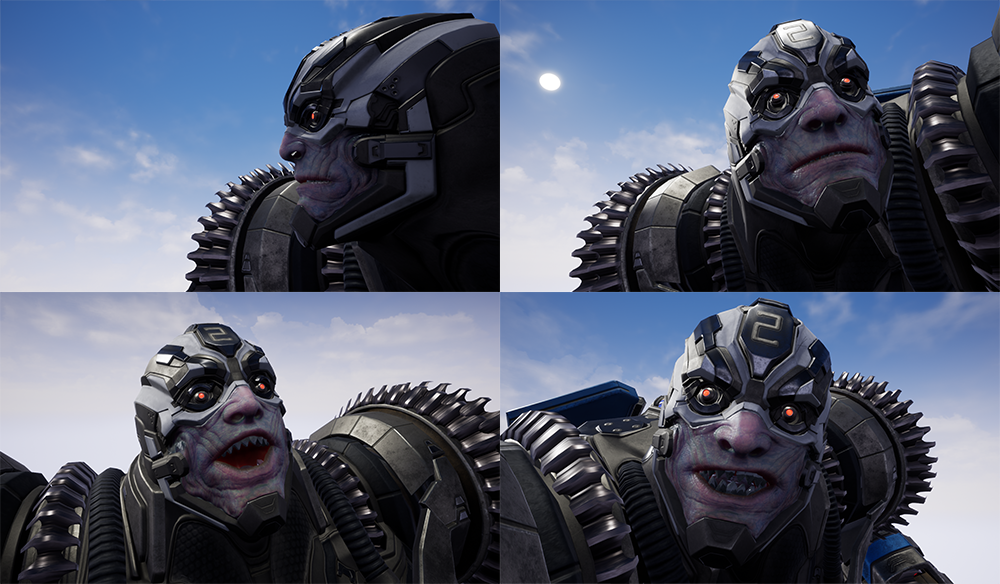 I settled on a facial pose which conveyed a sense of intent, without being too expressive of any particular emotion.

Similarly, I went for a camera angle which showcased the character’s physical grandiosity, with plenty of surface area for the lights to work with. 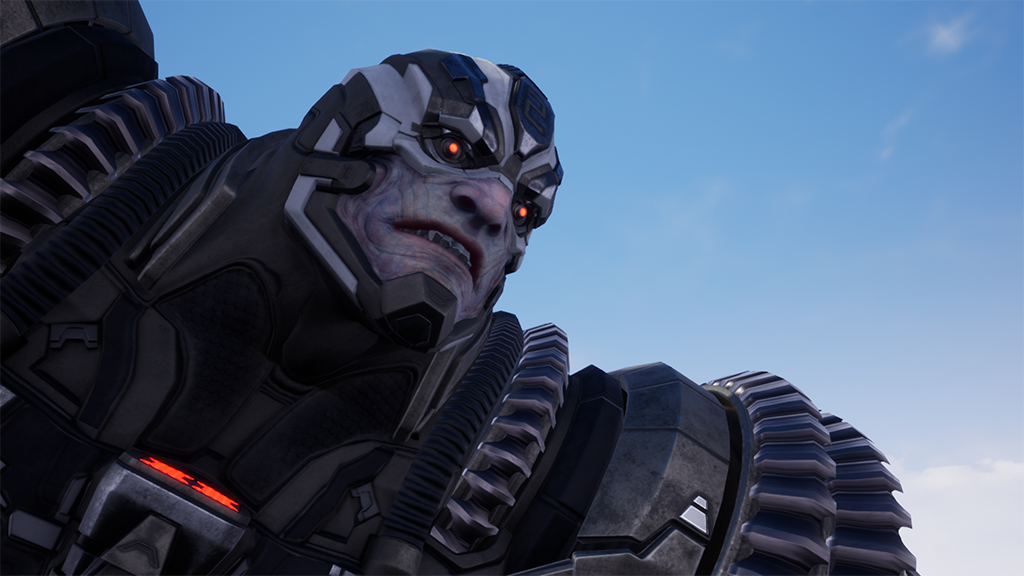 I’m not going to go through every single iteration and lighting setup I went with, because I don’t want to bore what little of an audience I actually have into a massive coma.

Plus, it’s quite chilly and my fingers are cold.

Instead, I’ve broken the process down into a series of images which best represent each key-point in the process, along with a little bit of rationale: 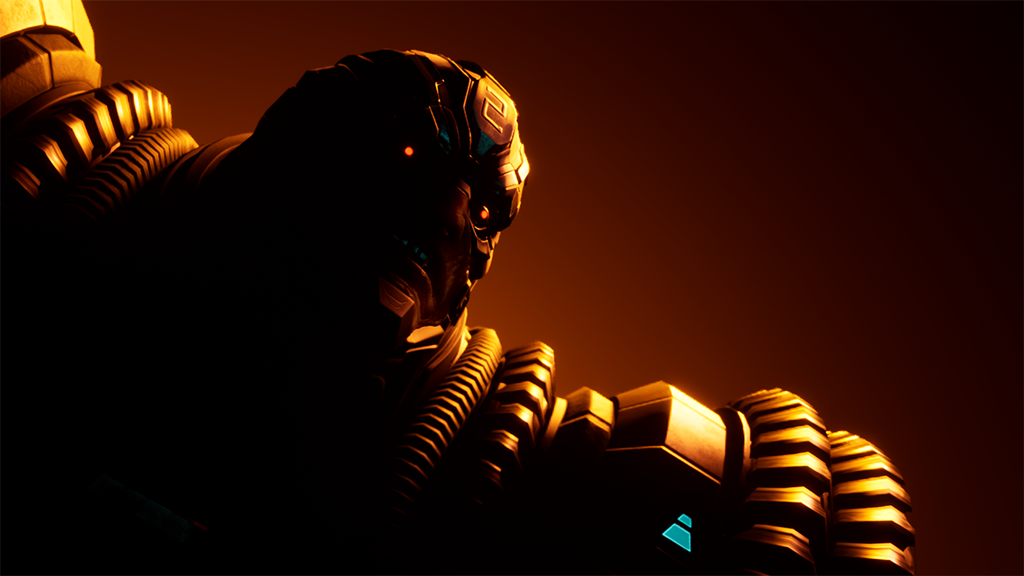 Key lights – I started with two, slightly offset from one another. One is a bright yellow while the other is more of a pale, bright orange. This added some variety to the surface illumination and bought in more of the tone from the environment. 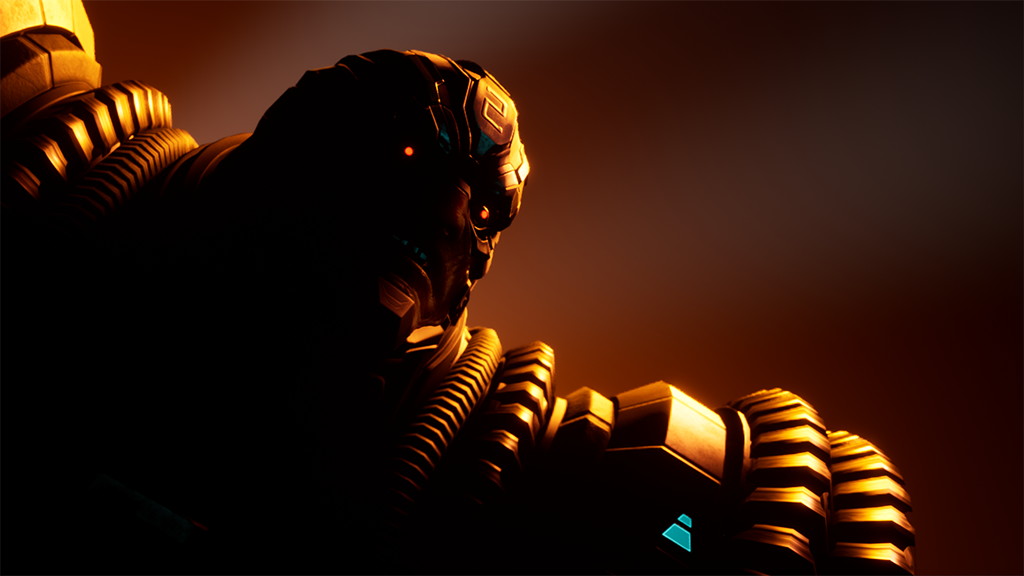 Back lights – These volumetric spot lights don’t touch the character directly, they’re intended more to add depth to the environment and provide context for the main backlights, themselves. 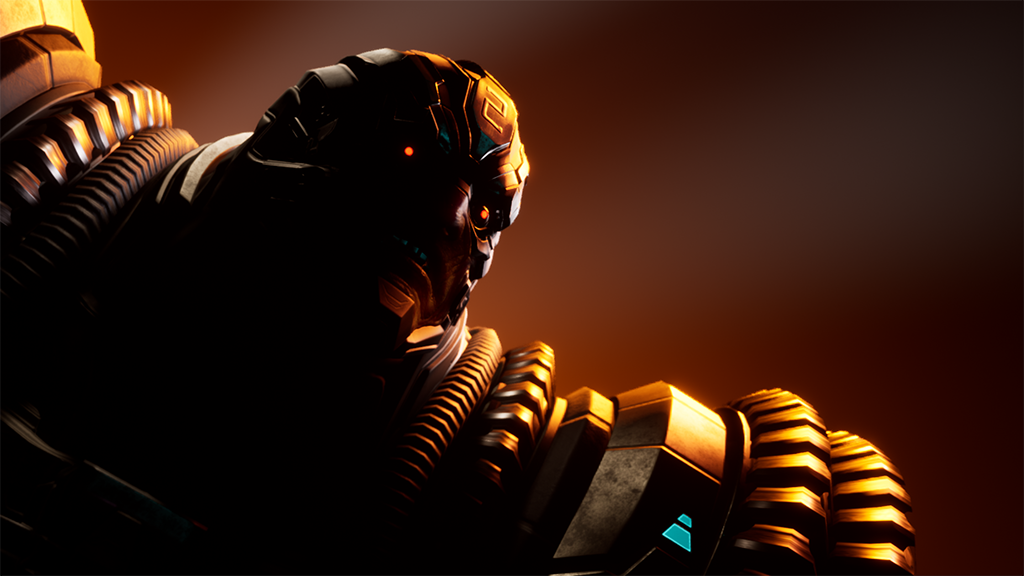 Back lights – I used a pair of white point lights, either side of the face to emphasise this focal point, intensify some of the highlighted details and make the volumetric spot lights feel more like they’re part of the scene. 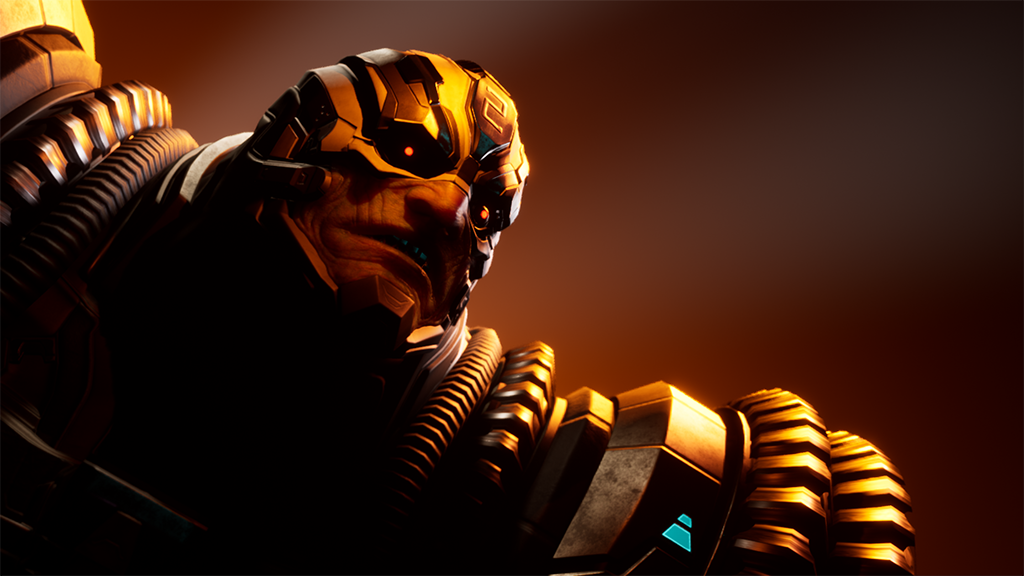 Key light – The key lights weren’t powerful enough on their own and made the image feel a little washed out. I added another spot light just above the head to really push the sense of intense heat and bring more emphasis to the face. I particularly like the shadows cast by the helmet, just above the character’s mouth. 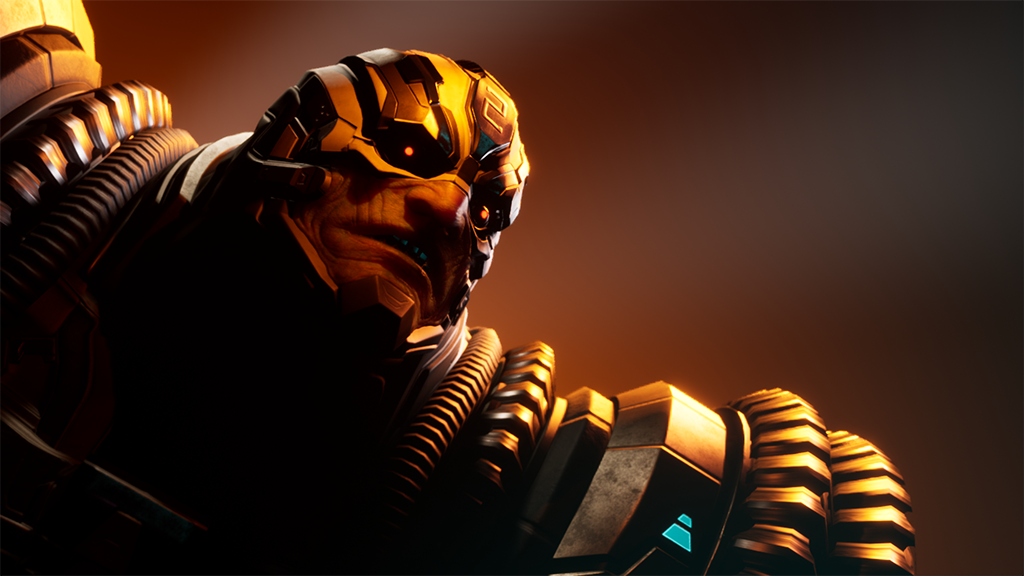 Fill light – I really didn’t want much detracting from the heat with this one, but added a subtle, volumetric blue point light to the bottom right where you can see his illuminated suit symbol. 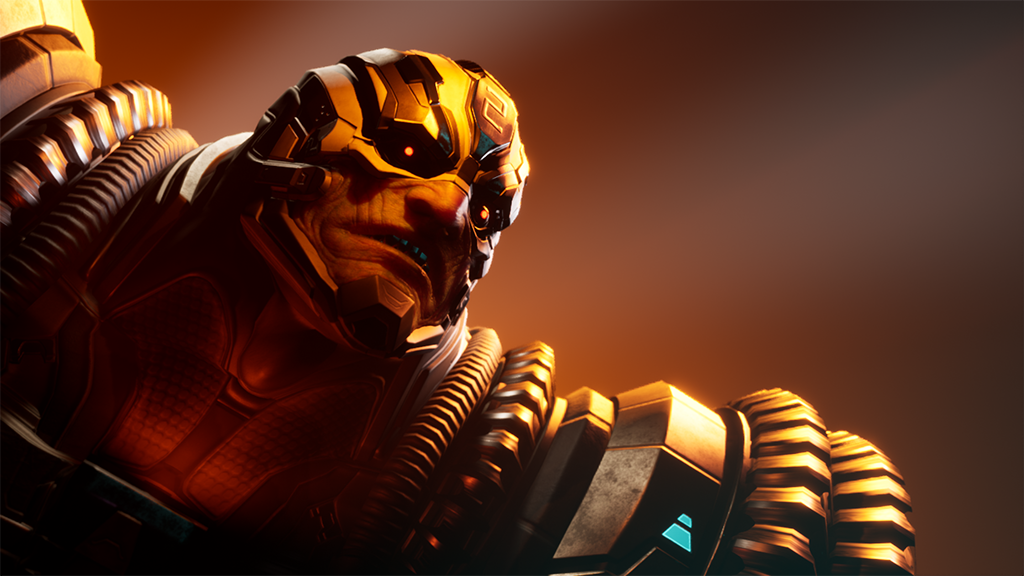 Detail lights – As much as I liked the contrast, the image felt empty with too much shadow not really serving a particular purpose. I added a weak, slightly volumetric point light to an illuminated section of his chest armor. This was enough to introduce some depth without detracting from the overall image and if anything, the contrast between the red here and yellow above the helmet only helped draw more attention to this area. 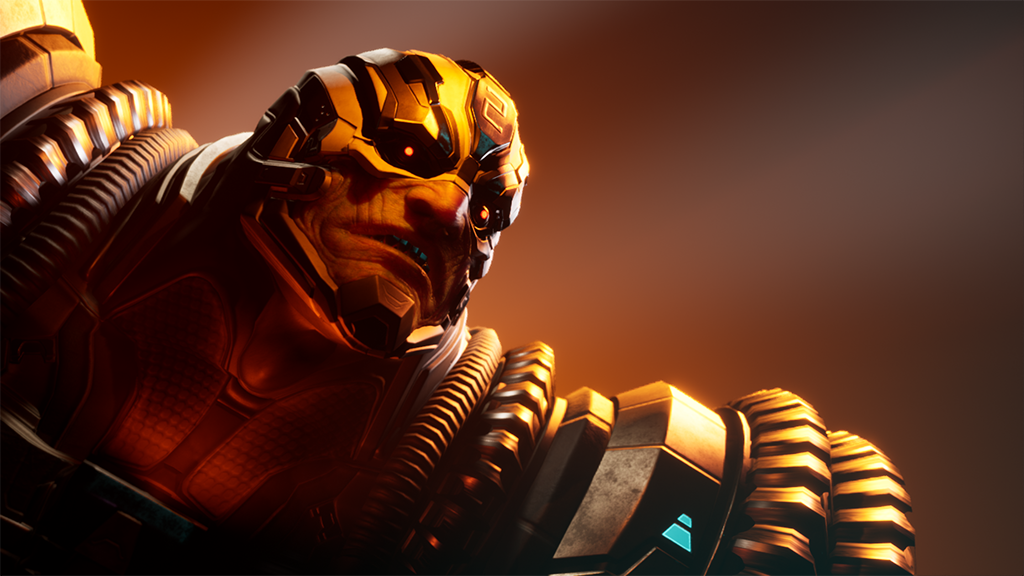 Detail light 02 – Just a slight tweak, an orange spot light added just beneath the chin as a highlight cast by the illuminated chest plate. If I took my time I could’ve probably achieved this with a single light, but as optimisation and animation wasn’t a concern, I was fine taking this approach. 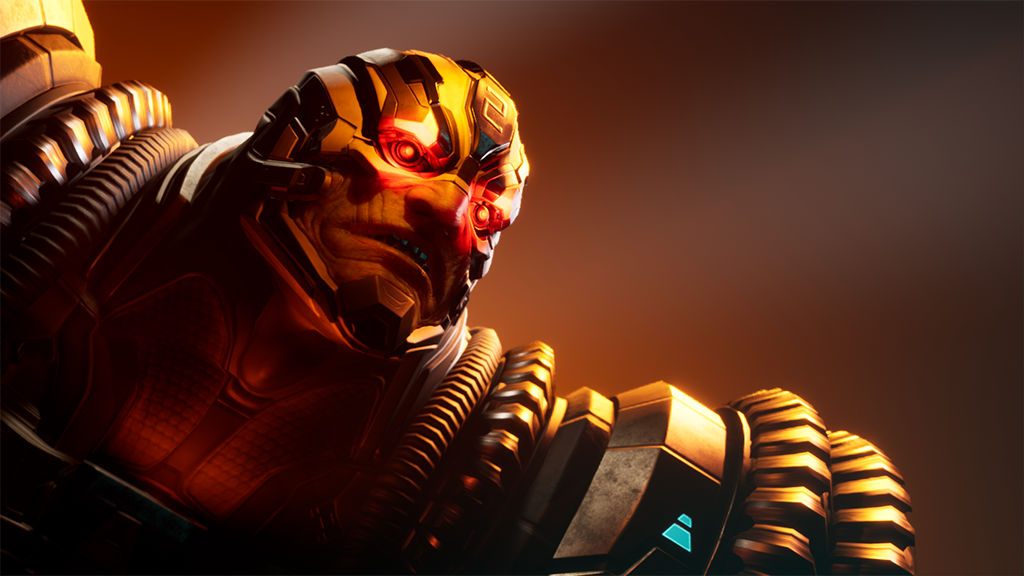 Glowing eyes – I actually struggled with this. As awesome as his eyes looked draped in shadow, I preferred how this approach illuminated all the finer details in such an important focal point. It’s almost as if the closer you look towards the character’s eyes, the more depth there is to see.

Once the lighting was sorted, I moved onto particle effects which would tie the character to the surrounding environment. 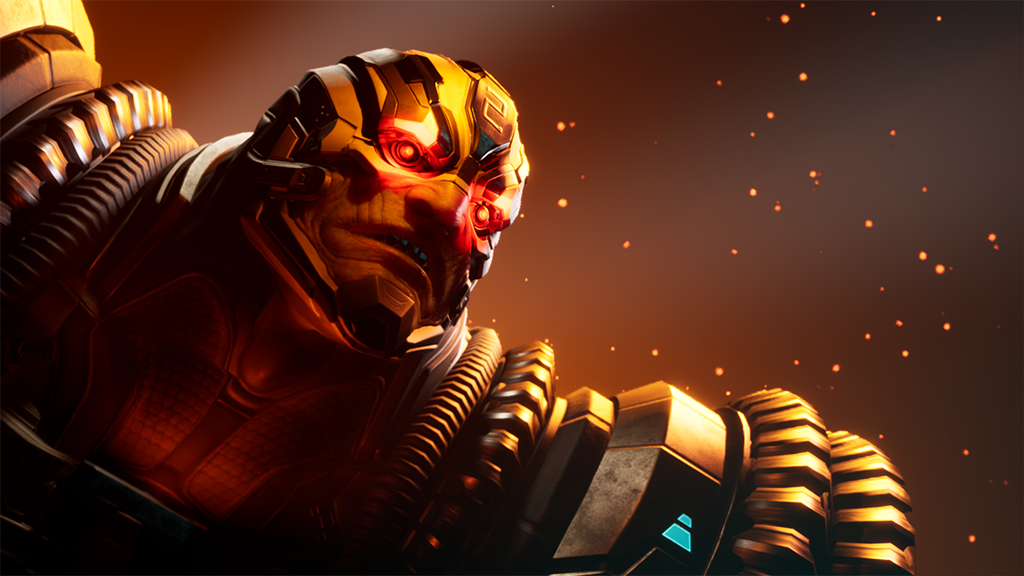 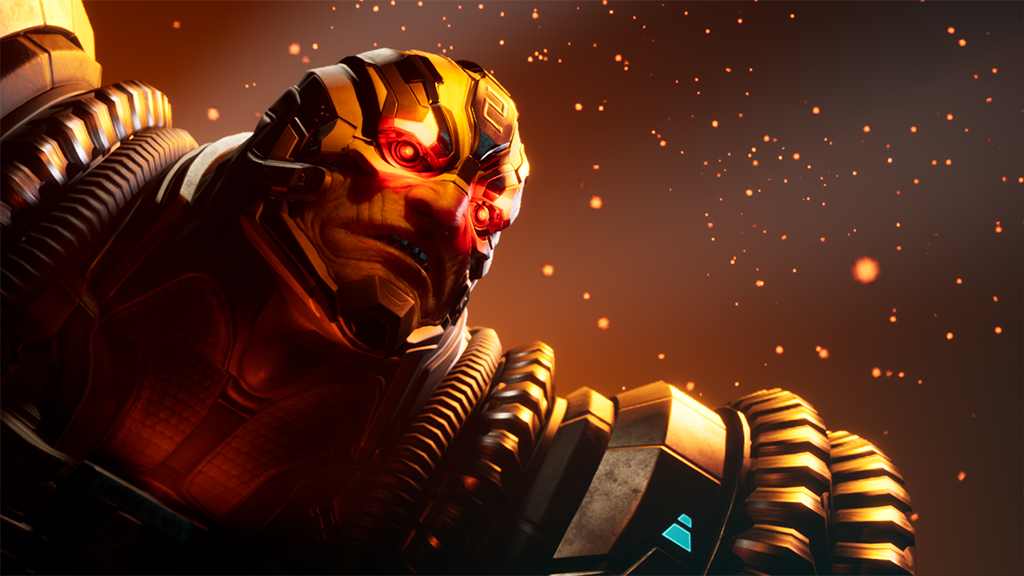 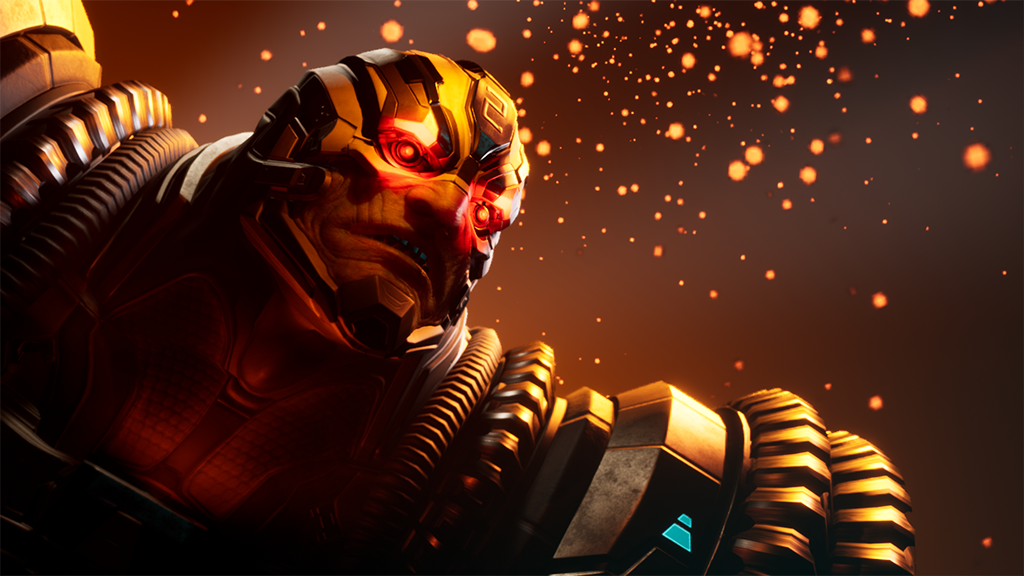 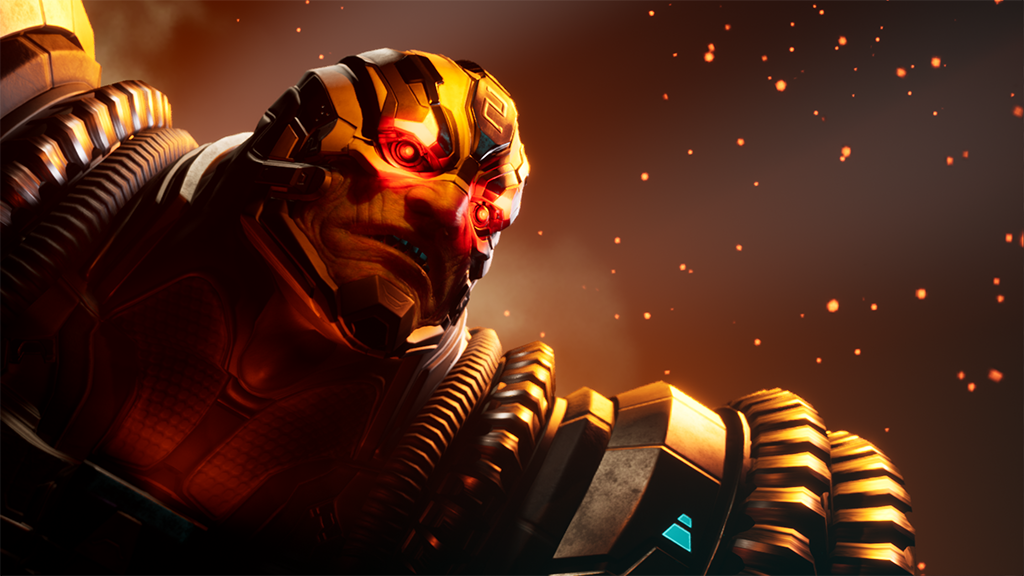 Smoke – A large smoker emitter place just behind the character and recoloured to better match the environment. 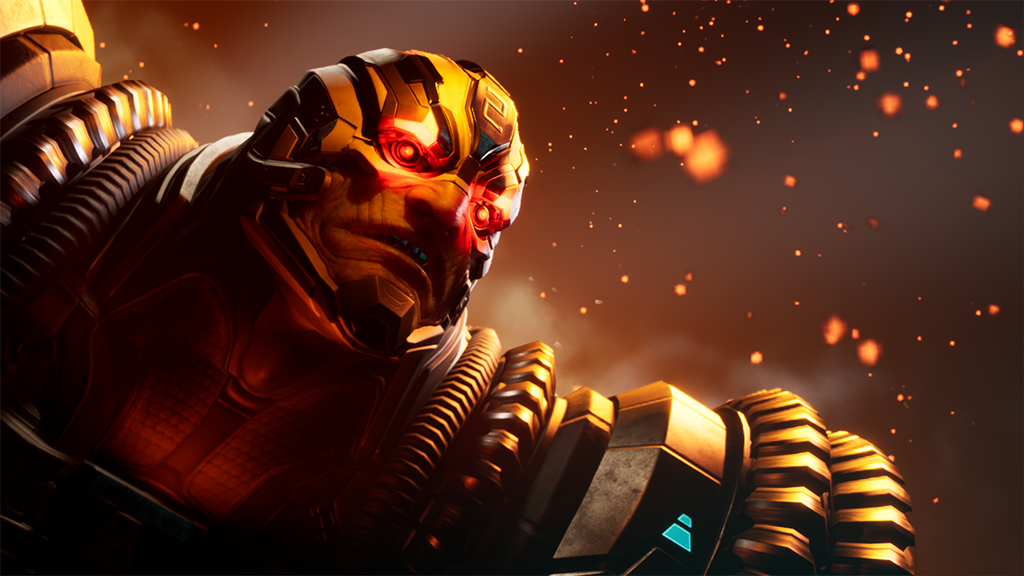 Fire – You can barely see this one here, but it adds some subtle variety to the look of the smoke behind the character, particularly around the neck area.

With the lights and particles sorted, I went onto fiddle with the post-processing effects.

Essentially, these are tweaks that affect the image on the whole (such as contrast, colour balance, etc) rather than individual components.

My goal with these was to emphasise the idea of the character being within a volume of light, rather than lights just illuminating various surfaces. With that in mind, it was important to address how light works in areas surrounding object surfaces, rather than the surfaces, themselves. 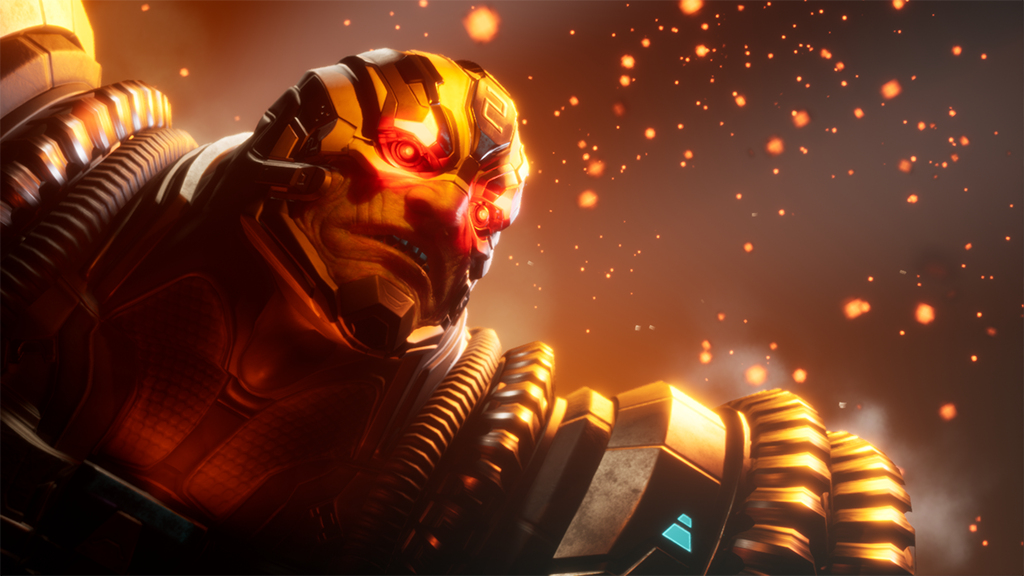 Bloom – Glows and blurring around the various edges really sold this, particularly around the areas of intense, hot lighting. 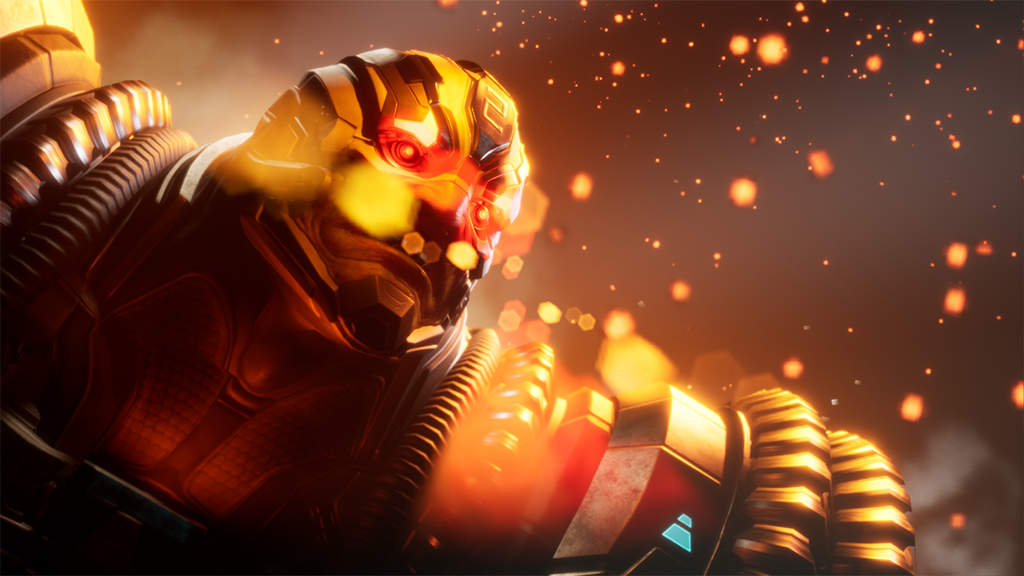 Lens flares – The default lens flare setting looked like an absolute abomination, but I did like the general positioning and how they scattered from such a centralised point. 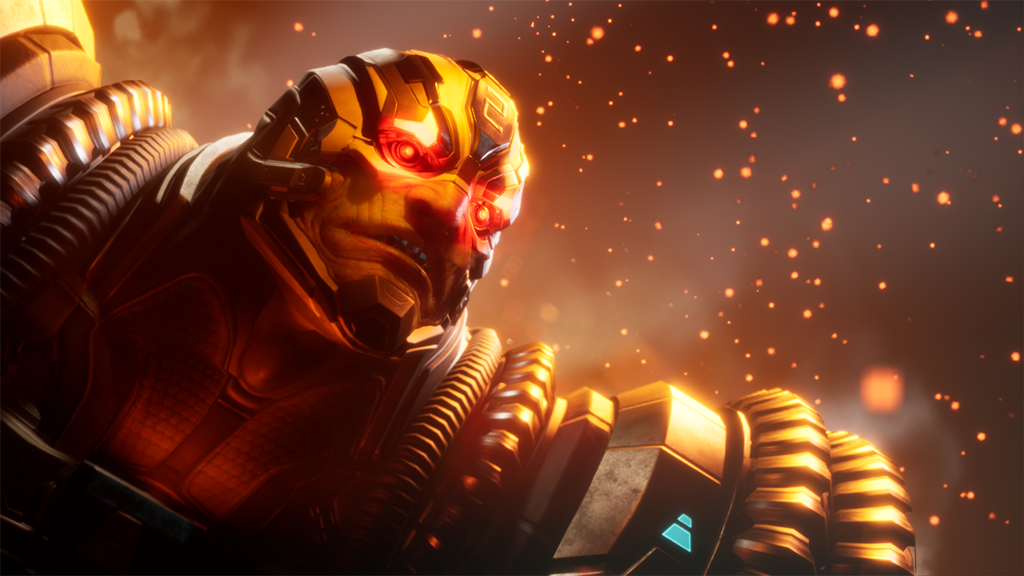 Lens flares – With the intensity of the lens flares greatly reduced, you still get these odd shapes helping to break up the scene without it being nearly as obnoxious.

Upon reflection, I may have gone slightly overboard with the bloom effects in the end. I can’t quite make up my mind.

But whatever, I’m satisfied that this nailed my objectives. 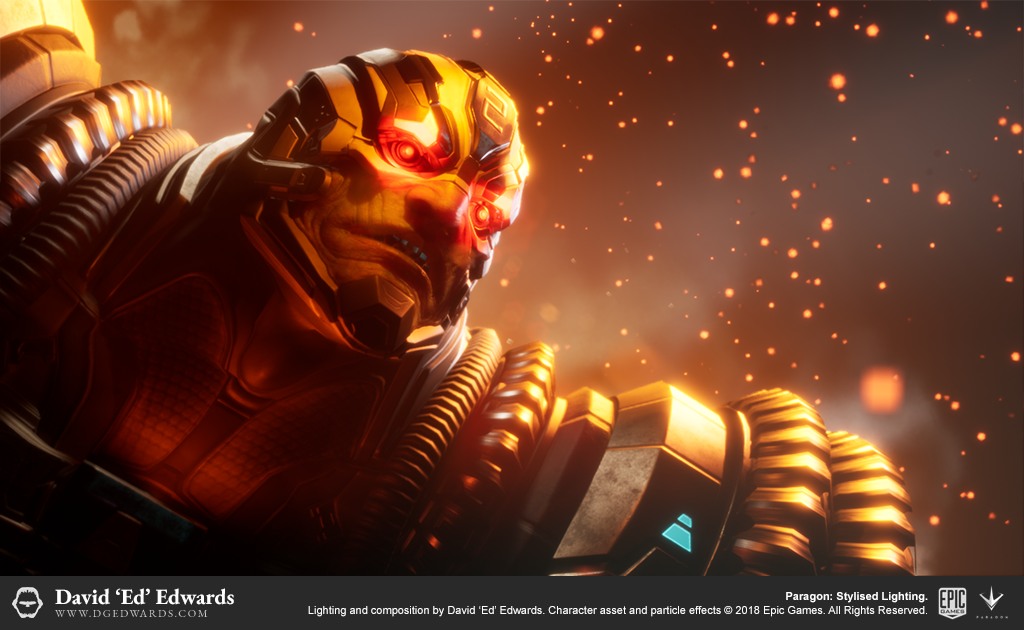 What about the others, y'lazy git??

If time allows or more than two people ask, I’d happily write up a similar overview for the other images in the series, they being as follows: 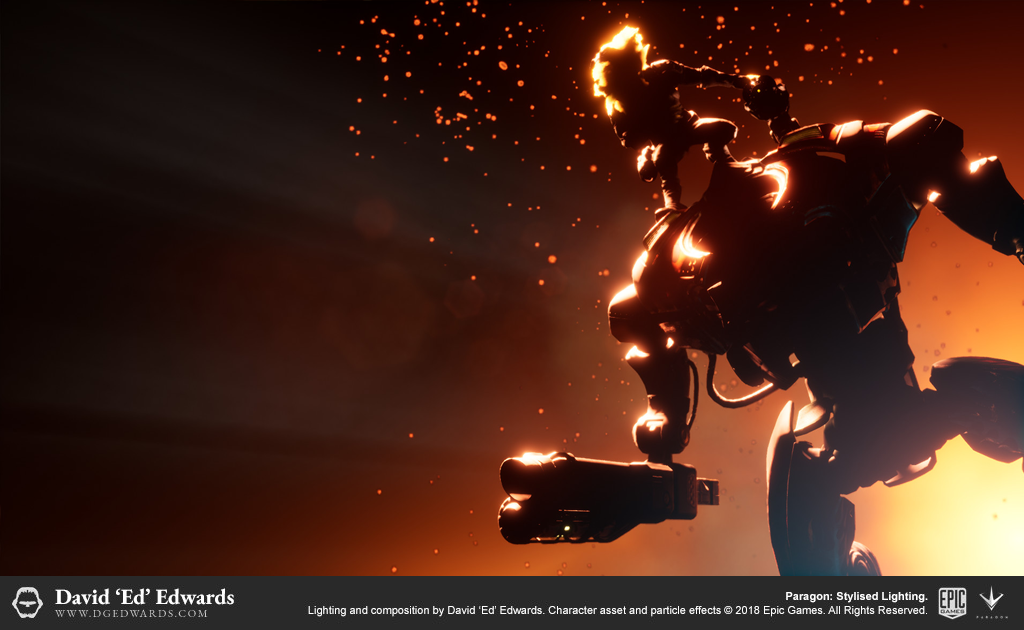 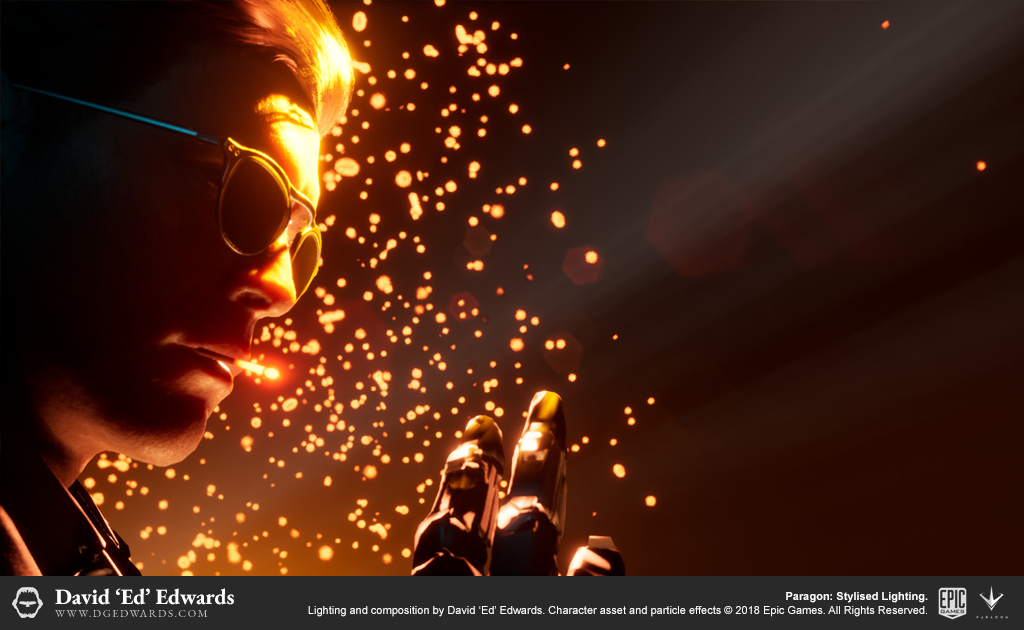 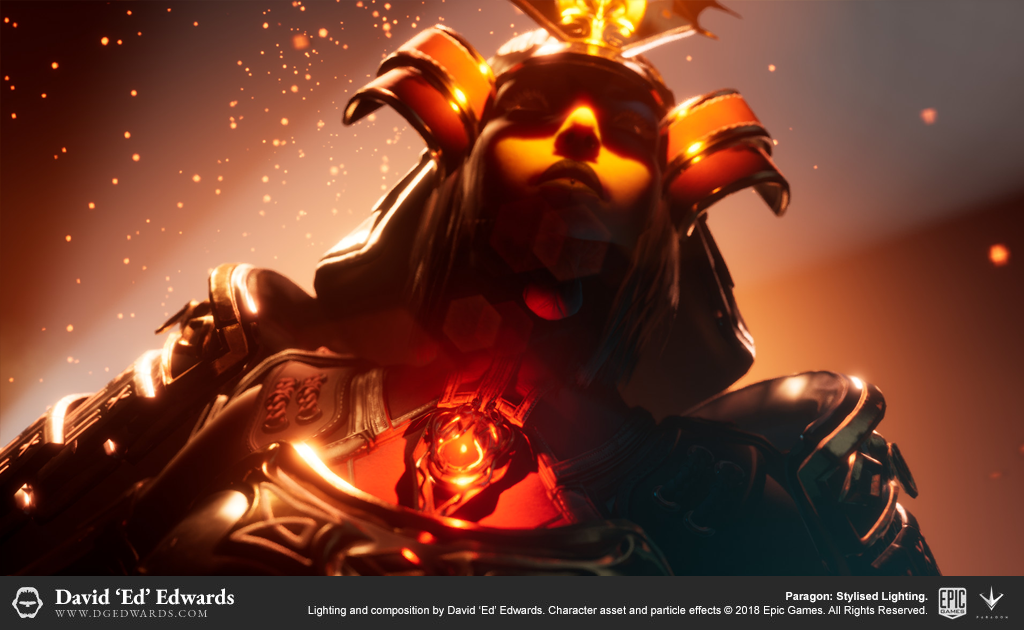 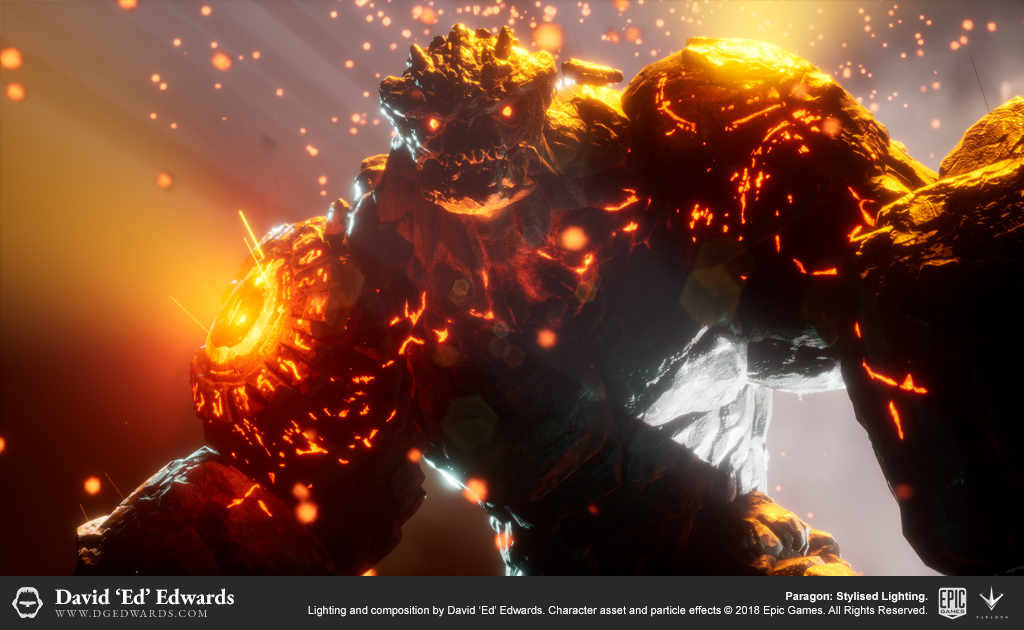 The lighting setup changed a fair amount between these images, some being a little trickier than others to get just the right effect.

For now, I hope this was of some use to anyone with a remote interest in lighting or working with Unreal Engine 4.

If it wasn’t… well, pay for an education.