What you'll want to say

Yeah, I just called the bank, my credit card company, energy provider and local provisioner of consumable goods integral to the continuation of my breathing and they all said the same thing – they will accept your success as legal tender!

Folks often have to clarify that this example is legit and I can’t say I blame them. Even I was equally doubtful that the other party was being serious when those words were uttered, but I can assure you – they were.

Fortunately, it’s only happened twice (so far) and I’ll focus on just one of these occasions here, for simplicity’s sake.

For the type of work I was doing at the time, this was a standard project with the rare exception that the client only requested somewhere in the region of eight million variants per draft… I should’ve known something was off, besides the faint odour of cheese (Stilton, naturally) emanating from my socks.

In fairness, the project was fun. They had a very clear idea of what they wanted to achieve, were concise in their feedback, facilitated no small degree of exploration/experimentation to flesh out some of the elements they were yet to make a decision on and overall – were great to work with.

Everything was in writing (price, deliverables, schedule) as good sense dictates, I fulfilled each of my respective responsibilities ahead of the time agreed, invoiced accordingly and all seemed well.

However, in fashion consistent with that to which I was sadly quite accustomed at the time, payment wasn’t made.

I spent several weeks chasing to no avail, until a response was finally received some millennia later, in the form of the aforementioned proverbial phlegm shot to the face of logic, reason and quite frankly, good manners.

I was diplomatic in my justification as to why hot air was not an acceptable currency and the client agreed to pay.

So in the grand scheme of things, no major harm was done and I suffered no great loss, but for the significant number of shits that I’d no longer have at my disposal when dealing with future conflicts.

Not that that should ever be considered relevant when payments are overdue. 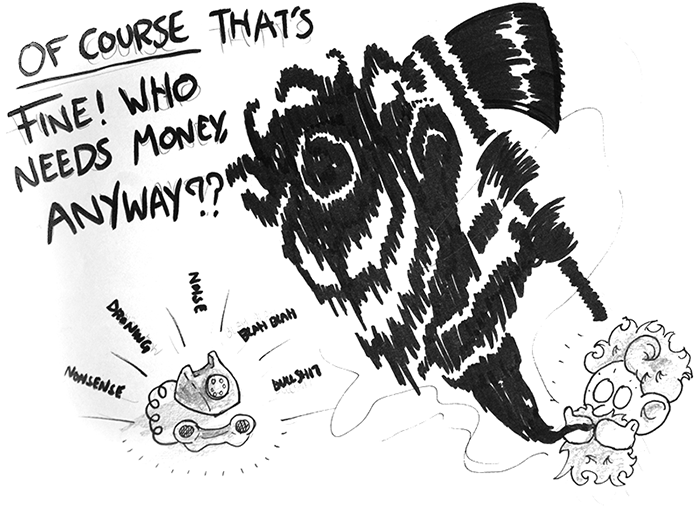 How I would advise you respond...

If someone tries pulling this with you, kindly advise that any preferences they might have for alternative methods of payment should have been discussed prior to commencement of the project.

And as I mentioned in my introductory piece – get this in writing.

Even if you’ve not taken a deposit (which you really should), arrangements for alternative approaches to commerce are agreed – in writing – before a job begins, not midway through and certainly not after the fact, when they’re enjoying the benefits of your hard work and deem it appropriate to play some odd perversion of pin the tail on the donkey.

Only in this instance, you’re the donkey and it’s not a pin. It’s a handful of poo.

Really horrible poo, with bits of sweetcorn in it.

Happy Easter, folks! Remember, the Easter Bunny is expected to work for free, too! 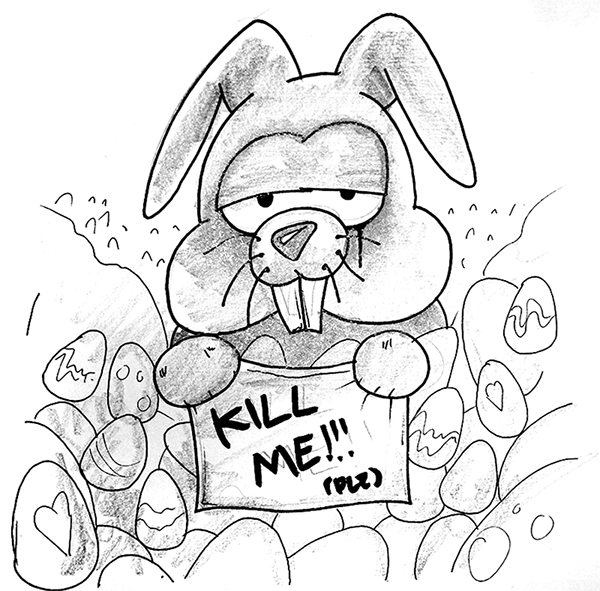