It’s home to some of the planet’s most incredible wildlife and it’s impossible to look in any direction without seeing something that inspires your imagination, expands your capacity for wonder or at times, makes you very appreciative for what you actually have.

But as anyone will tell you, it can also be a very interesting place to work. Some projects can be planned, considered, well-developed and yet never seem to move forward, while others will have been conceived and executed in what feels like a matter of seconds.

APSS (The African Penguin and Seabird Sanctuary) was a mix of the two.

The director of the Dyer Island Conservation Trust had plans for a facility dedicated to the endangered African penguin for years.

A major push to turn that dream into a reality came towards the end of 2014, at which point I was contacted by the trust to help create some visuals that would better  s ell the project to potential investors.

This included real-time visualisations of the proposed facility, a general branding solution and CMS-powered website.

For the most part, my role on this project was very much that of an overseer (like the dudes from Dishonored, but without the bad-ass mask), directing a small team of people with dedicated responsibilities, rather than getting too involved with the ground level execution myself.

This was an absolute necessity, because although we needed room for experimentation, the limited resources, time and expertise meant that every second was precious. Clarity of vision and ruthlessness in approach would be key to achieving the projects within the required time-frame.

The only real  rule we had that would dictate the overall direction, was that the final logo should remain relatively true to the branding of the parent Trust and their primary sponsor, Volkswagen South Africa.

Every facet of the facility is unified by a very simple concept –  the unification of people and penguin …  can you imagine a world where all creative briefs are so mundane?

Of course, people are expected to spearhead the implementation of this concept, since the language barrier which separates man from penguin is one we’re yet to overcome. Even so, the overriding message was to be one of balance and co-existence.

A simple idea, but simple ideas often end up being the biggest twats to get right, particularly when time is not on your side. I had a myriad of potential directions that toyed with this concept and our artist (Sue Phillips) created a series of paintings for us to establish a possible foundations. But because of the aforementioned limitations on time, we had to be very ruthless about which of those starting points would be worth developing further.

In fairness, choosing just one was a fairly simple affair. Of all the initial ideas, the ones that created the most immediate connection were those that utilised simplistic form and a central focal point.

They just had a natural, even sense of balance between man and penguin, along with a palpable sense of unity which was given subtle emotional weight by the underlying conservation message.

Further sketches were done to begin refining the approved concept, once it had been shared with the Trust:

Everyone was happy with the design at this point. During these developments, my attention turned to directing some of the subtlety and nuance that I felt would bring a little more personality and soul to the final application:

Posing – This was especially important following on from the above two points. I didn’t want the penguin to look threatened or broken, but likewise its pose needed to be contextually relevant, otherwise there’s no real substance to its relationship with man. This was a simple question of tilting the head up towards that of the human figure, in much the same way a penguin would when expecting to be fed by a parent.

Dominance – There was no escaping the sense of human dominance created by placing the penguin within their form, so we opted to turn this to our advantage rather than fight against it. The shape of human figure was therefore enhanced to create a sense of security and care, rather than outright ownership.

The Arms – These needed to reflect the general shape of a penguin nest, encapsulating the values one associates with home and applying them to the surrounding human figure. In this context, humankind is their home, their safety.

With the incorporation of these points and some general tweaking, we arrived at a design which the Trust felt truly encapsulated their ethos, which I was likewise confident would serve their long-term marketing needs.

Next up was the text. While we did a couple of rough drafts which utilised a more creative approach to the typography, every direction instantly felt like it was fundamentally over complicating things and detracting from the simplicity of the image we’d created.

So we decided to keep it simple and elegant. Boom.

Back when the project was little more than a nice idea, I’d worked with the trust in creating some very basic visuals.

At this point, the facility was going to be somewhat rudimentary in its construction, effectively built from storage containers (a cost-effective solution which with the right application, can be more aesthetically pleasing than you’d expected).

Likewise the plans themselves comprised little more than some rough sketches, which I was keen to rebuild in a real-time 3D game engine so the team had an idea of what we could do in future, should the project be formalised.

The following screenshots were created in a couple of hours using the Unreal Development Kit and while basic, nevertheless went a long way in helping the team identify areas for improvement.

A new visualisation for a new concept

However, the man at the head of the Trust (an exceptional human being, I might add) figured that if this was worth doing – it was worth doing right. They subsequently contracted a team of architects to design a facility that would serve their immediate and long terms needs from the perspective of research, conservation, environmental-crisis response and community outreach.

The plans were solid, but required a great deal of imagination to get excited over. At this point the project was still in need of funding, so capturing people’s imaginations (particularly those who would potentially invest) at this stage was going to be vital in realising its full potential.

So based on the strength of the original concepts that were put together very quickly, I pitched the idea of recreating those plans in Unreal Engine 4, giving people a real-time preview of what the facility would look like. 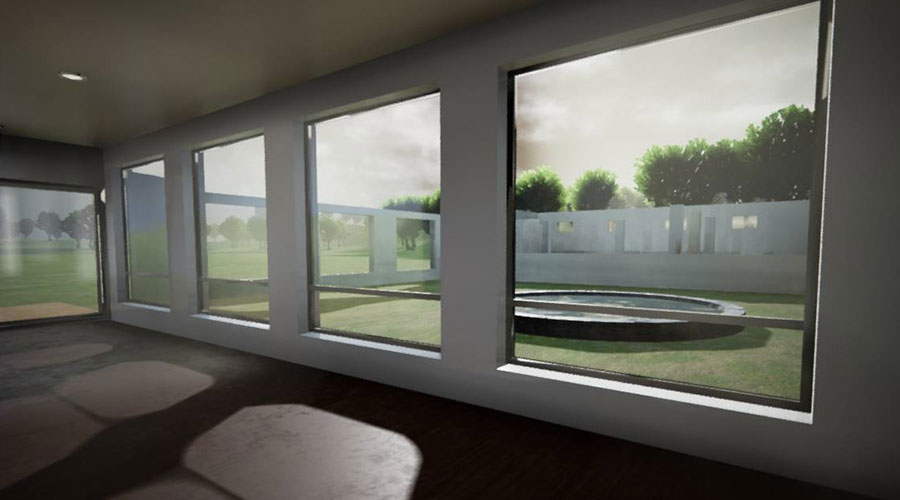 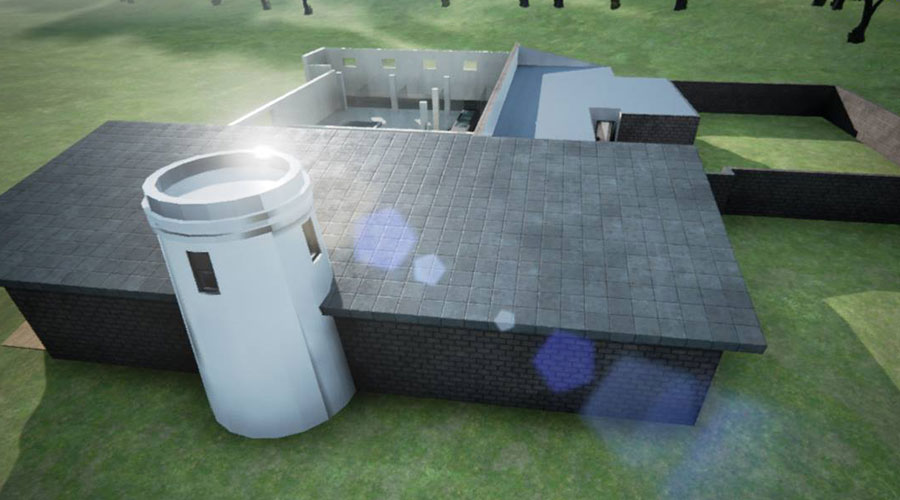 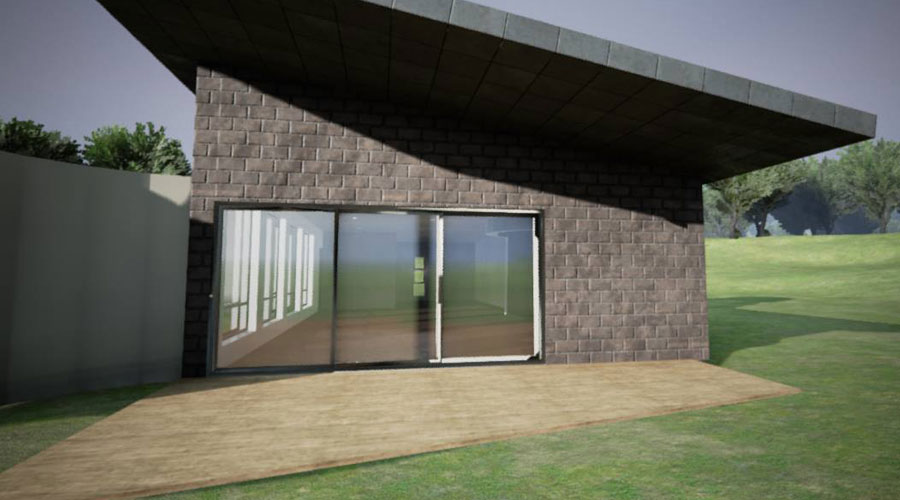 Our Design Engineer at the time (Luke Stannard) created the above screenshots while I directed from South Africa, in barely three hours. These were then rushed to a local presentation of the intended facility to gauge how effective this strategy would be.

It turned out – very effective indeed.

When I returned to the UK, I worked with Luke on producing more accurate renderings, including a rough visualisation of the surrounding area to give a better idea of context, which I felt would be particularly important in cultivating support from the local community.

This project was developed around the time the first Oculus Rift Development kits were being made available.

We figured this would be the perfect opportunity to capitalise on an upcoming technology and give potential investors an unrealinsight into how the facility would look and feel.

It worked exceptionally well, but due to technical reasons and lack of familiarity with the hardware among the team out in South Africa, was an unpractical solution.

Which was a shame, but nevertheless the final renderings did their job, having a significant impact on support of and investment into the facility.

The website was intended to be the focal point of the facility’s launch campaign. But while we had a vision, ambition, some incredible visual resources between the photographs and the facility renderings, the building itself didn’t yet exist. In fact, at this point it looked unlikely that it’d even exist at its own launch event.

We were building an online presence for something that was still somewhat vague, conceptual and in development, that nevertheless needed to be executed with a distinct sense of purpose, depth of content and clarity of vision.

My response was to treat the launch build of the website as a general information platform, built around the same concept as the new branding. Immediate content would focus on educating people on the various species the facility was going to treat and previously completed research work by the trust, with a view to expanding the scope as new aspects were confirmed.

This would give us the impact the Trust wanted, making effective use of what few resources we did have available without the inevitable dilution of user experience that would come with countless coming soon pages.

Opening its doors to the public

Although I have visited since, I was sadly unable to attend the launch of the facility, which was indeed completed against all expectations in time for its intended date.

By all accounts it was a fantastic event, at once a relief following the intensity of the months leading up to it and a celebration of the future it promised.

Our design work likewise did it’s job, with the logo being subject to widespread praise and visitor engagement on the website far exceeding what I’d expected.

Not a bad project, all things considered. 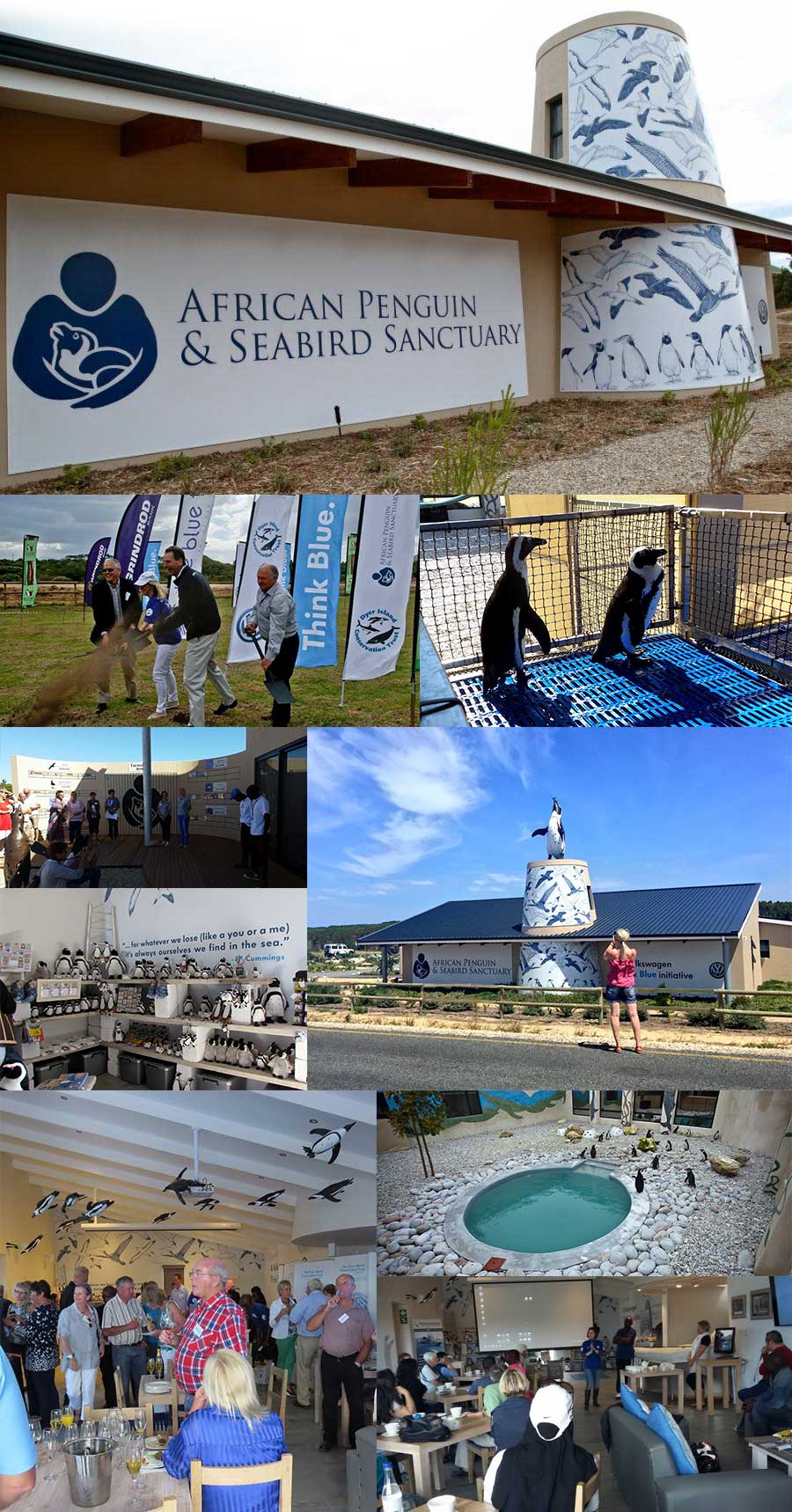 Contributing to the future of an endangered species through design.

I love design and I love wildlife, so I treat any opportunity I get to combine the two as if it’s the last.

I’ve helped a number of wildlife-related organisations over the years through my agency EDNA, but projects like APSS are a true rarity.

We were responsible for establishing the identity, cultivating support and developing the online presence of a ground-breaking project, a project intended for the sole purpose of conserving one of a country’s most iconic and endangered species.

As always, there are things that could’ve been done better (particularly on my part), but three years after its launch the facility is going on strong, rescuing countless birds and educating visitors on a daily basis.