As soon as Clouds Over Pripyat was released, we began work on our follow up record, although it seemed to take bloody ages to make any real progress with.

Musically,  Symbiosis Through Decay maintained the first album’s approach to basing its themes around real subject matter, but also incorporated a little more abstraction and chaos into the overall execution.

I wanted to reflect this in the artwork while also relying less on pre-existing photographic material. I decided quite early on that the artwork for this release would be done entirely from scratch and that I would also reduce my scope, effectively going for a less is more approach while still building on what was done before.

So I set myself the challenge of taking a series of photographs based around objects/subject matter relating to that of the music. Of that series, I would then select one image which would form the visual basis for the visual direction of the record. 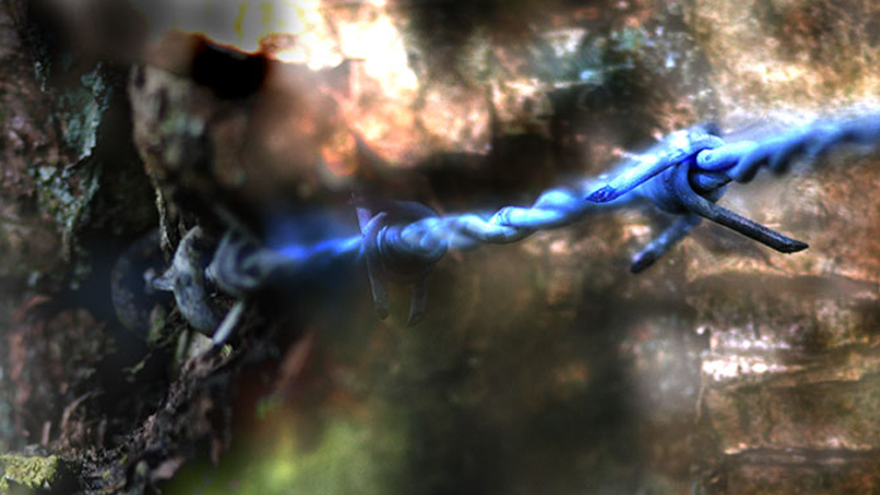 One Image to rule them all

The above photo was one of many taken during this trip. Sadly, it was also taken during a time when ‘backing up’ data was more of a  nice idea than something I actually did, so it’s also the only one that remains from the original set.

What matters though, is that it worked. It was abstract, messy and chaotic, but still had a clear sense of perspective and form.

With the photo decided upon, I then limited the palette to create the harshest contrast possible while maintaining a decent level of depth. As much of the record’s subject matter revolves around industry, nature and the relationship between the two, I stuck to harsh shadows and rusty browns to evoke thoughts of decay, age and abandonment.

In every facet of the visual approach, it was important for the art to f e el like a pattern of noise that roughly reflected an actual form, rather than simply being one or the other.

Effectively, a visual representation of symbiosis through decay. 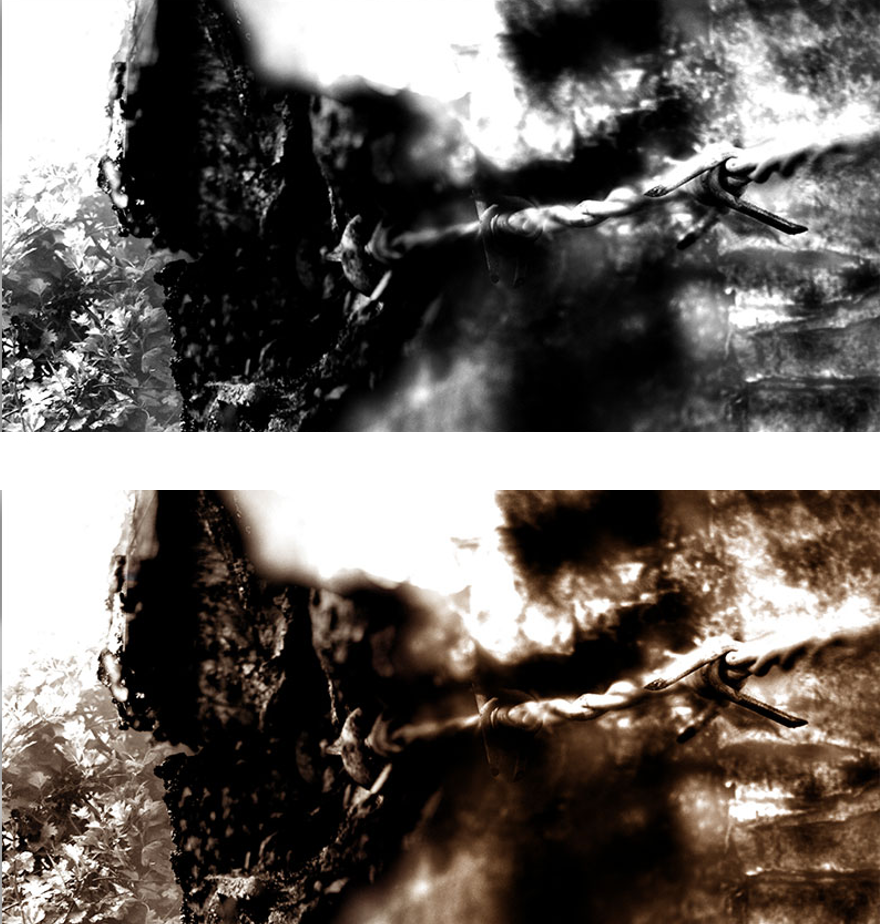 Alex and I took a trip around Norton Colliery to take photographs that could be used in the final execution. An abandoned mining facility being slowly retaken by nature, resonated quite well with the themes of the music.

One photograph in particular had just the right content and composition for the front cover. Alex then worked with me on fracturing and polluting this photograph, using the image I created as a reference and guide.

Although I wasn’t able to achieve the same level of scope (a natural side effect of not having a booklet’s worth of artwork to produce) as Clouds Over Pripyat – folks dug the artwork. It still communicated a tone and personality that felt unique to the release itself while also allowing me to expand Krupskaya’s visual horizons. 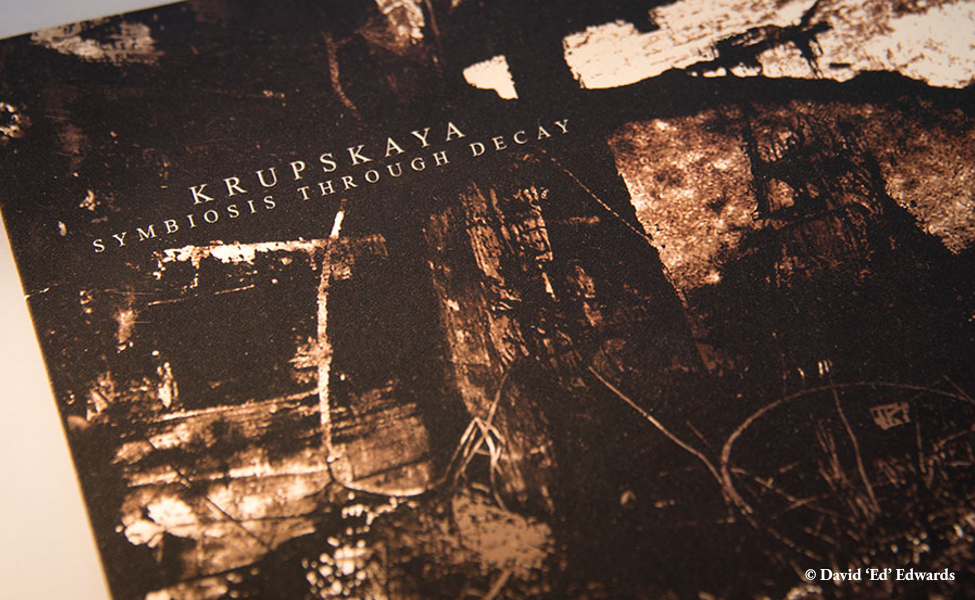 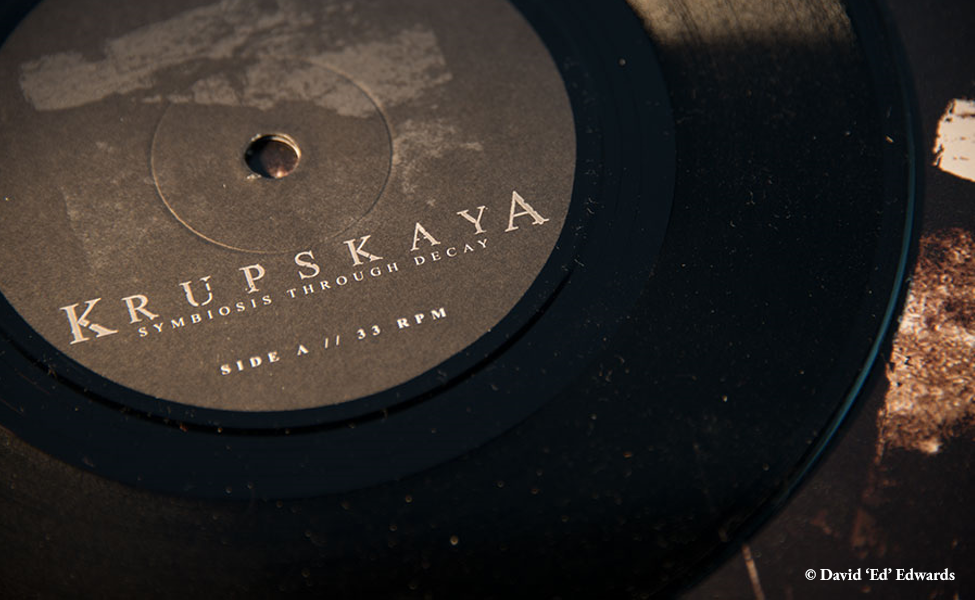 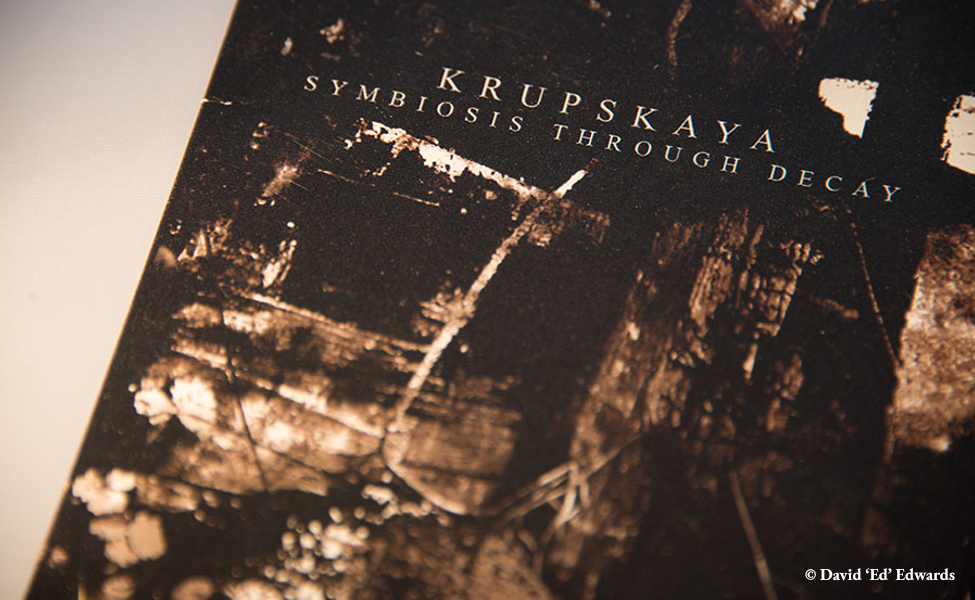 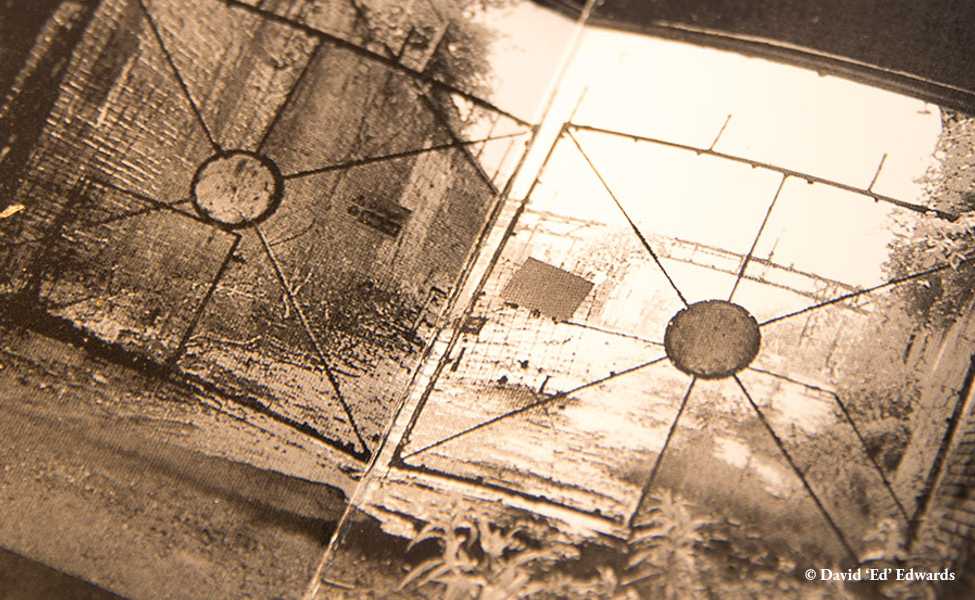 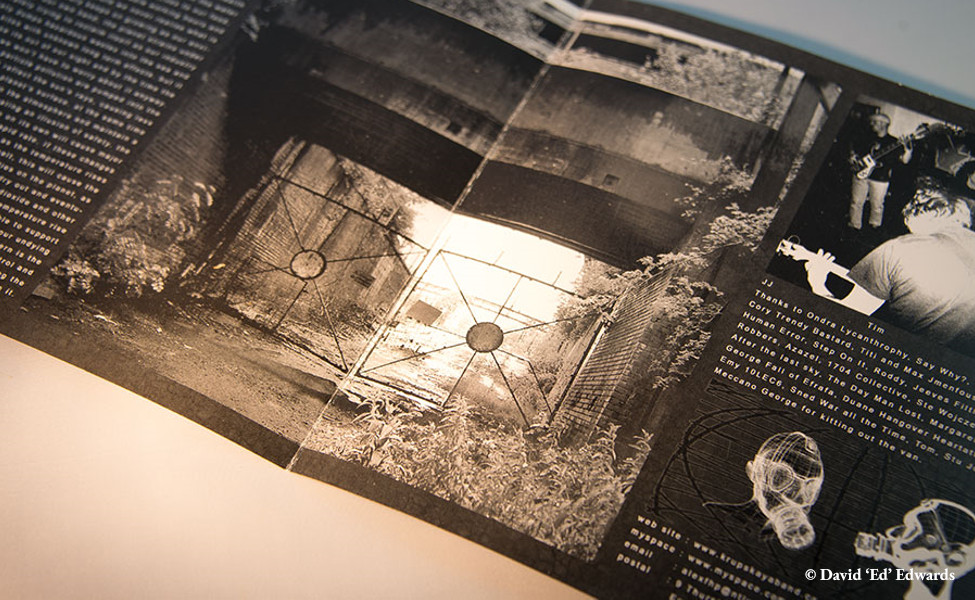