If you haven’t read my Krupskaya dedicated page, you may not be aware that we’re a band for whom I’ve played drums since its inception (but for a couple of years when I let the country to chase great white sharks).

Our music is designed to be as uncompromising, uncomfortable, inhuman and brutal as possible – the audio equivalent of walking down a high powered wind tunnel while someone tips shrapnel into the other end (with choruses… sometimes).

That’s not to say it’s without any degree of thought or careful balancing of levity in places and although categorising ourselves as  grindcore  is logical, it’s is a little reductive and doesn’t necessarily reflect much of the nuance or conflicting styles we try to incorporate.

Fundamentally – our overall approach is based on a desire to create a dense cavern of sound, one that is arresting, cold, violent and with genuine conviction. A layered soundscape which encapsulates the political and social themes of the music without being derivative.

With all that in mind, doodles of stick-men and angry puppies never seemed the most appropriate art direction.
I wanted our records to be picked out by people on the strength of the artwork alone and as the only member with any artistic talent (translation: had a copy of Photoshop), I’ve been able to pursue this with relative freedom.

I’ve never been interested in what other bands are doing, more compelled by the potential to create something that has a sense of purpose and narrative, but remains largely abstract and open to interpretation.

Even in the early stages of the song writing, the music always felt more like a soundtrack to a bleak, historical misery flick, than a sequence of songs. Records felt like self-contained stories, wherein each track represented a different scene or perspective.

So over the past ten or so years, my goal has been to encapsulate this visually.

My approach to Krupskaya’s artwork largely was established during the demo period of our rst album,  Clouds Over Pripyat.

The titular song was named by our vocalist (Alex, who is ginger), who devised the title while researching events surrounding the Chernobyl Disaster. His feeling was that this title would evoke a scene of natural beauty, a serene vision which stood in dark contrast to the reality of the events that unfolded. It likewise conveyed an immediate sense of narrative, of a pre-existing, multi-faceted story that this title offered a mere glimpse into.

These ideas alone inspired what little of my brain hadn’t yet been destroyed by beating my drums like a rabid auctioneer. All these stories, themes and meanings that Alex was talking about offered tremendous depth and potential to the artistic direction.

As we began conceptualising art ideas for the record, I created a series of basic experiments in an attempt to capture these elements visually. One of these experiments resulted in the following: 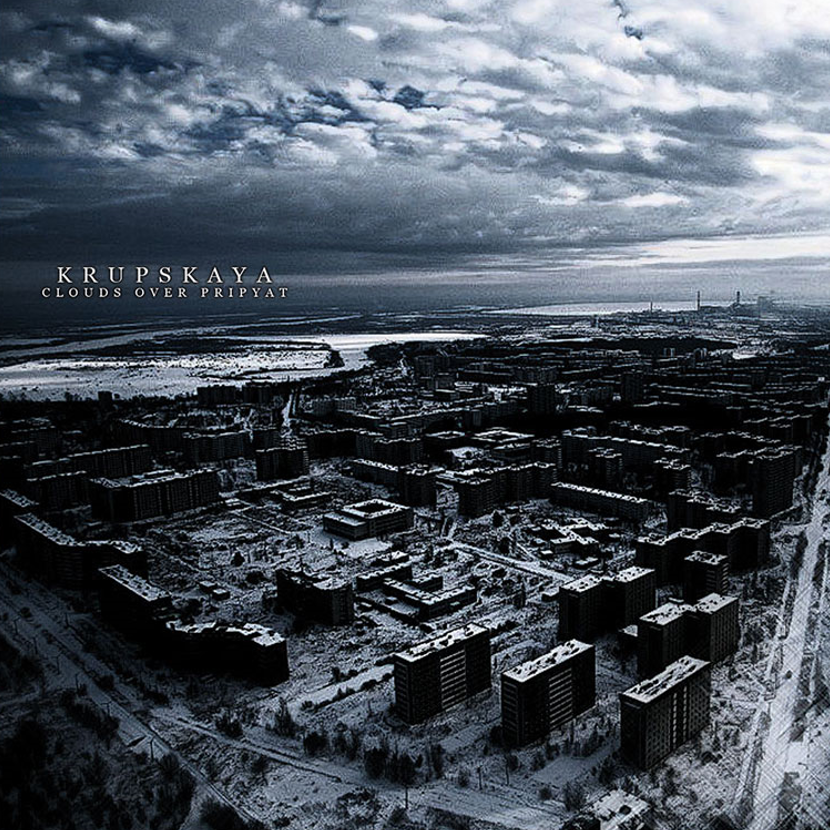 This image captured everything we’d discussed, being dark, bleak and unsettling, but not without beauty.

At this time, none of our songs actually had lyrics. Alex maintained that doing so would naturally suggest a political stance/opinion on the band’s part, which we wanted to avoid.

I maintained that when no-one can tell what the bloody hell you’re saying – it doesn’t really matter. He won, anyway.

With this in mind, I suggested we create single panels of artwork for each song on the album, communicating their themes and tone visually rather than through lyrical content.

Alex then buggered of, researched the associated events, themes and figures of each song and advised on the relevant imagery. From these images, I then crated singular pieces of art that continued the tone of the front cover.

I opted for black and white on each of these, because it looks brutal. On a slightly deeper level, I felt this would further emphasise the album title and cover as being the thematic centre-piece.

Furthermore, the harsh contrast created a feeling of tension, that these images were burning an uncomfortable, historical imprint onto the viewers’ subconscious.

Or at the very least, the images would force a reaction along the lines of “Argh, bloody hell mate, that’s a bit grim! ”. 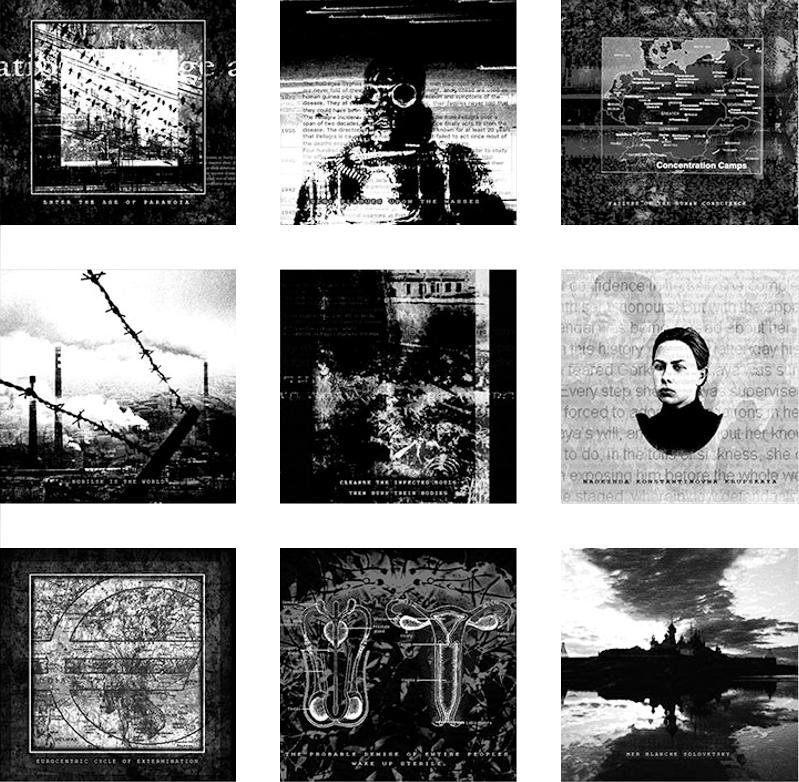 Some people loved the album, those with functioning ear drums hated it and our parents rubbed their heads in collective dismay at what they’d done to raise such foul, noise-polluting offspring.

But the artwork was praised universally (among the four or so people who bought it). While everyone had their own thoughts and feedback on the individual pieces, the collective work was regarded as one of the album’s strongest elements.

In particular, people felt it took a distinctly different approach to that of other bands in the genre, all the things I was hoping to hear.

More importantly though, it solidified the approach that would be taken with future releases. 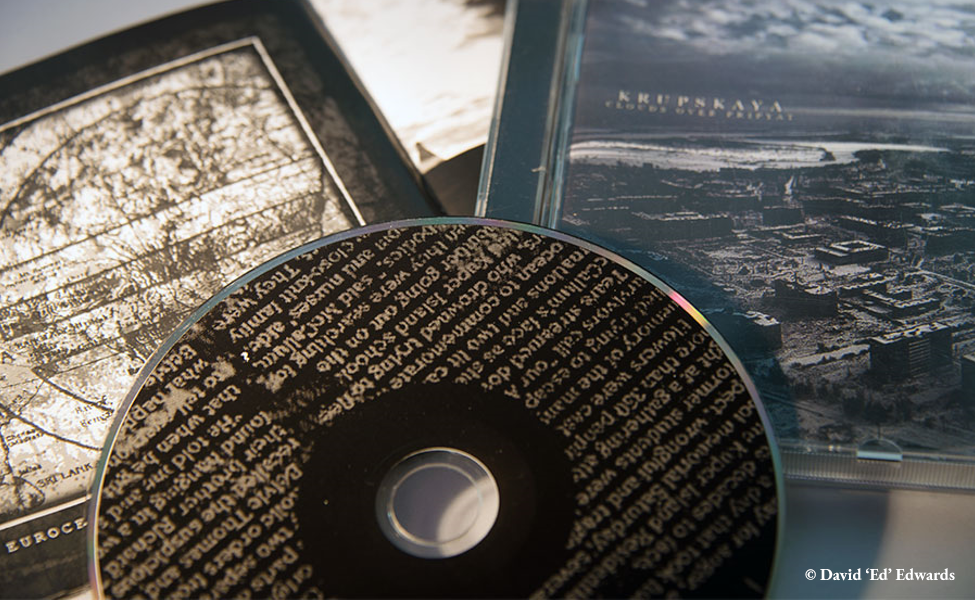 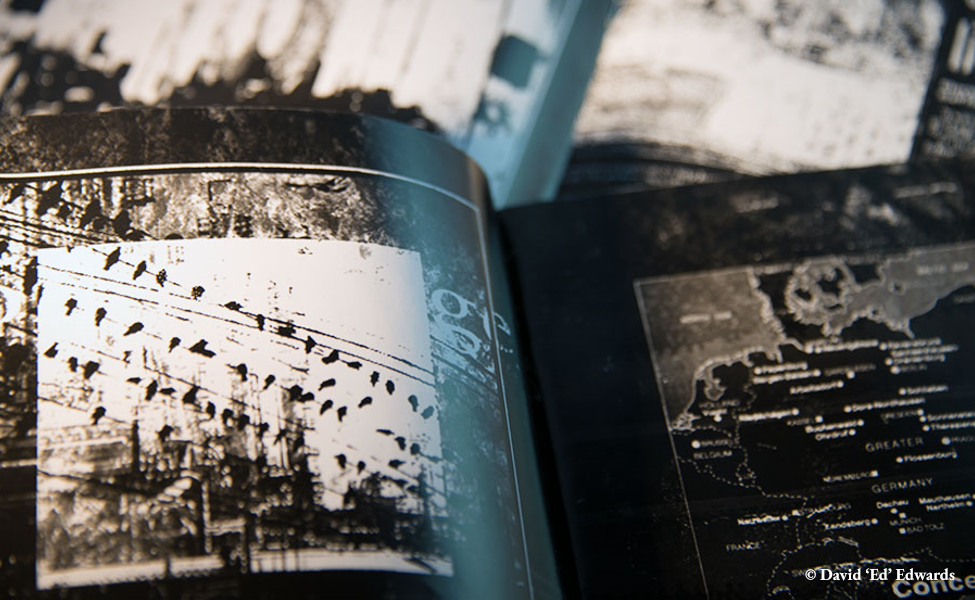 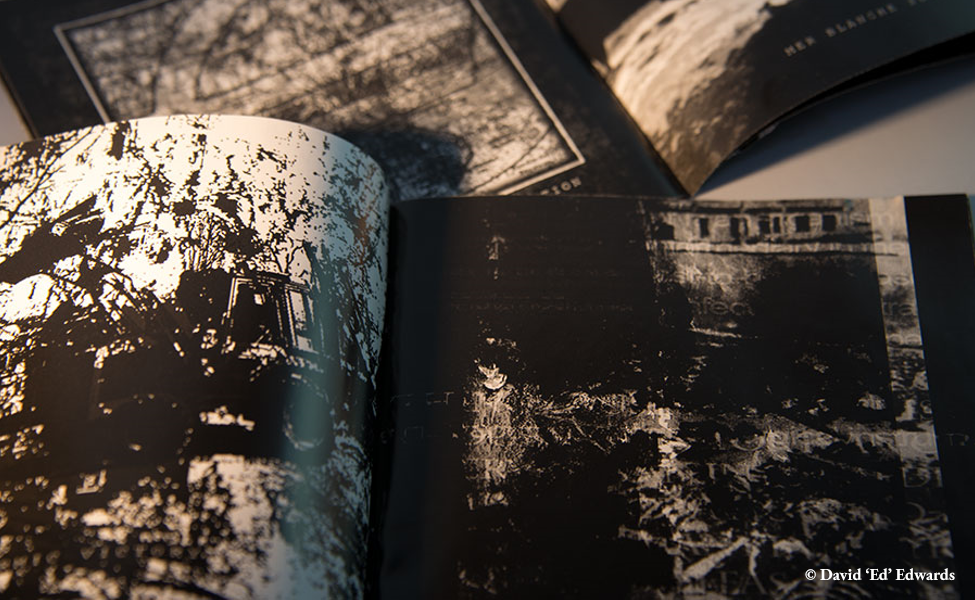 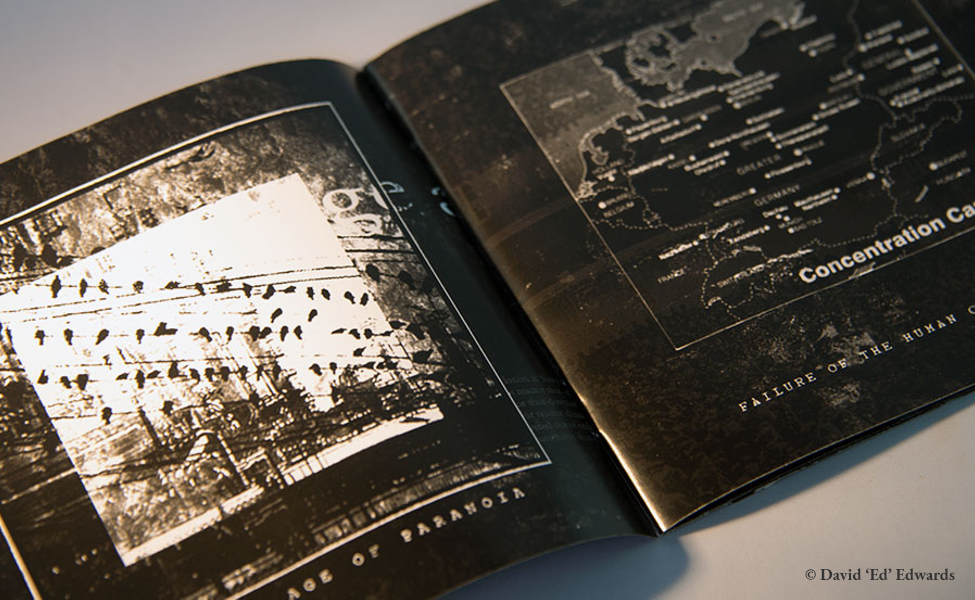 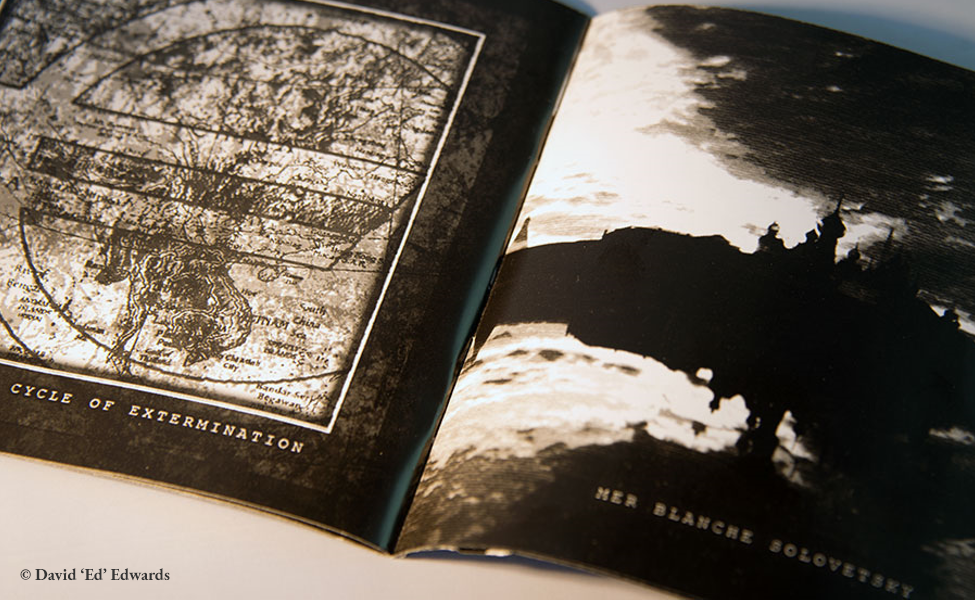 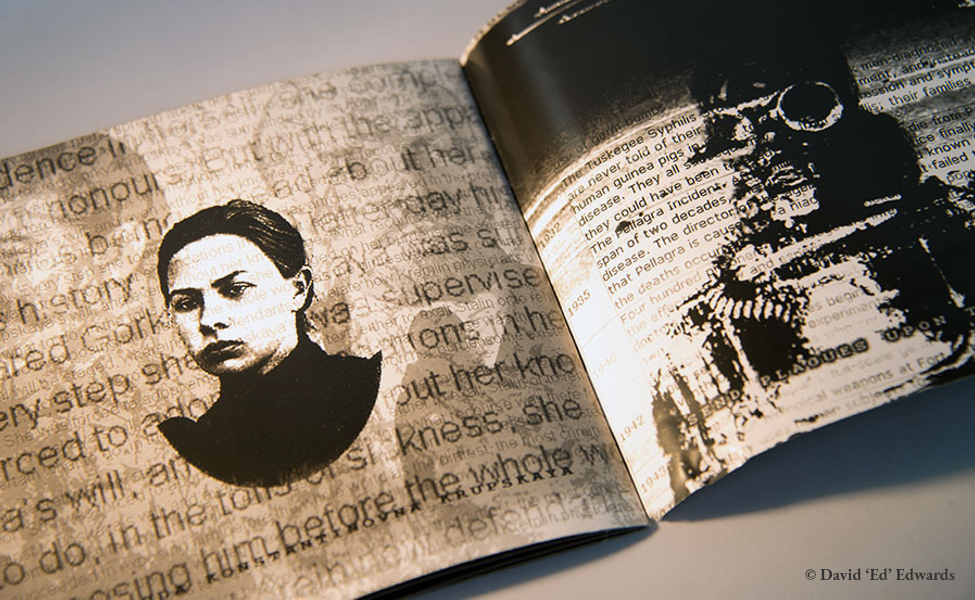 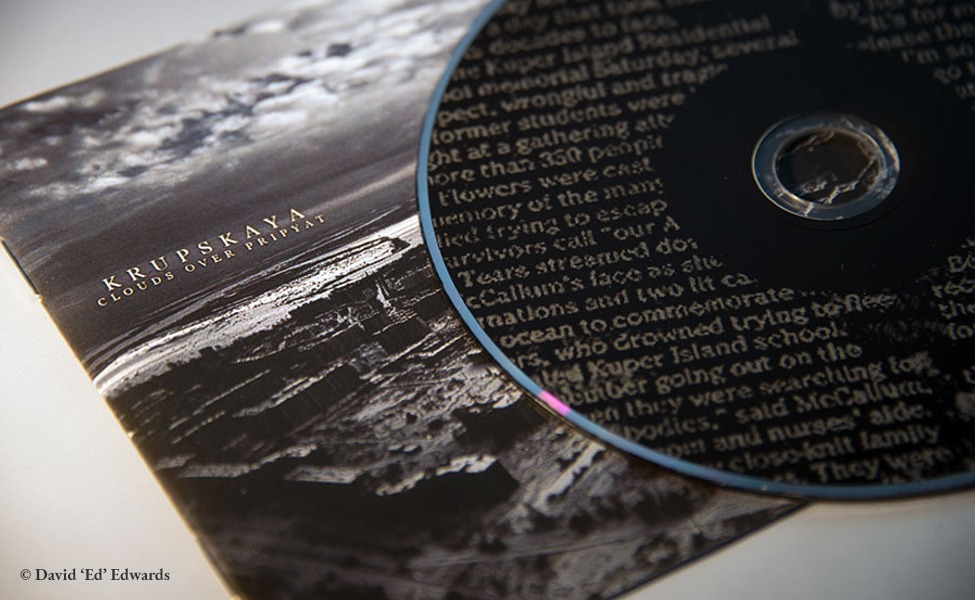 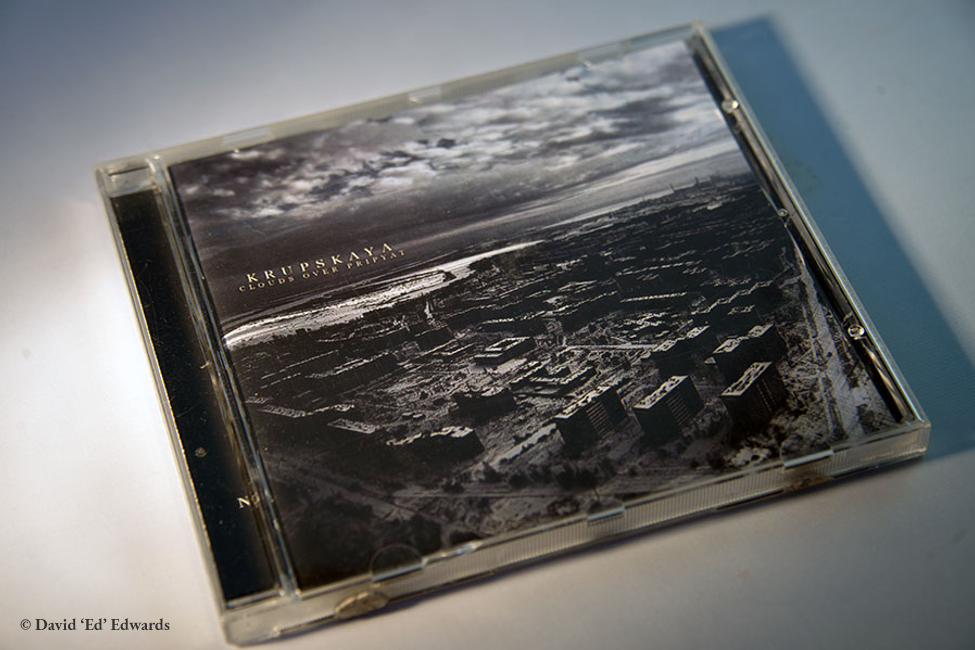